Furnace Fest is back this year, though its dates have been postponed to this fall, September 24-26. The festival takes place at Sloss Furnaces in Birmingham, Alabama and was originally planned for its 20th anniversary last year, but due to coronavirus concerns was moved to May of this year, and the event has now been moved again.

The lineup includes several of the bands originally set to play at the event with some variations as well. Among those to appear are Converge, which was also included on the Cyberpunk 2077 tracklist, and drummer Ben Koller has hinted that the band is ready to record new material.

Also to play is Touché Amoré, who shared a new music video for their song “Lament” late last year and is to perform as part of Coheed and Cambria’s S.S. Neverender Cruise for October 2021.

Unfortunately, Furnace Fest was not the only event to face postponement or cancellation due to the pandemic, which also affected festivals such as Governors Ball, Coachella, SXSW, and Pitchfork Music Festival. 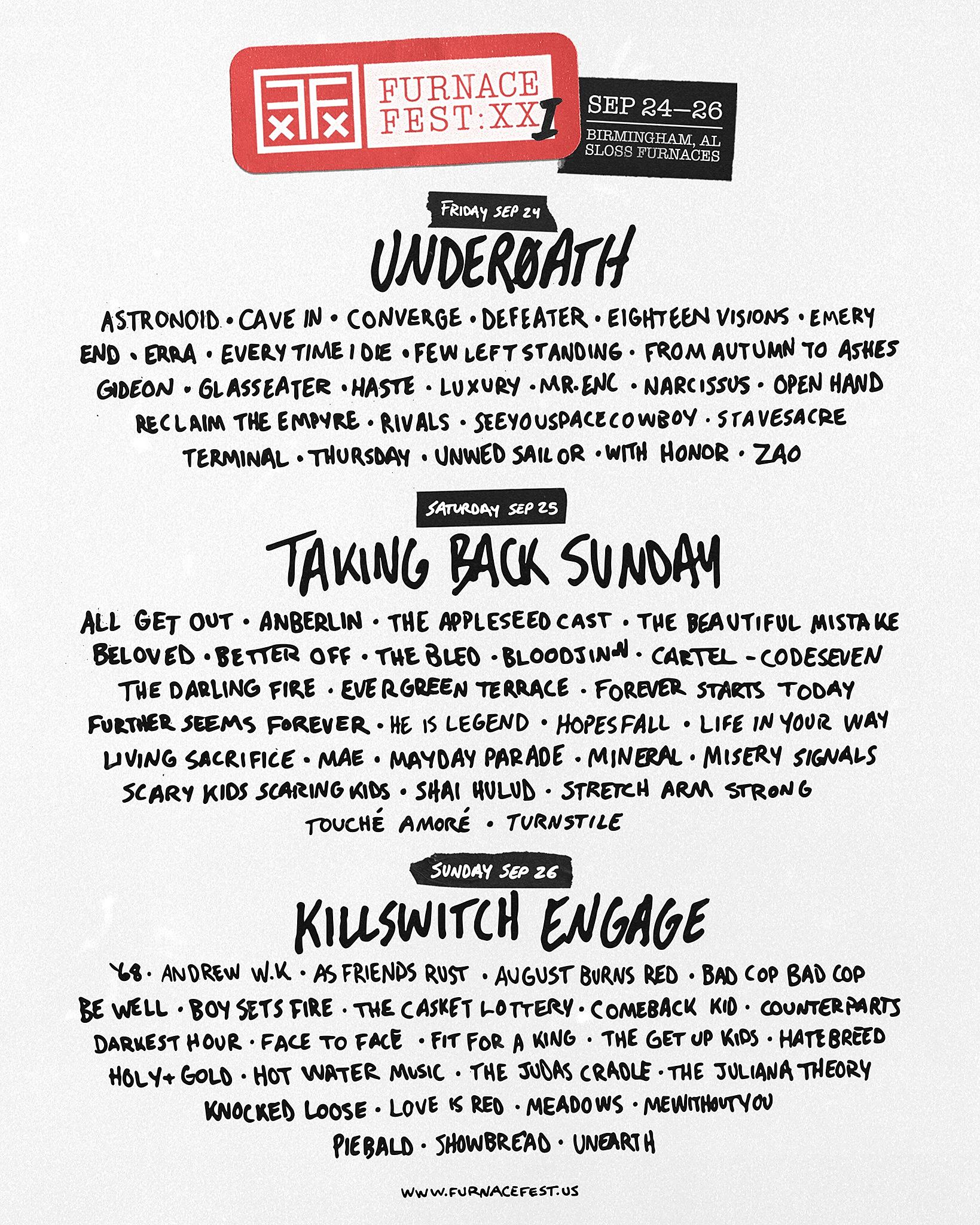