Soul, R&B and pop singer Arlo Parks has announced her biggest headline tour yet, according to BrooklynVegan. Park will take to the road this fall for a coast-to-coast tour of the United States, stopping in some of America’s biggest and most vibrant cities, including Philadelphia, New York City, Boston, Chicago, Denver, Portland, Seattle, San Francisco, Los Angeles and more. Many of the upcoming shows will also feature Florence + The Machine.

This is her second tour where she will perform her debut album Collapsed In Sunbeams, which was released earlier this year to rave reviews. The album has already earned a slot on numerous year-end lists, including The Gaurdians’s “The 50 Best Albums of 2021” list, where the album placed as 9th, and Paste’s top 50 list, where it placed 21st. Alexis Petridis of The Guardian described Collapsed in Sunbeams as “a diaristic, near-perfect debut” that “feels like a warm breeze in the depths of a miserable winter.”

Parks, who won the Mercury Prize for her debut album Collapsed in Sunbeams, is also nominated for Best New Artist for the 2022 Grammys, which is live this Sunday. Some of her competitors include Finneas, Glass Animals, Japanese Breakfast, Olivia Rodrigo, and others.

You can check out Park’s jam-packed 2022 tour dates below.  The tour will kick off on September 2 in Laval, Québec and will wrap up on October 12 in Atlanta, GA. 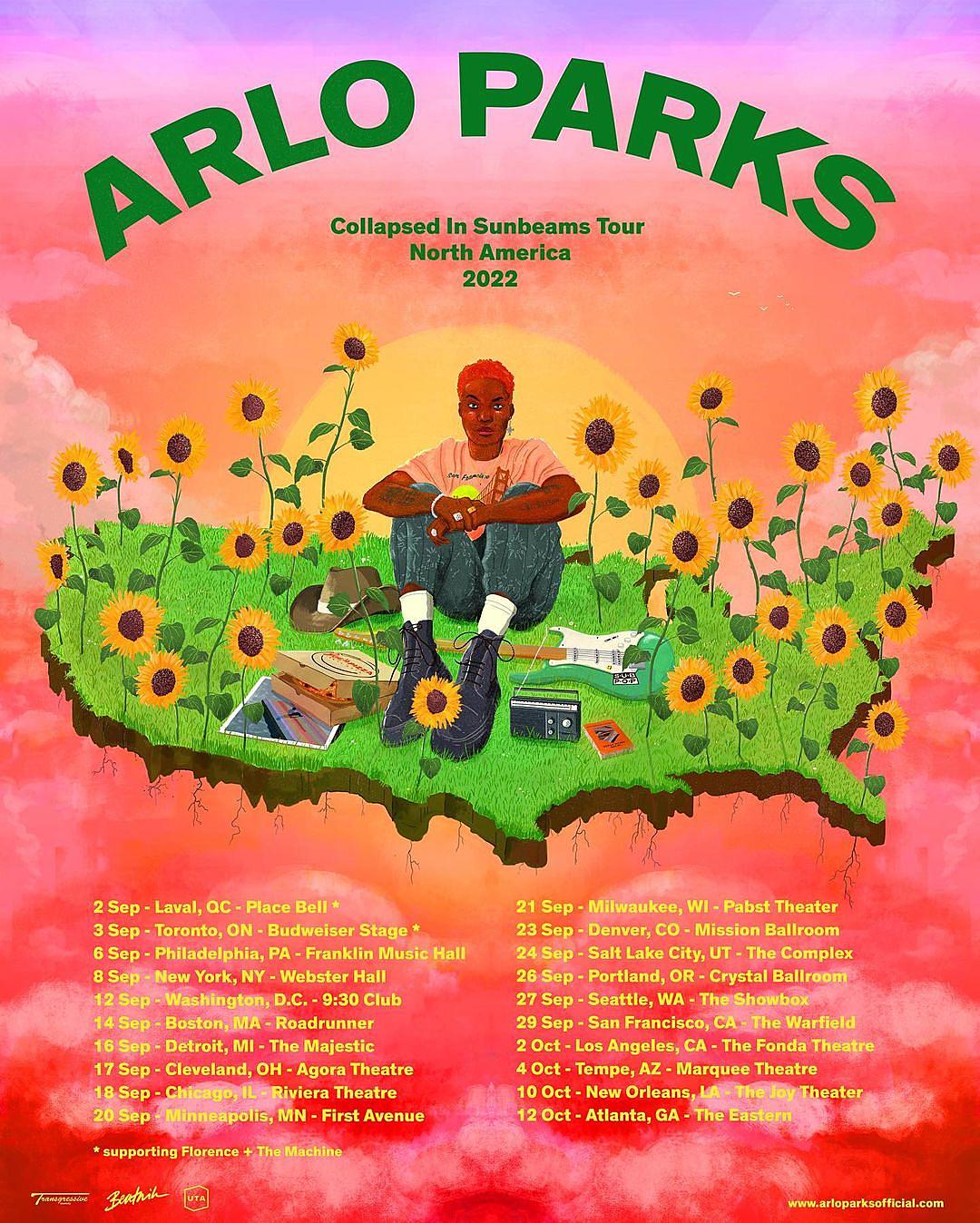