Grammy–nominated, multi–platinum artist Logic (Robert Bryson Hall II) released two new singles today, “Decades“ and “Tetris“ which are now available on all digital retailers and streaming services via Def Jam Record­ings. The release of Decades and Tetris coincides with the announcement this week that Logic and Wiz Khalifa will co–headline their Vinyl Verse Tour 2022, which is produced by Live Nation, feat­uring special guests DJ DRAMA, C Dot Castro, and Fedd the God.

The two tracks feature the MC bringing back the sounds of rap from the golden era, while still keeping his modern edge, as he does on “Decades.” The song starts with a lo–fi, throwback beat with Logic‘s nimble flow on full display. The production switches to a more contemporary sound as the record progresses, with the beat becoming more energetic and Logic‘s delivery becoming more intense.

The second song and accompanying video “Tetris” is a love letter to his achievements in the rap game, as he looks back on all he’s accomplished and what set him apart from the rest. “Tetris” is a high-energy banger that finds Logic celebrating his success with braggadocious lyrics and an infectious hook. The video features Logic in a slice-of-life montage gone strategy. Throughout the video, Logic uses his trait of the same name to win in various scenarios, from solving a Rubik’s Cube to getting a checkmate in chess. The message clearly is that with enough skill and intelligence, you can rise above the rest.

Logic will embark on the 28-city Vinyl Verse Tour 2022, his first major tour since he wrapped up the 26-city Confessions of a Dangerous Mind Tour of North America in October-November 2019. The tour begins July 27th at FivePoint Amphitheater in Irvine, CA. You can stream Logic’s new singles below. 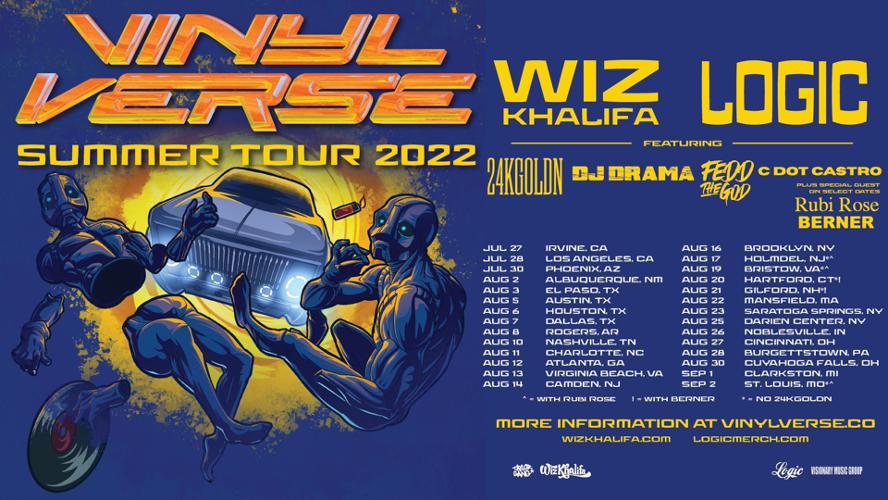