“Long Live the King” starts with a few bars of tender piano before Price begins. Her voice is willowy and cuts clearly above the quiet wail of the organ. For the first few verses, she strikes a careful balance between her vocals, the gospel chorus, the organ, guitar and piano. She sings of Elvis, then MLK before diving into a sweet chorus. The guitar riffs enter during her chorus about John Lennon, which is when Price is joined by loud and triumphant brass. The song finishes wistfully, “The King is dead/He’s long gone/Long live the King.”

“‘Long Live The King’ is a song about three extraordinary men who changed the course of history for the better… But no one is without flaw, and they each had a duality to their personalities. This song is also about not idolizing celebrities or putting people up on a pedestal because we are all human and we all make mistakes,” said Price in a press release.

Price will also be starting a mail-order record club called “A Series of Rumors.” Members of “A Series of Rumors” will receive three autographed, limited-edition 7-inch vinyls. Price has announced that several B-sides of the records are unreleased collaborations with Price’s band, The Pricetags, collaborations with Band of Heathens and studio sessions at Hollywood’s East West Studios and Nashville’s Butcher Shoppe. Songs include “Long Live the King,” “Hey Child,” “He Made a Woman Out of Me,” “Letting Me Down” and “I’d Die For You.” Future B-Sides will not be announced until received by fans. 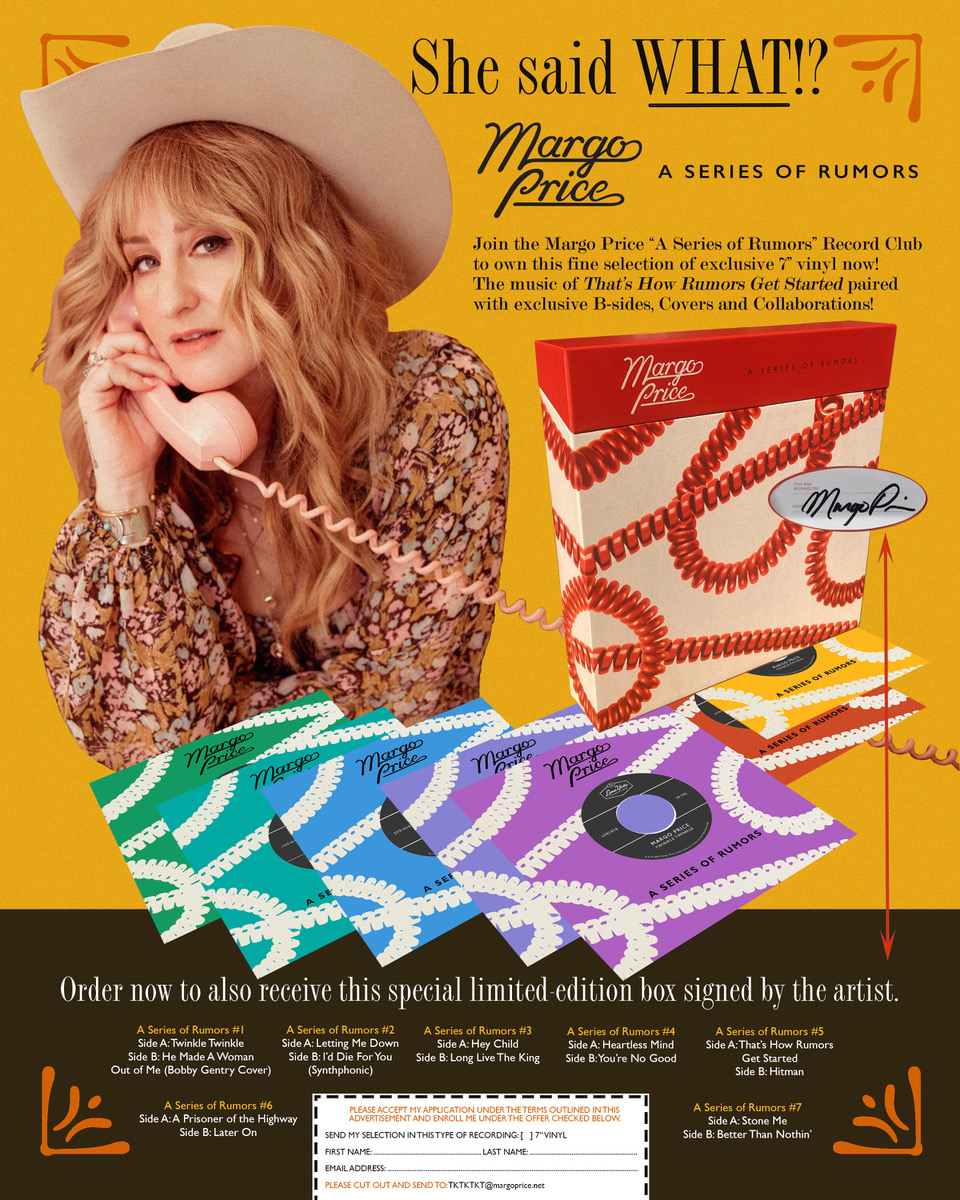 In addition to releasing her new song and beginning her mail-order record club, Price announced her tour dates for 2021 and 2022. The singer will be performing at several outdoor and indoor venues, including Caverns Above Ground in Pelham, Tennessee. For 10 of the 12 dates, Price will be joined by country star Chris Stapelton.

Price is also set to perform “Long Live the King,” at a livestream performance on May 21, 2021, at the Ryman Auditorium in Nashville. To purchase tickets for the event, click here.

Recently, Price became the first woman to join Farm Aid’s board of directors. She also performed with both Nathaniel Rateliff and Loretta Lynn earlier in 2021.