Bust out the body paint and glitter because Insomniac’s 8th annual, Electric Daisy Carnival is coming to Orlando this November 9th and 10th. This year’s festival returns to the historic Tinker Field and features over 50 artists from the dance music world.

Electric Daisy Carnival began as a rave in 1997 and has expanded to a two-day event that is now one of the world’s largest dance festivals. Last year EDC Orlando saw nearly 80,000 Headliners. In addition to Florida and Las Vegas, EDC also takes place in Mexico and Japan. 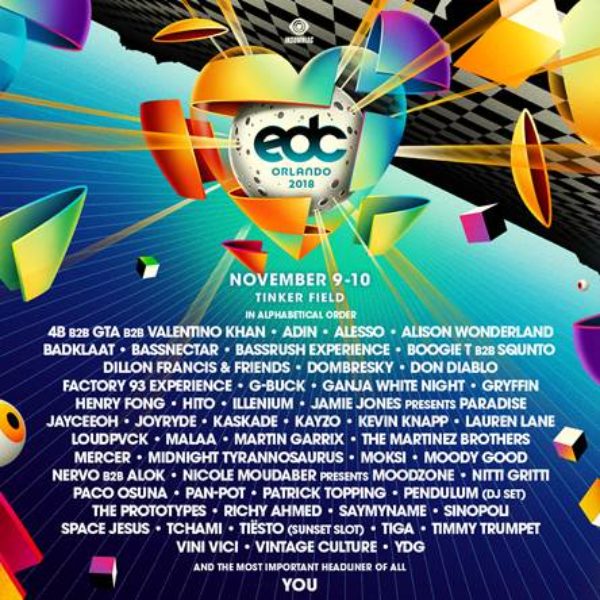 DJ, Dillon Francis, has earned a reputation for not only cranking out the EDM hits but also his sense of humor. A previous announcement reports Dillon is set to star in a Comedy Central show called Living the Dream. Dillion previously appeared on another Comedy Central program called Taskmaster. According to Rolling Stone, Dillion’s new Spanish language LP Wut Wut, is scheduled for release on September 28 of this year.

Tiësto, the “Godfather of EDM, plays the special “sunset slot” of the festival and Australia native Alison Wonderland returns to EDC after releasing her 2nd album Awake in April of this year.

Tickets for EDC Orlando start at $159 for General Admission and $359 for VIP passes. Find more information and purchase tickets here.