Pitchfork Music Festival has just announced their 2017 lineup headliners, with more artists to be announced soon. The artists that they chose to dominate their stages this summer in Union Park are A Tribe Called Quest, LCD Soundsystem and Solange. The Chicago festival is set to kick off on July 14 and finish a couple days later on the 16. The annual festival, hosted by the online music magazine Pitchfork, has been officially running since 2006 and has hosted some of music’s biggest names.

Single day tickets and three-day passes for the festival are still available via the Pitchfork Music Festival website for $75 and $175.

The Brooklyn Based rock band, LCD Soundsystem, are set to perform on the festivals opening night. They are currently working on what will be their first album since their 2010 release, This Is Happening. The group first exploded back into the lime light during their headlining gigs at North America’s biggest festivals last year, such as Bonnaroo and Lollapalooza. These performances ended their long running five-year hiatus.

A Tribe Called Quest is still riding their revisited success wave, created with their comeback album We Got It From Here… Thank You 4 Your Service. The reunited group hadn’t released an album for 18 years prior to this one. The record’s success has landed the group with big gigs including, most recently, their politically fueled performance at the 2017 Grammys with Anderson Paak and Busta Rhymes.

Beyonce’s sister, Solange, was hugely successful with her latest release, A Seat at the Table. The album was released back in 2016 and rivaled her sister’s on numerous different best-of categories for that year. Solange is set to close out the festival on that Sunday night of the 16 and should do so with a bang. The artist will also be involved with the festival through her label and arts platform, Saint Heron. The art organization will provide the festival grounds with various installations, films, artist talks and jazz jam sessions through out the weekend.

The festival’s remaining performance slots, usually spanning 40 or so artists accross their three stages, will be announced within the next six weeks, according to the Chicago Tribune.

UPDATE: The full lineup has been announced and is featured below with the festival flyer. 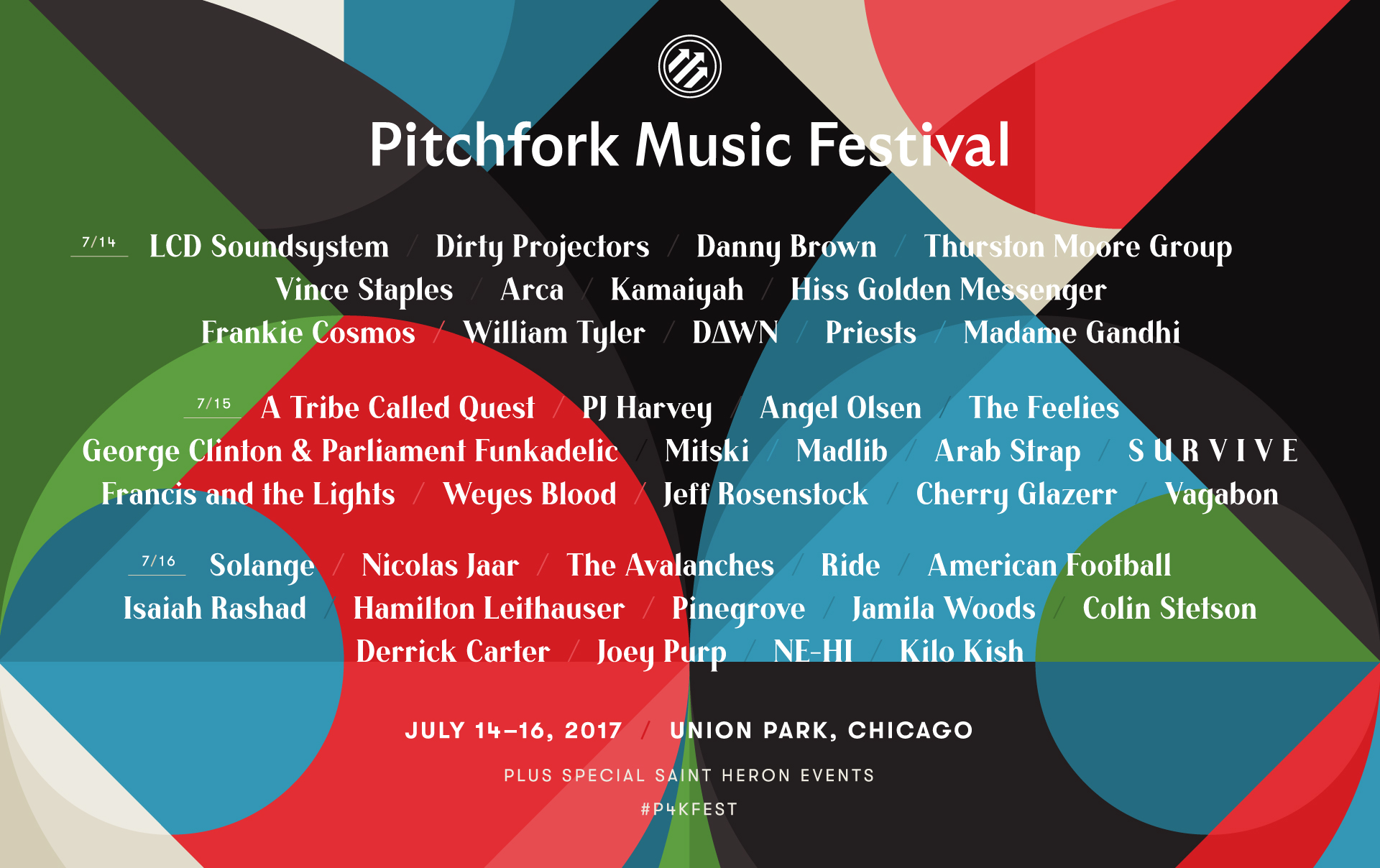