For the 5th year in a row, the city of Los Angeles is privy to what is now a two-day extravaganza: Camp Flog Gnaw Music Festival, which opened its gates on Saturday for its annual weekend celebration of music, food, and fun on the grounds of the famous LA Coliseum in Exposition Park. Founded by Tyler, The Creator, it has become one of the marquee city festivals to attend, with a lineup that includes its founder and many other hip-hop/R&B rooted artists, both old and new school, such as Lil Wayne, A$ap Ferg, Action Bronson, Toro y Moi, Erykah Badu, and more.

Smaller festivals, like Camp Flog Gnaw, often try to include everything the larger festivals provide while working within the space that is available, and whilst Exposition Park is no stranger to large events, with it being the location for FYF Festival and of course the USC Trojans’ home field, Camp Flog Gnaw manages to create a unique setup that help it set itself apart from the other events that take place there throughout the year.

Walking through the entrance there is an immediate realization to why the festival holds the name Camp Flog Gnaw. Once you have passed security check and have entered the grounds you arrive at the carnival section, and before heading to either of its two stages, it’s a necessity to take a few moments and checkout this carnival experience. Entering the carnival, you are greeted by nine different rides, ranging from your choice of enormous slides, swinging chair carousel, pendulum rides, drop towers, or three different ferris wheels (two of which are set up with a perfect view of the stage). Also available are carnival games that will likely seem nostalgic to one’s childhood, playing games and being able to win a coveted stuffed toy. Somehow Camp Flog Gnaw manages to incorporate the old with the new, bringing back what has become somewhat of a lost attraction. With all its rides, building up an appetite is a surefire, and luckily there is a cornucopia of food trucks, snack stands, and concession bars where you can purchase anything from tacos, to pizza, to fried chicken, Asian cuisine, Southern cuisine, donuts, and if you’re craving a real special treat, Action Bronson’s “F*CK! That’s Delicious” stand is serving top of the line food created by the rapper/chef himself.

Once the thrill of the rides has passed and it’s time for some music you have to make a choice between the festival’s to stages. Head towards the left and you get to the main Camp Stage, where Chance the Rapper, A$AP Rocky, Tyler. The Creator, and Lil Wayne threw down monster sets that seemed to have shook the ground itself with so many fans jumping, or head to the right down the path of Flog Gnaw inspired murals to the smaller Flog Stage, where DJ Mustard, Toro y Moi, Kehlani and others performed killer sets for their fans to groove out to.

Camp Stage brought the fire early in the evening, when Chance the Rapper took the stage, performing electrifying songs from his new Coloring Book LP that got the crowd moving. Watching Chance sliding across the stage during “Pusha Man,” which featured cohort Donnie Trumpet throwing in mesmerizing horn-lines in between Chance’s gripping lyrics, was a bone-chilling experience. The crowd seemed to connect with Chance instantaneously, his hip-hop/R&B vibes moving the crowd off their feet, touching souls and plucking on heart strings. Throwing down on a rendition of Kanye’s “Ultralight Beam” with an incredible gospel tone sent shivers down the spines of the audience, causing tears to stream down many audience member’s faces; this was quickly followed by a funky bass line that immediately shook the ground underneath. The energy level after the show led perfectly to move on to the next set, which meant either staying by Camp Stage to wait for A$AP Rocky, or groove out at Toro y Moi, but with such a powerful set from Chance, it was tough for many to mellow out. 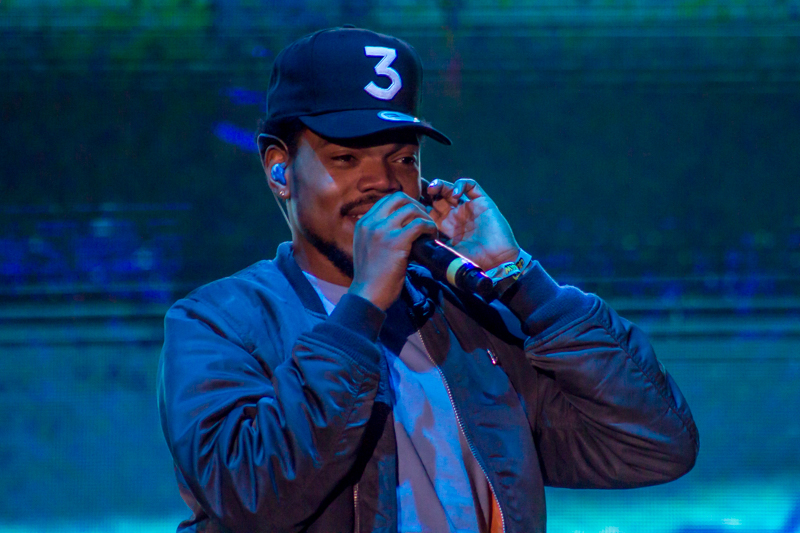 Following up Chance on the Camp Stage was A$AP Rocky and his crew brought an epic stage design to an already powerful set. A huge video game controller with the video projection across it set the background to a crazy hip-hop party that was happening on stage and in the crowd. “Money Man”, “Goldie”, “L$D” were only of few of A$AP’s tracks that the crowd lost their minds to, but what really sent everyone into a frenzy was how the A$AP Mob controlled the crowd during “Crazy Brazy”, thumping the bass as hard as possible and dropping bars on the audience, making sure they wouldn’t forget what they had just experienced. 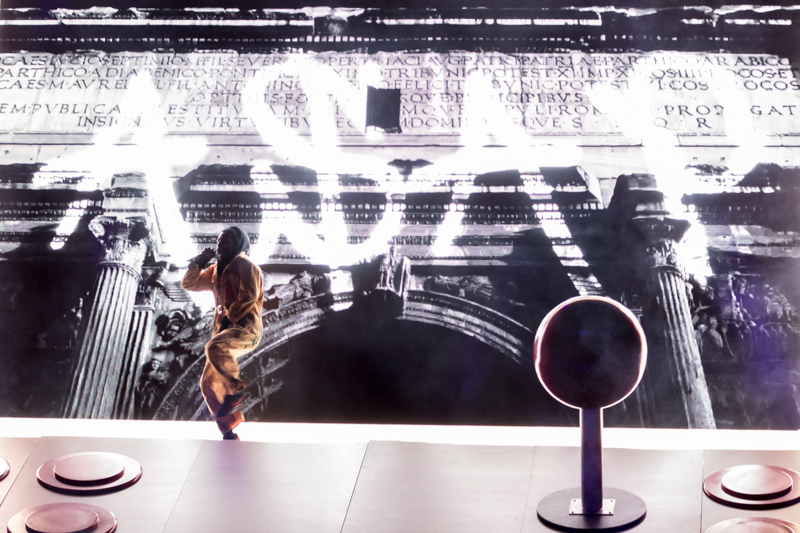 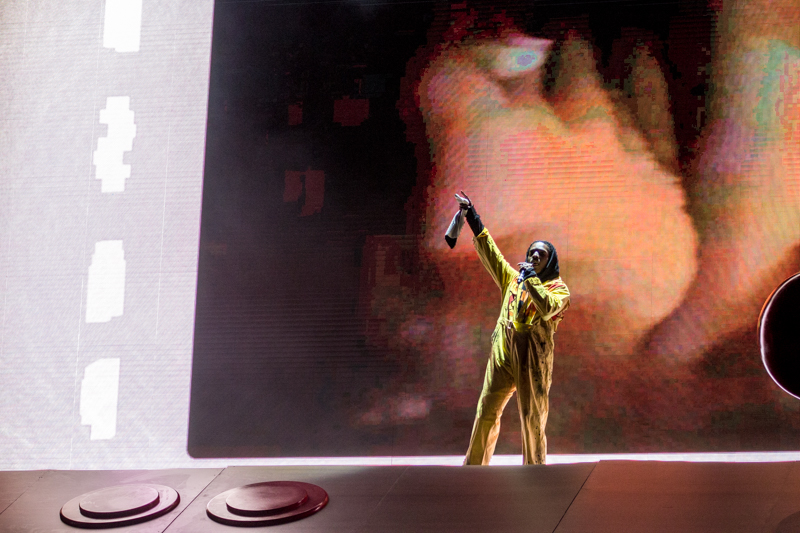 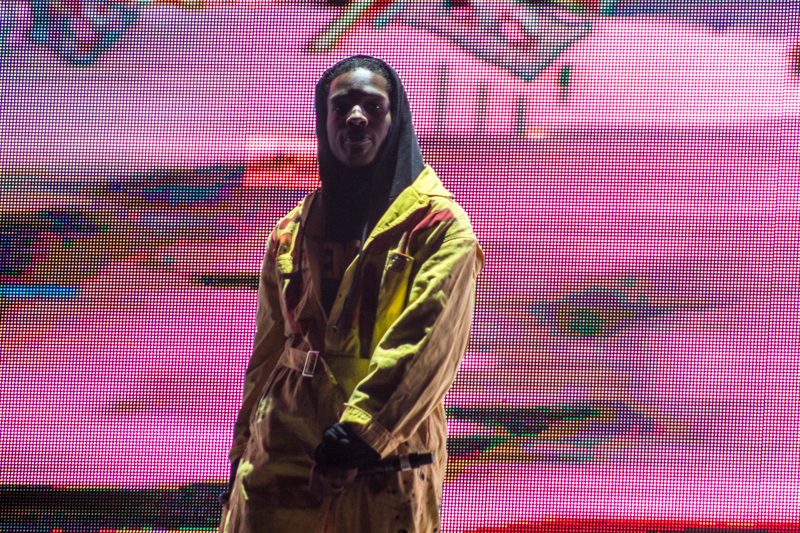 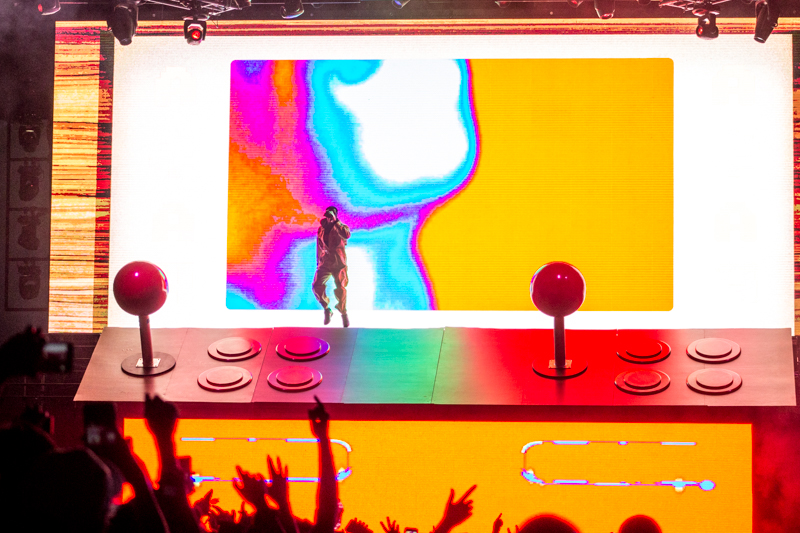 Once the mob was done, the next man up on the Camp Stage was none other than Camp Flog Gnaw’s founder, Tyler, the Creator, who made sure that his show would be one to remember, one that the crowd would be talking about for the rest of the festival and beyond. With no special set from which to perform, and only a white curtain behind him and a few ambient lights, Tyler walked onto stage with his hype man and longtime Odd Future conspirator Jasper, and held the crowd in the palm of their hands from start to finish, causing people to jump on top of each other the whole performance. Bringing A$AP Rocky and Playboi Carti out to pyrotechnics on “Telephone Calls”, making everyone crouch down to the ground during “Tamale” until the epic bounce drop that must have been felt all the way in New York, and melting faces while spitting fire to “48”, Tyler pulled out all the stops for his fans and held nothing back; not a soul was even considering leaving early. To close out the show, Tyler was feeling his political side take over and chose to send out a message to the crowd regarding our newly elected president, having YG join him on stage to perform “Fuck Donald Trump” as a final statement, and the crowd was right there with him singing along to the lyrics, and bringing the show to an emphatic end. 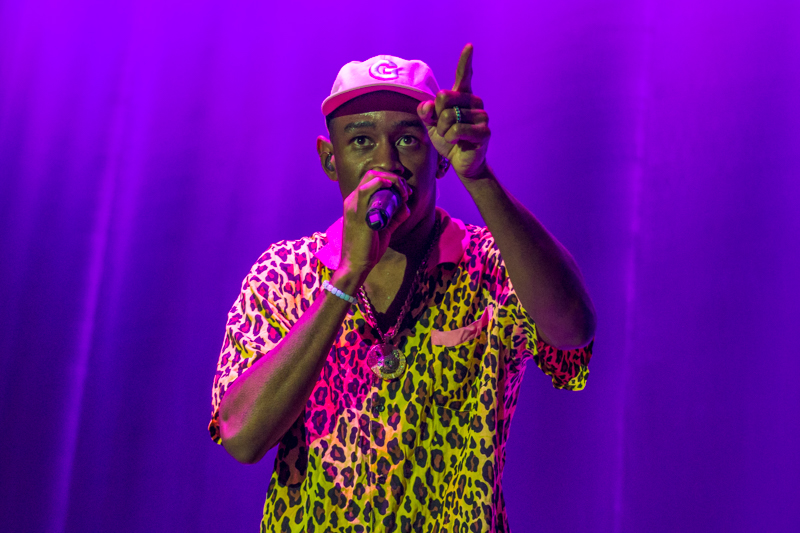 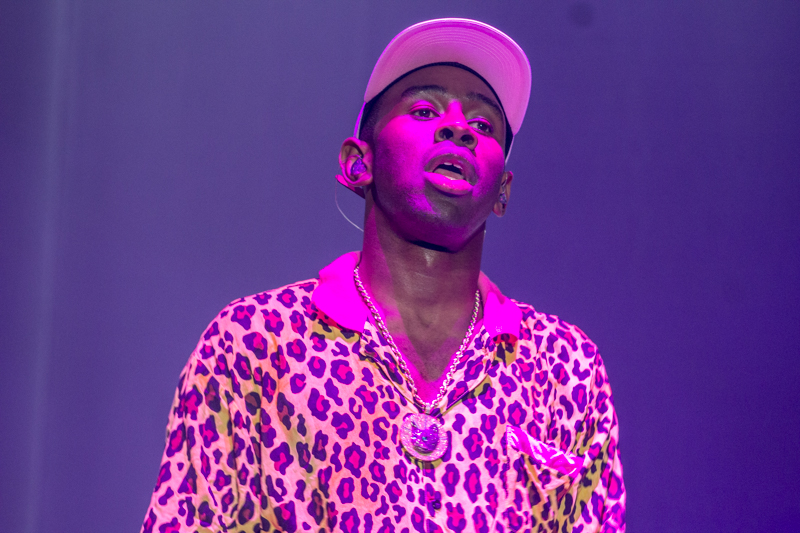 There was no better choice to close out night than Lil Wayne, whose presence alone was able to cause people to go nuts. Playing his popular tracks, such as his “A Milli” opener or “Lollipop” in the middle of his set, Lil Wayne also graced the crowd with some of his old underground mixtape work, including bringing Chris Brown on stage with him to perform “Lit” while introducing him as his “brotha from another motha.” The crowd was part of the Lil Wayne posse the entire show; everyone seemed to know each lyric and was rapping right along side Lil Wayne on stage, who was dancing and thrusting away while puffing on one blunt after another. The show ended in a small confusion, ending 15 minutes before its scheduled time without any encore, so whilst the crowd was still on the highest level of energy, they were informed it was time to leave. 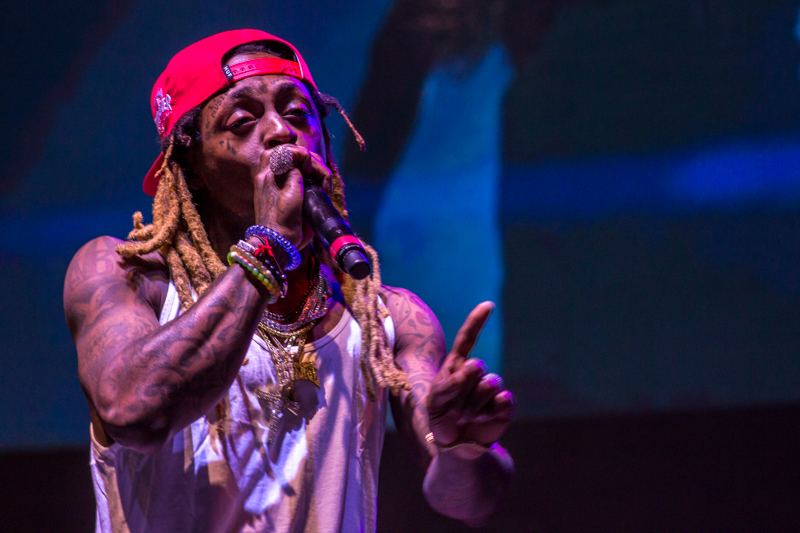 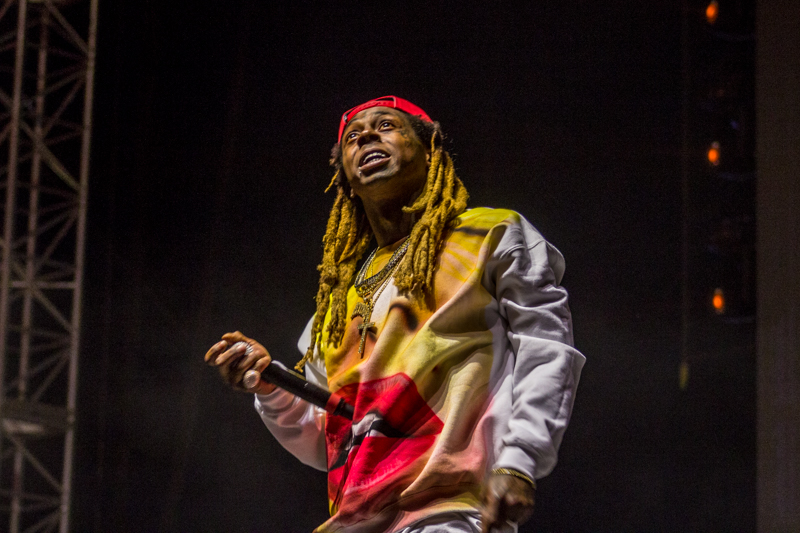 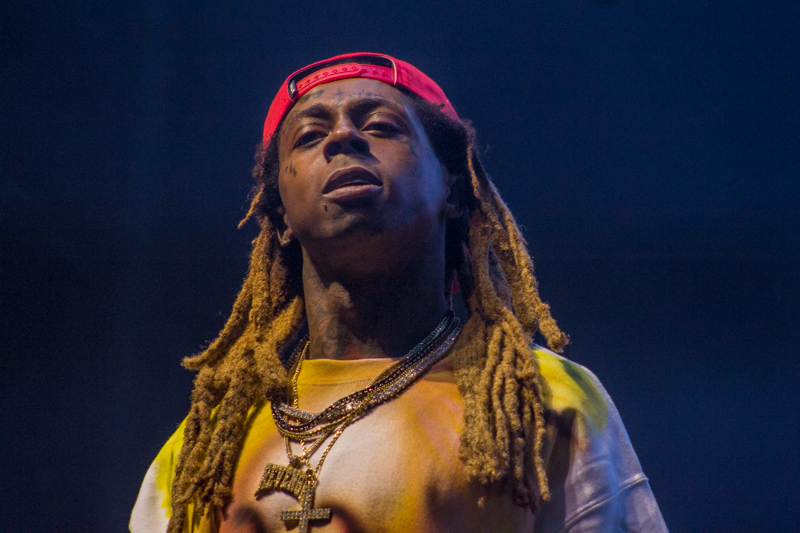 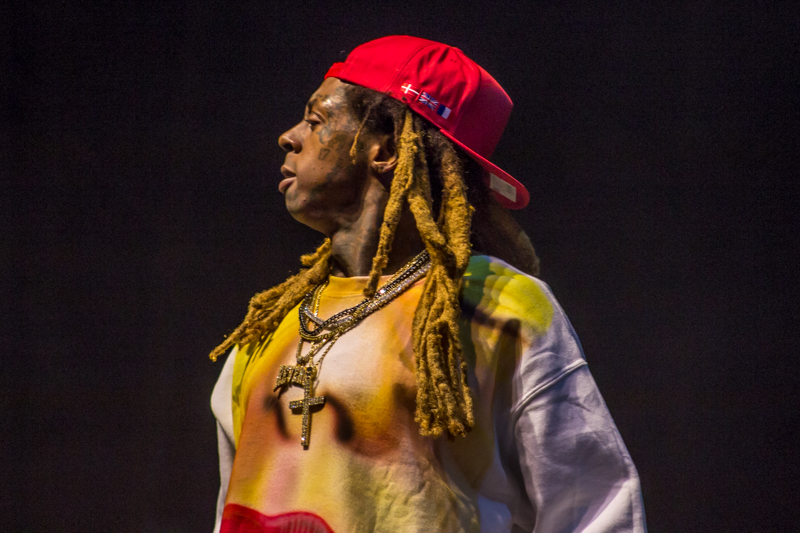 Day 1 was hip-hop experience like no other. The 40,000 person crowd was enthralled from the beginning of the day until the end, and with a day filled with so much incredibly music and overwhelming positive energy, it seems impossible to calm the mind whilst anxiously awaiting day 2. 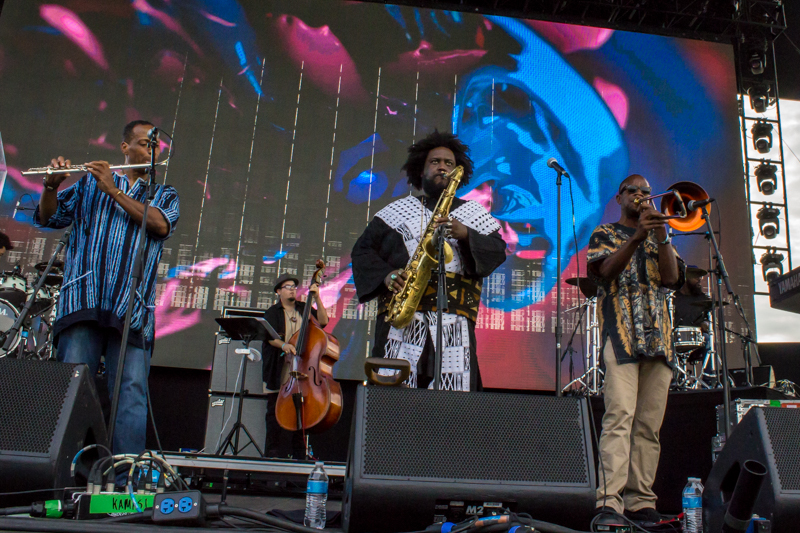 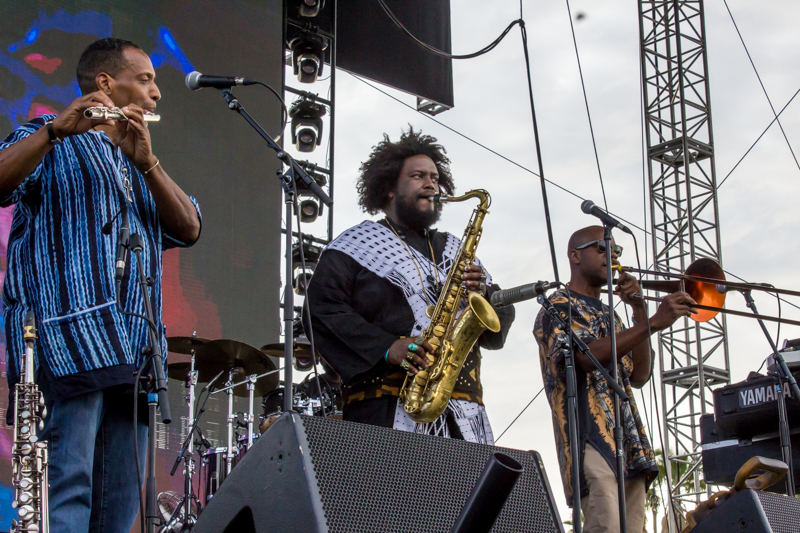 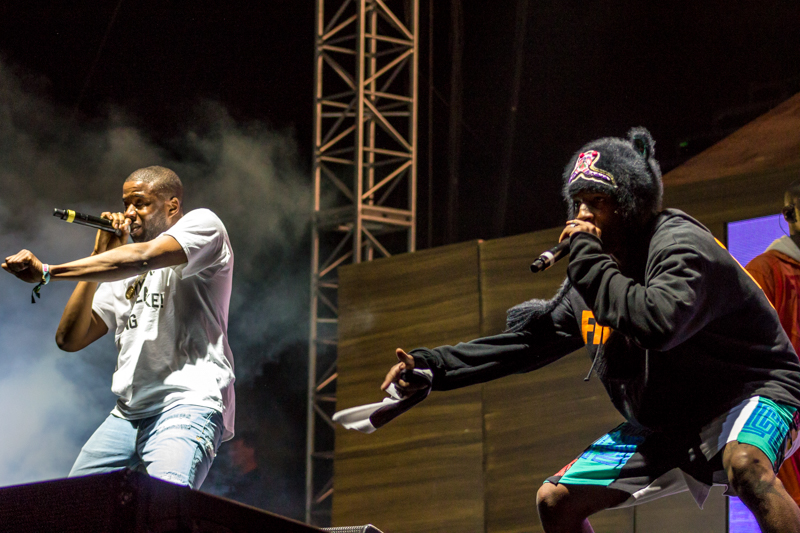 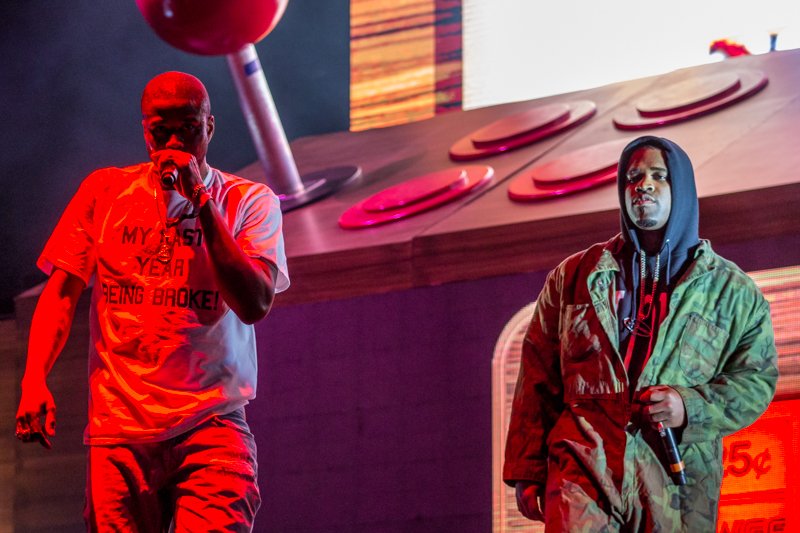 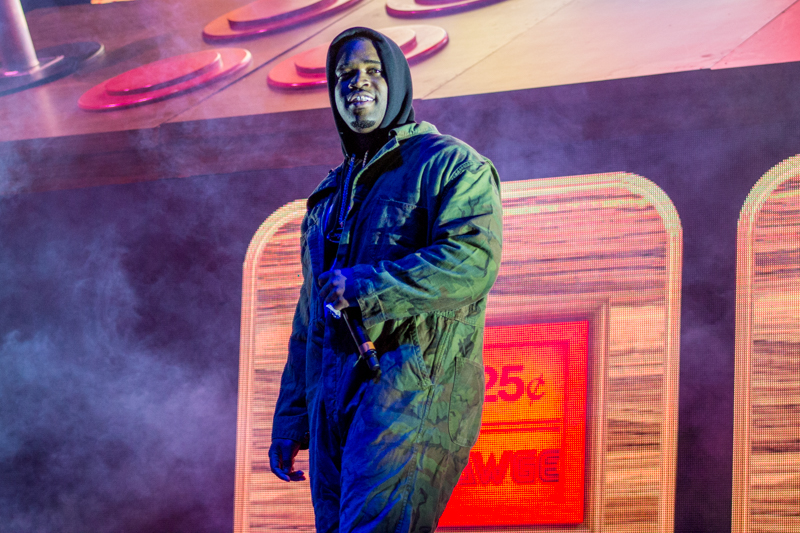 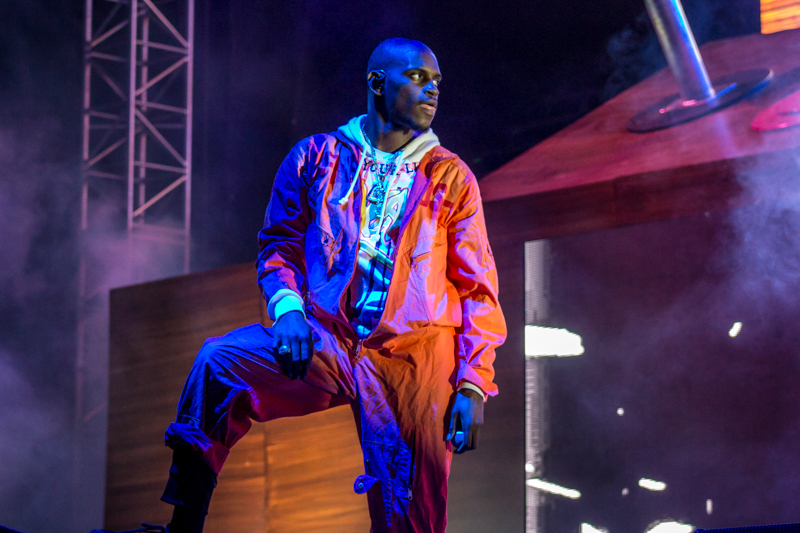