Municipal Waste, a Richmond, Virginia–based crossover thrash band that has been around since 2001, has announced their East Coast/Midwest tour with hardcore punk band Integrity, and black metal legends Bewitcher, according to Brooklyn Vegan. The six-date tour begins Saturday, June 18 in Syracuse, New York, and finishes up on Friday, June 24 in Columbus, Ohio. Tickets are available here.

Though the tour is short, it is certain to be a wild one. Municipal Waste is known for their high-energy live shows, and Integrity is no slouch either. Bewitcher, who hails from Portland, Oregon, are a fairly new band formed in 2013 but have already made a name for themselves in the metal world. You can expect nothing but pure chaos when you have a lineup like this.

Each of these bands brings something unique to the table, so this tour is sure to be a must-see for any fan of heavy music. If you’re lucky enough to be in the area when these bands roll through, do yourself a favor and check them out.

Integrity also announced that it would be reissuing the band’s first two albums, 1991’s Those Who Fear Tomorrow and 1995’s Systems Overload, in remixed and remastered form, produced by Arthur Rizk. They come out June 10 via Relapse, but you can pre-order here. Municipal Waste‘s Electrified Brain is scheduled for release on July 1 via Nuclear Blast. 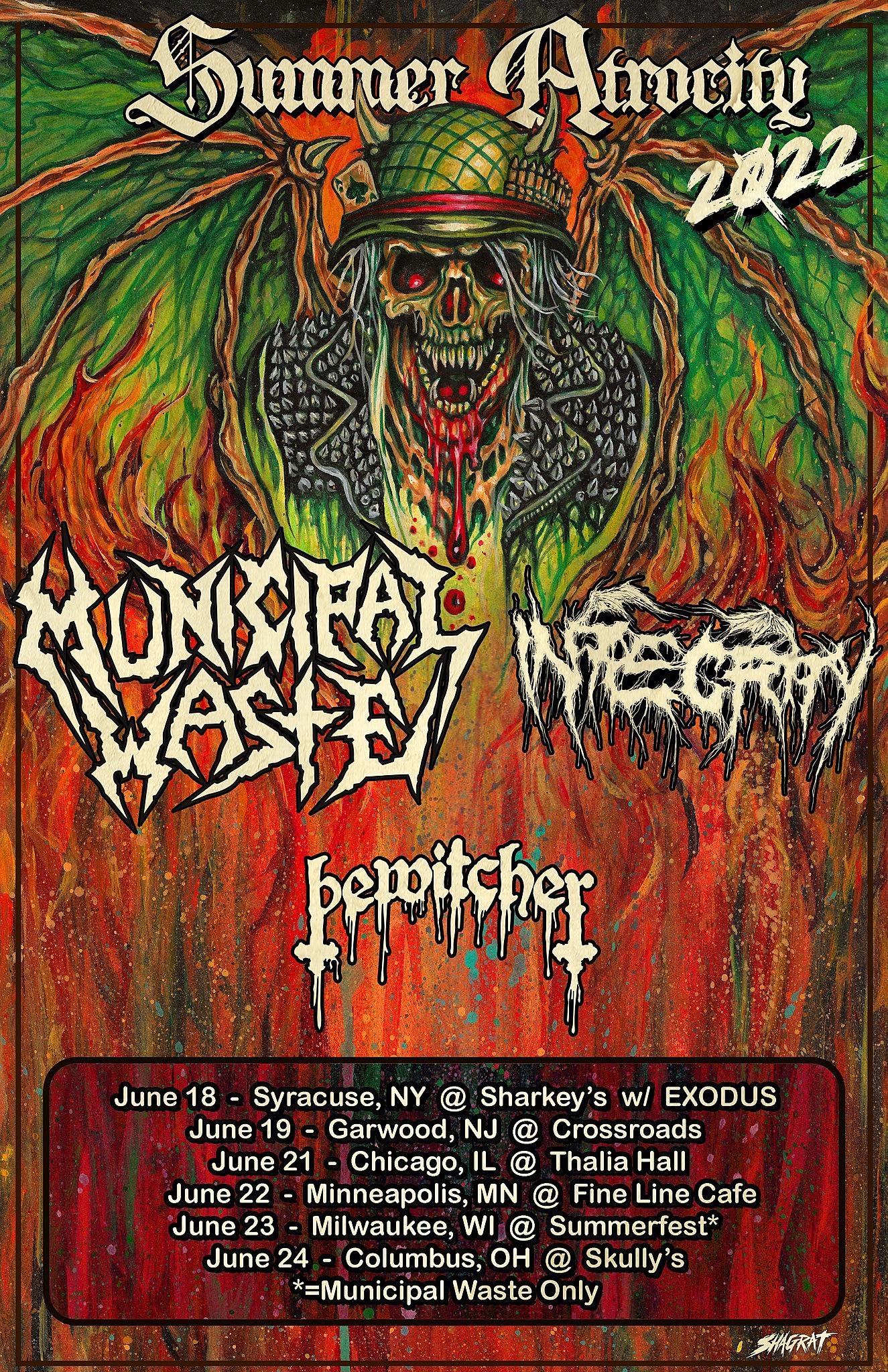