President-elect Joe Biden is holding a concert just a few days before his inauguration. The concert is will begin at 8 p.m. ET on January 17 and features artists such as Fall Out Boy, James Taylor, Will.I.Am and AJR.

Entitled “We the People,” Biden’s upcoming event is an endeavor to gather Americans with one heart after a year of many trials and intentionally includes a diversified array of artists to unite the nation. Tickets for the event will be available for a donation of any amount through ActBlue. After donation, you will receive a link to the convert via email. 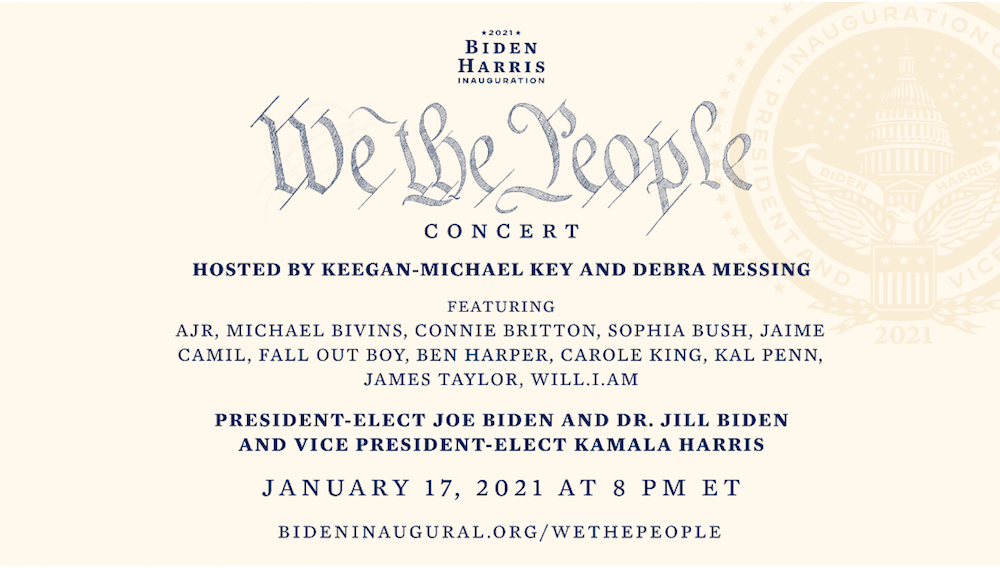 The event will be hosted by Keegan-Michael Key and Debra Messing and will also feature Michael Blivins, Carole King, Ben Harper, James Taylor, Kal Penn, Connie Britton and Jaime Camil in addition to the aforementioned artists.

Ben Harper has been active as part of the background vocals on Ringo Starr’s new single “Here’s to the Nights.” Harper also recently worked with many others together with punk artist Patti Smith on the recent cover of her track “People Have the Power.”

Fall Out Boy prepares for the Hella Mega Tour alongside Green Day and Weezer, who were originally supposed to tour together in 2020, but have been delayed due to the pandemic. These triple legends will hopefully kick off their tour at the new date March 13, 2021.

More stars are set to appear at Biden’s virtual inauguration special on January 20, such as Justin Timberlake, Jon Bon Jovi and Demi Lovato. Tom Hanks will be joining in as well as host for the evening and Lady Gaga will sing the National Anthem to top things off.