Due to the ongoing coronavirus pandemic, the Rebel Rock Festival initially planned for Sept 18-19 2020 at the Central Florida Fairgrounds in Orlando, Florida, will now be rescheduled to the weekend of September 24-26 of next year. As previously reported on Loudwire, “Limp Bizkit, who were set to be one of the headliners opposite Judas Priest, will return in 2021, while Five Finger Death Punch now sits atop the bill as the other headliner.”

A comprehensive list of additional acts to perform at next year’s event have already been announced. Among the already stacked illustrious acts of the mostly metal artists to perform at Rebel Rock Festival 2021, according to the aforementioned Loudwire article, are, “…I Prevail, Skillet, Body Count, Sevendust, Motionless in White, Anti-Flag, DevilDriver, Cold, All That Remains, Escape the Fate, Suicide Silence, Fuel’s Brett Scallions, Nonpoint, Attila, Finger Eleven, Miss May I, Carnifex, Stitched Up Heart, Light the Torch, Saul, Spite, Islander, Another Day Dawns, September Mourning and Fame on Fire playing the music weekend.”

“It was a song about somebody who, during a moment like this, got so mad that they went after the cops. We don’t want that guy. But a lot of times you warn people by saying this can happen. I never killed no cop. I’ve written better songs that are more on point with what I believe today. I was a little more radical back then. ‘No Lives Matter’ addresses my feelings at this moment. You got to remember, 30-years-ago Ice is different than 62-year-old Ice.”

Another group performing at next year’s event is Santa Barbara, California-based melodic death metal collective, DevilDriver. Their latest musical offering “Iona”, along with its accompanying music video, is the lead single off the first half of their forthcoming double album, Dealing With Demons I, via Napalm Records. As previously reported here on mxdwn, “‘Iona’ has a visually appealing horror atmosphere, shot in black and white in the middle of the forest, with images of graveyards, a ghoulish figure and a disaster waiting to happen, begin to unfold. This grim aesthetic matches perfectly with this aggressive heavy metal track, filled with harsh screamed vocals and pulverizing guitar riffs.”

Riverside, California-based deathcore collective, Suicide Silence, have also had to creatively adapt to their touring regiment amidst the current COVID-19 pandemic. The band recently announced international virtual tour dates. As previously reported, here on mxdwn, “Rather than simply live streaming their shows however, the band will be geo-gating their performances, to provide each location with a unique regional performance, accompanied by their own unique sets, exclusive merchandise and what is being billed as “custom experiences” according to a statement posted by the band on social media.”

To inquire about the venue or purchase tickets to next year’s Rebel Rock 2021 event, visit here. 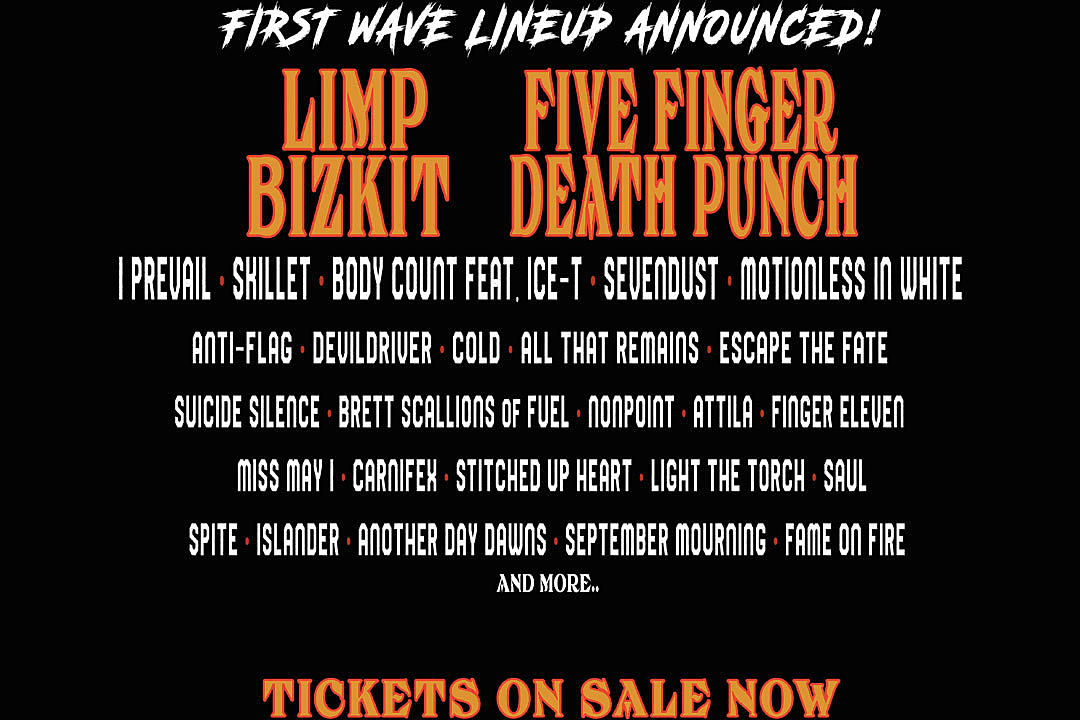