The Cure – Anniversary 1978-2018: Live at Hyde Park is coming to theaters July 11, according to the press release. In collaboration with Eagle Rock Entertainment, the film captures the acclaimed Hyde Park gig celebrating 40 years of The Cure.

The film sees the band take the stage on a perfect July evening in London’s Hyde Park to perform a set of songs celebrating four decades of making music.

For fans interested in watching the film, tickets will be available from June 6th at thecure.film. 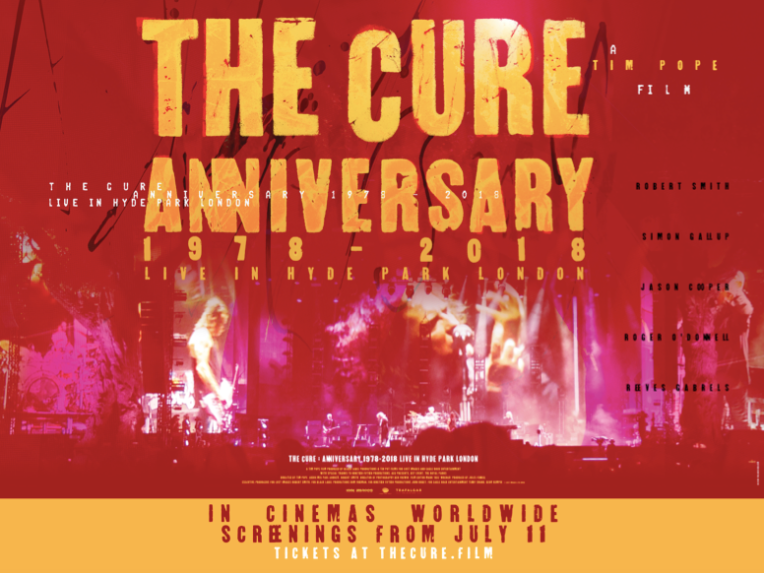 When asked about the film, The Cure lead singer Robert Smith had this to say: “This really was the perfect way to celebrate 40 years of the band. It was a fabulous day none of us will ever forget”.

The global cinema release cements The Core as one of the defining rock bands of music history.

“From Lovesong to Lullaby, from Boy’s Don’t Cry to Burn, from Fascination Street to Friday I’m In Love, Robert Smith and his extraordinary band – Simon Gallup, Jason Cooper, Roger O’Donnell, and Reeves Gabrels – take us on a magical trip through time.”

More information can be found at thecure.film, where fans can sign up for event alerts, including notifications for when tickets go on sale.