New festival Pasadena Daydream has announced its summer lineup on August 31, completely curated by headliner The Cure. In addition to acting as headliners and curaters for the festival, The Cure was recently inducted into the Rock and Roll Hall of Fame by Trent Reznor and has finished recording their first album in over a decade.  The festival will also feature performances from Deftones and Chelsea Wolfe, who––along with The Cure––have both teased new music for 2019, as well as Pixies, whose album Doolittle was recently certified platinum 30 years after its release. The show will take place at the Rose Bowl in Pasadena. This comes after the announcement that Arroyo Seco Weekend, another festival set to take place at the Rose Bowl, was recently postponed without notice and won’t be taking place in June as it had in previous years. Both festivals are promoted by Goldenvoice, along with other famous festivals, such as Coachella and Stagecoach Music Festival. 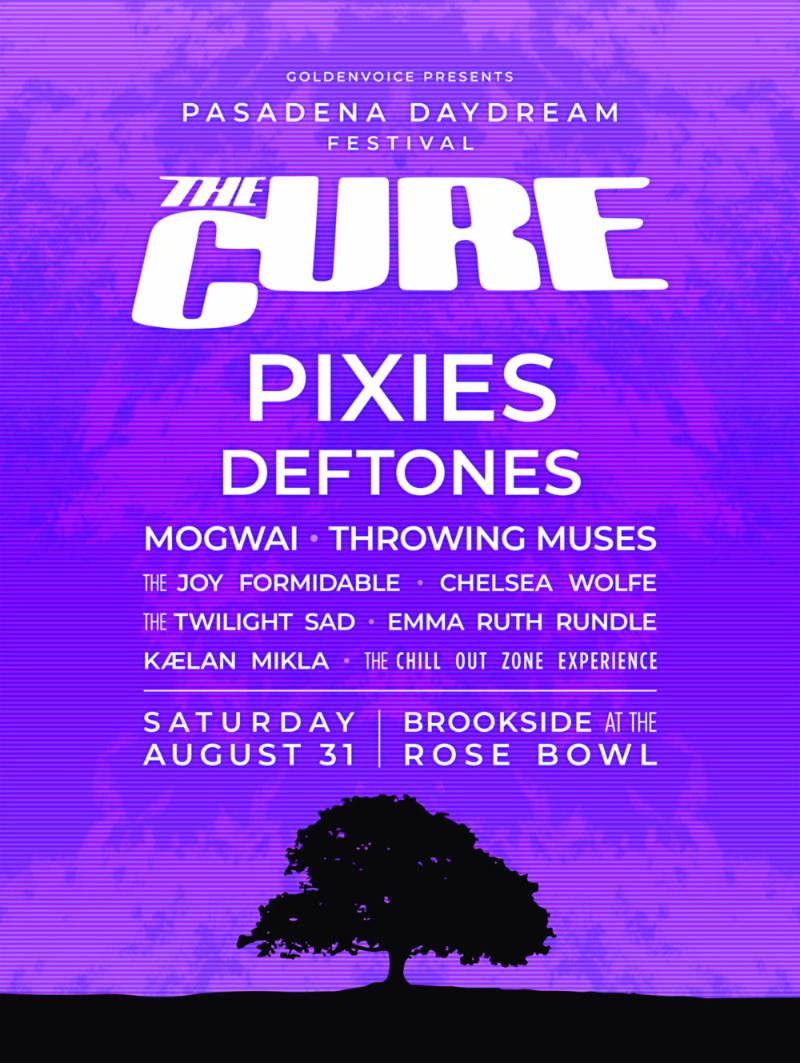 The Cure recently celebrated their 40th anniversary with a concert at Hyde Park in London, and they plan to recreate that experience with the Pasadena Daydream Festival. Robert Smith, frontman of The Cure, commented of the upcoming festival: “Hyde Park was a fabulous experience, the whole day was really magical, and we wanted to create something with a similar celebratory vibe for this summer.” With a full lineup including Mogwai, Throwing Muse, The Joy Formidable, The Twilight Sad, Emma Ruth Rundle and Kælan Mikla, the band is sure to live up to that promise.