Osheaga Music Festival was founded as a European-style music festival. Now, the Canadian festival is a music celebration with a modern twist. An array of contemporary performers from pop, hip-hop and rock will be joined by talents at Osheaga Music Festival on August 2-4 in Parc Jean-Drapeau, Montreal, reported by BrooklynVegan.

The Chemical Brothers, Janelle Monae, Tame Impala, Childish Gambino, The Lumineers, Logic, Flume and more are among more than a hundred artists revealed as the headliners and performing artists in 2019. This year, the world-class lineup will perform on the shores of Ile Sainte-Helene during the height of summer.

Janelle Monae was nominated for Album of the Year for Dirty Computer and Best Music Video for “PYNK,” at the 2019 Grammy Awards, which she lost to Childish Gambino’s “This Is America”. Gambino made history at Grammys with the first hip-hop song to win the coveted “Song of the Year” and “Record of the Year” awards. Tame Impala released their comeback song “Patience” last week, which is psychedelic synth-pop that satisfies fans. Early this March, The Chemical Brothers dropped a creative music video of “We’ve Got To Try” as a banger.

Osheaga Music Festival become more and more popular that organizers have added a second weekend of just metal (Heavy Montreal) and a third weekend of EDM (IleSoniq). Ticket on sale now. Click here for your ticket of the three-day Osheaga 2019. 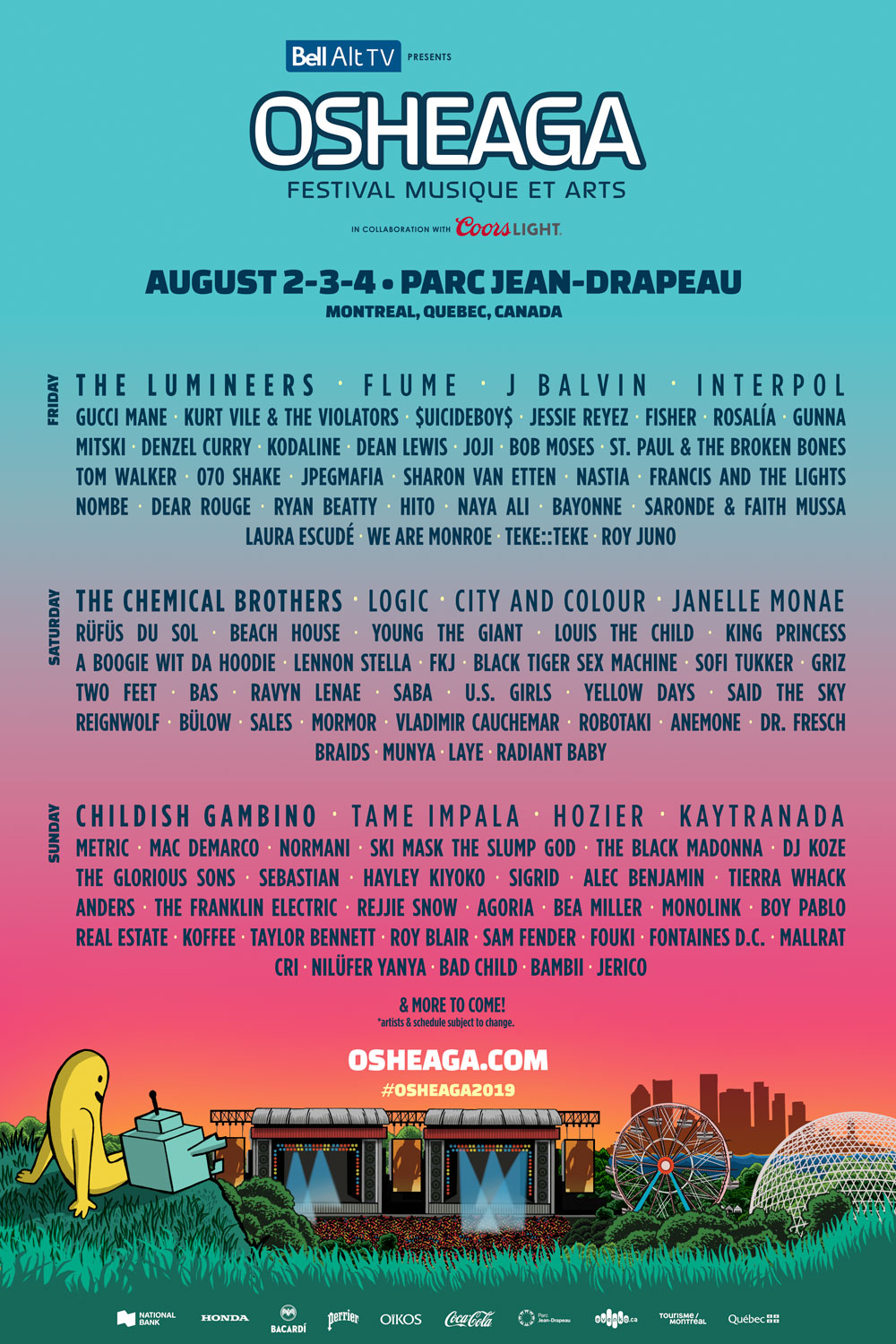