Ceremonia Festival, a single-day festival that takes place in the Central Mexican city of Toluca, has announced yet another great bill with its 2019 lineup. The festival will be held on April 7, 2019. This is the festival’s six year in existence and it focuses on both Mexico’s national music scene with many international artists filling out the lineup.

This year’s festival is heavy on electronic-influenced music, with headliners Aphex Twin and Massive Attack leading the way. Other noteworthy artists that will be taking the stage at the festival include Kaytranada, DJ Koze, Modeselektor, The Blaze, Jon Hopkins, Parcels, Bad Gyal. Russian feminist anarcho-rock group Pussy Riot will be performing at the festival, as will buzzworthy Texas psych trio Khruangbin.

Aphex Twin has been in the news quite a bit in the last year or so. 2017 saw him releasing a few one-off tracks and song bundles, including “4xAtlantis take1” in April of that year. He also started a streaming site with rare and unreleased music.

2018 was even more eventful for Aphex Twin. After teasing a new release with mysterious posters in various world cities, he released an EP called Collapse.

Massive Attack will perform at the April festival fresh off of some Winter 2019 tour dates in support of the 20th anniversary of their landmark album Mezzanine. Always willing to push boundaries both sonically and artistically, the band has come up with some creative ideas for repackaging Mezzanine for its 20th anniversary. The band has planned to encode the album into DNA as one reissue release, and in another released the album as a black spray paint can. And of course, there’s always the rumor that Massive Attack member Robert Del Naja is Banksy, which was first reported on in 2017. 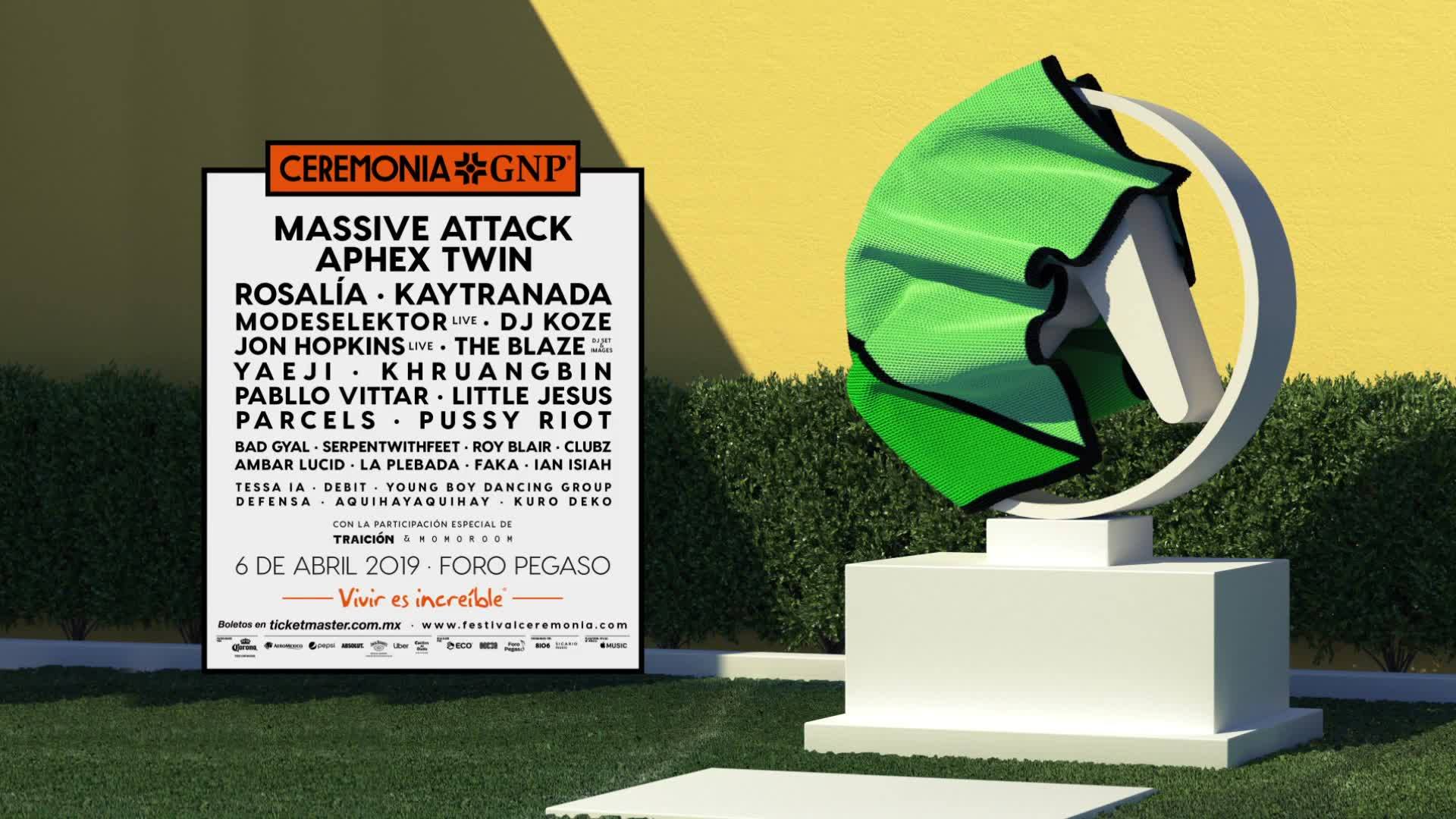