British musical group Massive Attack formed 30 years ago in Bristol, UK. This year, the duo is celebrating the 20th anniversary of their album Mezzanine. To celebrate they’ve announced a reissue of the album, however it’s anything but ordinary. Mezzanine will be released as a can of black spray paint.

According to NME, the LP has been encoded into DNA and “a limited number of spray cans will contain the DNA-encoded audio within matt black paint.”

Robert ‘3D’ Del Naja explains ““It’s a creative way to store your back catalogue, although DNA-encoded spray paint is unlikely to be adopted by street artists seeking anonymity.”

Coincidence that Del Naja is rumored to be the unidentified street artist in Bristol, simply known as Banksy? The rumor began when DJ Goldie referred to Bansky as “Robert” during an interview, sparking suspicion that he knew Banksy’s true identity as Massive Attack’s Robert Del Naja.

NME cites Fact to outline the process of encoding DNA:

“The digital bitstream of the album (0s and 1s) was first translated to 901’065 DNA sequences (A, C, T and Gs), each 105 characters long… The 901’065 individual sequences were then chemically synthesized resulting in a synthetic DNA sample, which fully represents the digital bitstream of the album. The DNA sequences were encapsulated in “synthetic glass fossils” to “guarantee information stability” before being added directly to the spray can.”

Each can of spray paint, shown below, will hold approximately one million copies of the album.  According to Massive Attack’s website the spray paint will be available in late 2018. 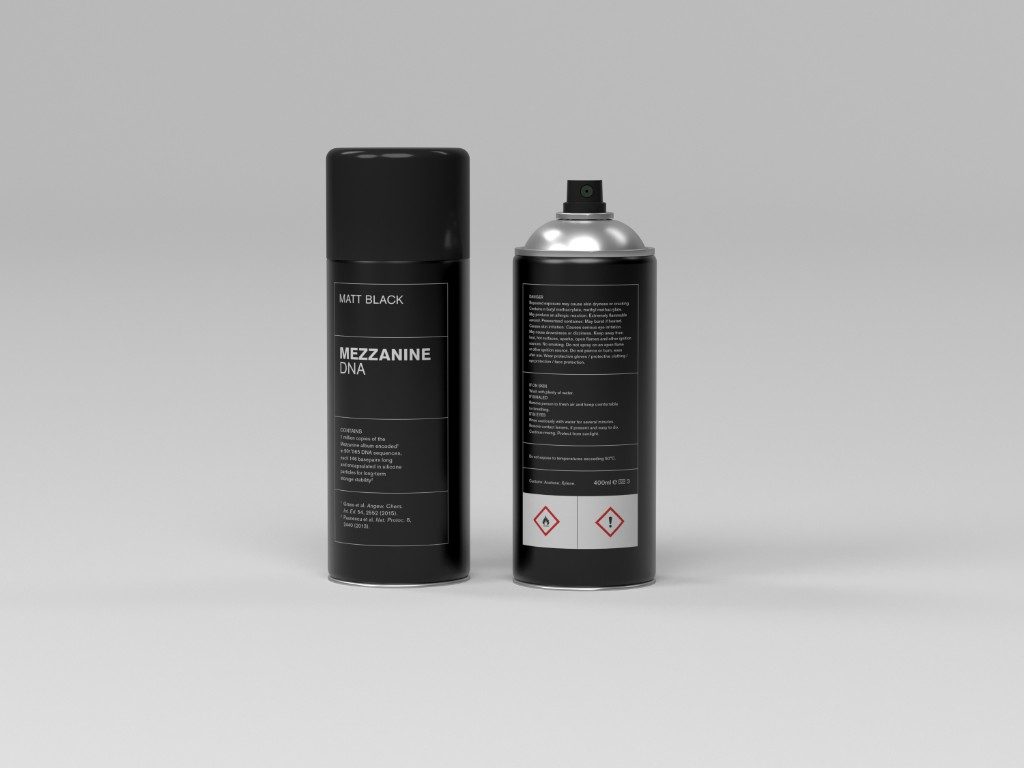