In 2005 the Laneway Music Festival was born in Melbourne, Australia.  What began as an “excuse to have fun” and a “Sunday Summer Series” of shows outside of a tiny dive bar blossomed into a gathering of musicians playing for sold out crowds.  Laneway, originally called St. Jerome’s Laneway Festival, gradually grew over the years and spread to other cities in Australia and eventually took off internationally.

2019 marks fifteen years that the festival has been selling out crowds in Australia and they’ve just announced the lineup for the celebratory occasion including Courtney Barnett, Gang of Youths and Jorja Smith. 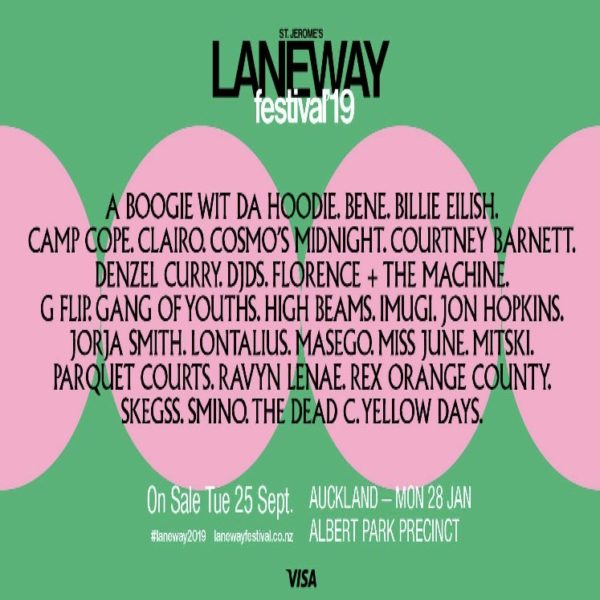 Also performing at Laneway will be Florence and the Machine who, earlier this year, released a new track and video for “Sky Full of Song”.  Lead singer Florence Welch explains that the song is about coming down from the high of performance.