Treasure Island Music Festival will make a triumphant return in October this time in Oakland, California to Middle Harbor Shoreline Park after taking a year off in 2017. This will be the 11th time the festival has taken over the Bay Area as it was previously held in San Francisco, but missed out on 2017 dates due to construction and development projects in the area, creating it difficult to lock down a location.

The festival will take place October 13 and 14 and will feature Tame Impala, A$ap Rocky, Silk City (Diplo and Mark Ronson), Lord Huron, Sanitgold, Pusha T, Amine, Courtney Barnett and many more. Attendees will not be forced to hustle from stage to stage because the festival will not have overlapping sets as they have been known to do in the past. 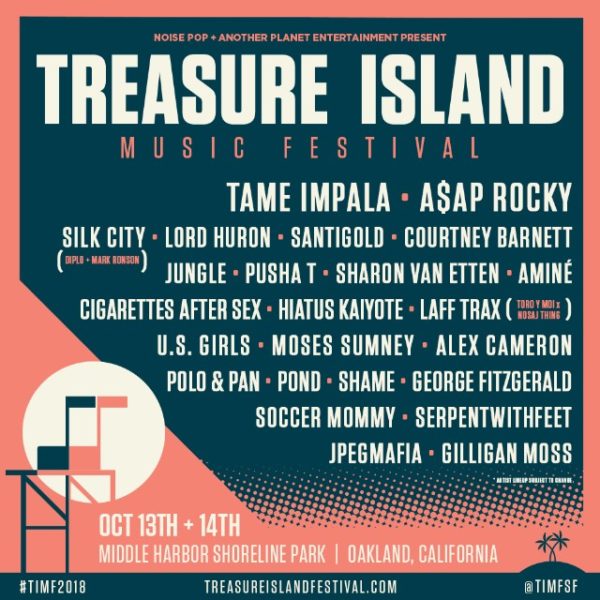 Previous artists to play the festival have been Run the Jewels, Father John Misty, Outkast, Massive Attack, alt-J and Zedd. The inaugural festival in 2007 featured sets by Modest Mouse, DJ Shadow, Spoon, M.I.A and Built to Spill. The festival is produced by Noise Pop and Another Planet Entertainment (APE) and they will continue to keep the traidition alive in Oakland.

Tickets to the festival can be purchased here.