The Power of the Riff will return this November for a Los Angeles-based event of a two full days of  a variety of heavy metal acts. Sunn O))) and Southern Lord Recordings will be present to celebrate their 20th anniversary. This will be the first year since 2016 that the event has taken place. 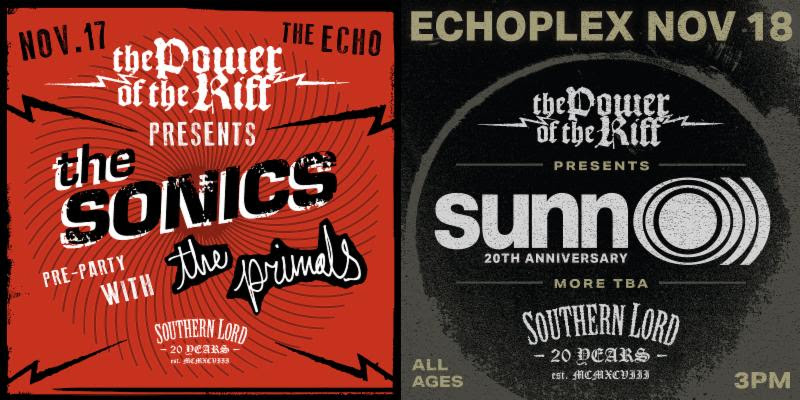 Festivities will begin on Saturday, November 17th, with a kickoff party at The Echo featuring The Primals, opening for legendary ’60s garage rock band, The Sonics. Sunday, November 18th, houses the festival’s main event at LA’s The Echoplex. Sunn O))) will headline the show in what will be their only California show of 2018 and final show of the year.

For nearly a decade, The Power of the Riff has booked multiple major festivals across the U.S., several mini-tours, and more with the intent of exposing fans of all ages to brand new underground acts alongside some of the biggest names in the underground metal and hardcore scenes.  Many acts have participated in the numerous events, among them, Agnostic Front, All Pigs Must Die, Baptists, Black Breath, Black Cobra, Coliseum, Corrosion of Conformity, Eagle Twin, Eyehategod, From Ashes Rise, Gatecreeper, Goatsnake, Incantation, Nails, Necrot, Negative Approach, Neurosis, Pelican, Pentagram, Repulsion, Sunn O))), Trap Them, Winter, Wolves in the Throne Room, Xibalba, and many others.

Tickets are available for purchase here, with a limited number of special VIP tickets still for sale.

More information on additional acts performing at this year’s The Power of the Riff will be announced in the coming weeks.

Update: The next set of new acts for The Power of the Riff have been announced, with Darkest Hour, Xibalba and  Xasthur joining the previously announced lineup for November 18. 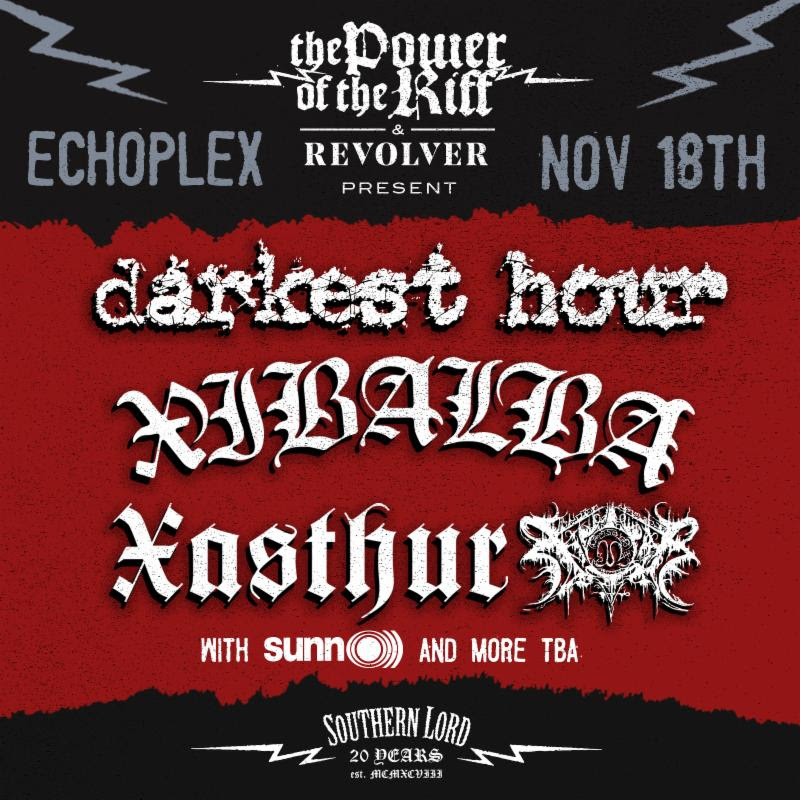