The Arctic Monkeys return to the music scene with Tranquility Base Hotel & Casino, their sixth album slated for release on Friday May 11, 2018.

The band’s first release since 2013’s ‘AM,’ the album was recorded in Los Angeles, Paris and London with the goal of traversing new musical terrain.

The 11-track album will be available in multiple formats. In addition to standard CD, vinyl and digital versions, there will also be a silver vinyl LP edition with a gatefold sleeve, lyric and photo booklet all available for pre-order here.

The Arctic Monkeys will also embark on their North American summer tour next month. It kicks off on May 5th at Los Angeles’ Hollywood Forever Cemetery, before the band departs for Europe for a series of shows. They’ll return to the U.S. in June before heading to Canada where they’ll wrap up the tour in Toronto on August 5th.

During the Arctic Monkeys’ hiatus, frontman Alex Turner has been working on his side project The Last Shadow Puppets with Miles Kane,a group Turner has mentioned allows him to try new things musically that he wouldn’t be able to with the Arctic Monkeys. In 2016 they released the EP The Dream Synopsis, which was recorded in one day at Future-Past Studios in August 2016. The songs featured on the release were recorded live in the studio.

Check out the tracklist for the new album as well as U.S. tour dates below: 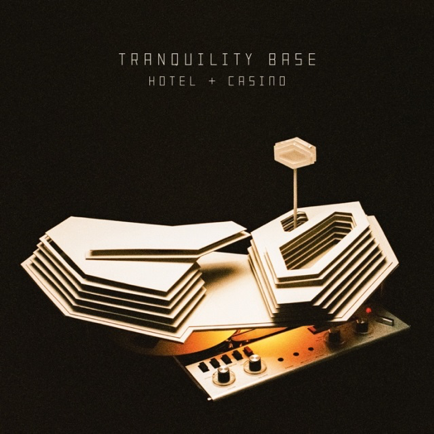 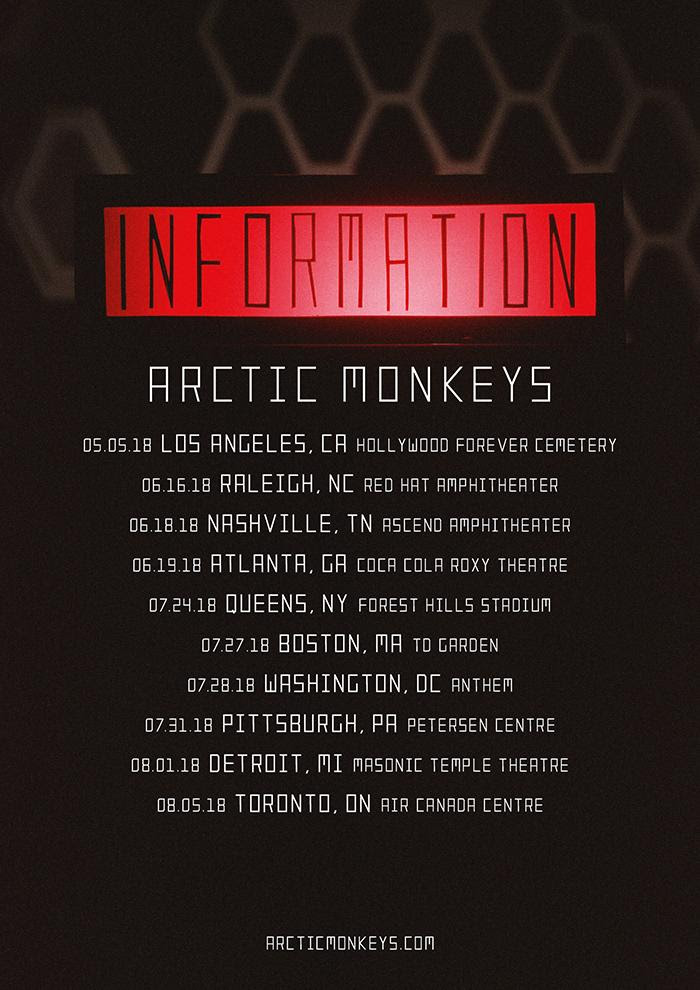