While rumors of an imminent new release start stacking up, Arctic Monkeys have announced a whole bunch of dates for their upcoming Summer 2018 tour. The band will kick it off at the Hollywood Forever Cemetery in Los Angeles on May 5th and continue across North America, but not before headlining Firefly Festival in June.

As NME reported, both release date and location the recordings are being kept secret and conjecture is all there is available. However, bassist Nick O’Malley has revealed that the band had started working on some new material back in September 2017 and that new music should be expected soon.

Nevertheless, it’s been over three years since the Sheffield Indie Rock group has released their last record AM, which score a prestigious title of best-selling vinyl of the decade so far.

What is known for sure is that the band will embark on a long tour which includes several festivals such as Primaver Sound, Firefly and Open’er as well as many European destinations such as Spain, Italy and Greece.

The band performed live last in 2014 at Reading & Leeds Festival, which they headlined, but went on hiatus ever since. However, as Rolling Stone reported, singer Alex Turner has recorded and release an album for his other project Last Shadow Puppets titled Everything You’ve Come to Expect, in 2016.

Turner justified the band’s long absence by saying that members of the band just had babies and that they would have gotten back together at some point. However, expectation has been building up ever since drummer Matt Helders posted a picture of a fully-microphoned drum kit on his Instagram account last May. 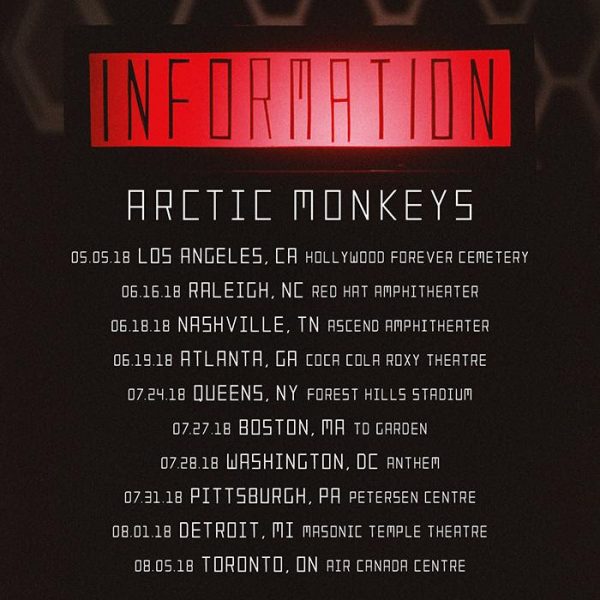 UPDATE (4/19): Arctic Monkeys have added more dates to their summer 2018 tour. There are two dates in San Diego and a date in Brooklyn.

UPDATE (4/24): Arctic Monkeys continue to expand their 2018 tour dates in anticipation of their new album. They have added several shows in October in Texas, California and the rest of the West Coast (including Vancouver, BC). 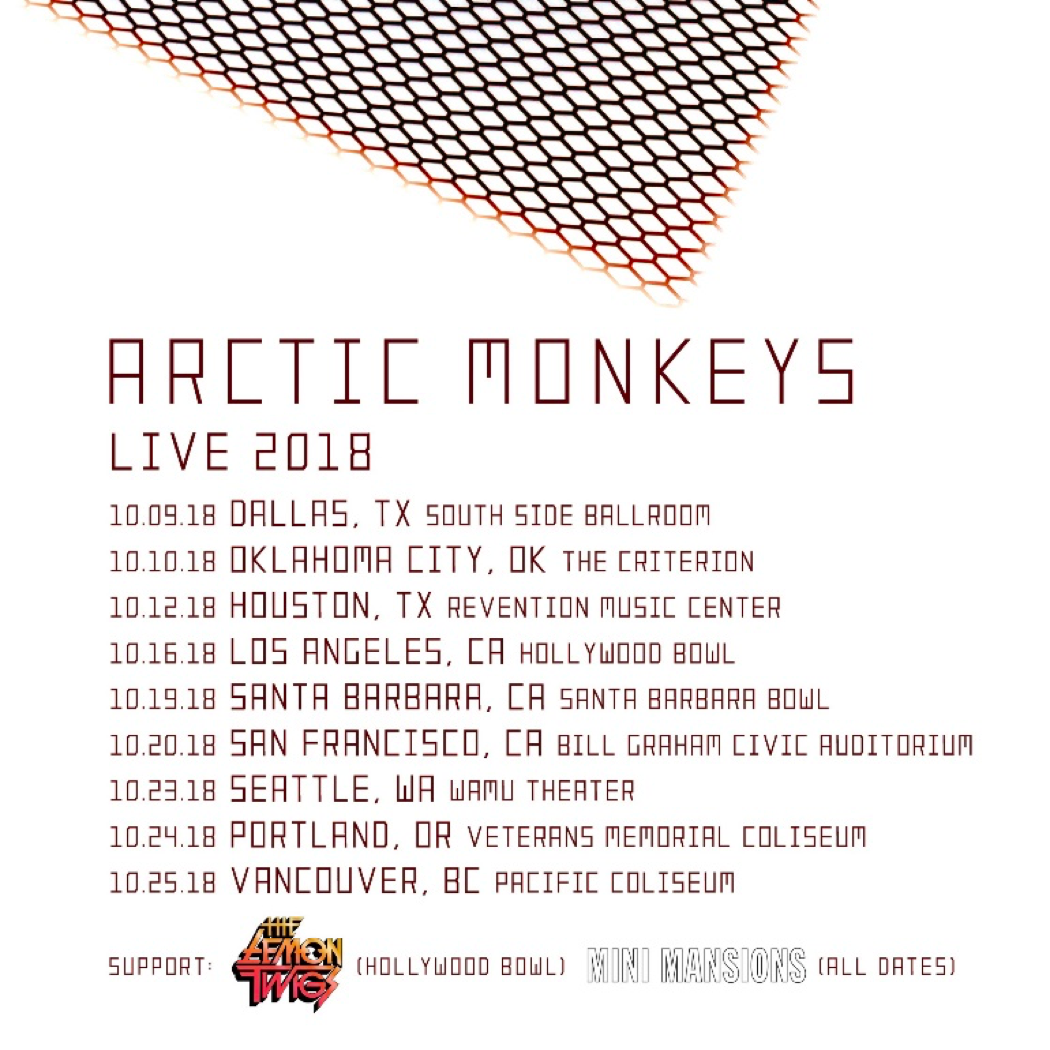