Summer Sonic Festival has announced the lineup for their 2018 event. The event is set on August 18th to 19th at the Zozomarine Stadium & Makuhari Messe in Tokyo, Japan and the Maishima Sonic Park in Osaka, Japan as mentioned by THEPRP. This lineup includes Nine Inch Nails, who will also be performing at Mad Cool Festival and released Add Violence EP, Mike Shinoda, who talked about Chester Bennington’s autopsy report, and Queens Of The Stone Age, who will also be performing at Tecate Pa’l Norte Festival.

Summer Sonic is an annual rock and alternative festival two or three day festival that is held at the same time. The festival has been active since 2000. In this festival there is a focus on well known artists nationally and internationally. Previous artists that have performed are 311, Coldplay, Guns N’ Roses and Blur. 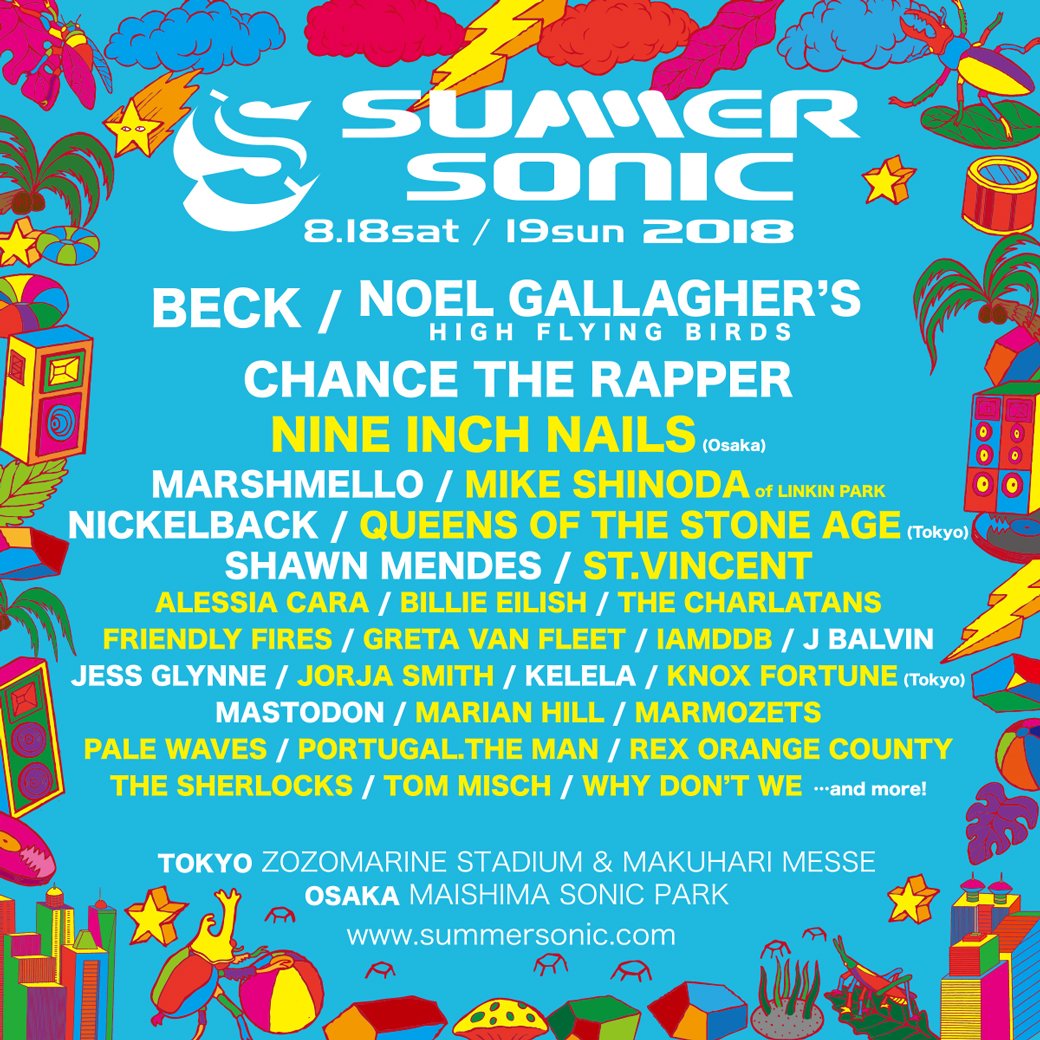