Hazy retro-pop musician Ariel Pink seems to only keep gaining traction – his gradual rise to notoriety has spanned more than two decades. This morning, Pink continued this with a bouquet of announcements. First, a new album: Dedicated To Bobby Jameson, coming out September 15th. This will be his first major release since 2014 hit, pom pom, and his 16th studio album.This announcement comes alongside a new music video, and the dates for a full US tour.

“Another Weekend”, directed by Grant Singer (behind video for “Starboy” and “Green Light”) encapsulates a hazy style which is consistent throughout Ariel Pink’s work. Taking place in a dimly lit Mexican cowboy bar, the video features Pink performing solemnly until problems arise with a patron. The video has a uncanny, found-footage esque vibe to it that makes it feel like something other than a modern music video. Many aesthetic comparisons have been made to performance footage of Chalino Sanchez, famous Mexican singer known for his narcocorrido music. Sanchez was murdered in the Northern Mexican state of Sinaloa in 1992, this fact may hold more significance if you watch to the end of the music video. A little known fact about Pink is that his father was born in Mexico City.

As clearly declared by the album title, the muse of Pink’s upcoming project is late Los Angeles musician Bobby Jameson, and the story of his life. His strange tale is one shrouded in mystery and a statement to the unpredictable and uncaring nature of the entertainment industry. He was briefly hyped up as a major star in the early 60’s. At 19 years old, his manager was billing him in major magazines as “The Star Of The Century” and “The World’s Next Phenomenon.” Though, due to a manipulative manager and releasing music under a false name, Jameson never received payment for his music. (His manager went on to become an evangelical cult leader and convicted child sex offender.) Jameson continued to struggle with labels and not receiving compensation for his work. By the 70’s, he had been arrested 27 times and was living on or close to the streets. He then disappeared for decades before reappearing in 2007 through a blog in which he told his life story, later passing in 2015. “His book and life resonated with me to such a degree,” Pink states, “that I felt a need to dedicate my latest record to him.” 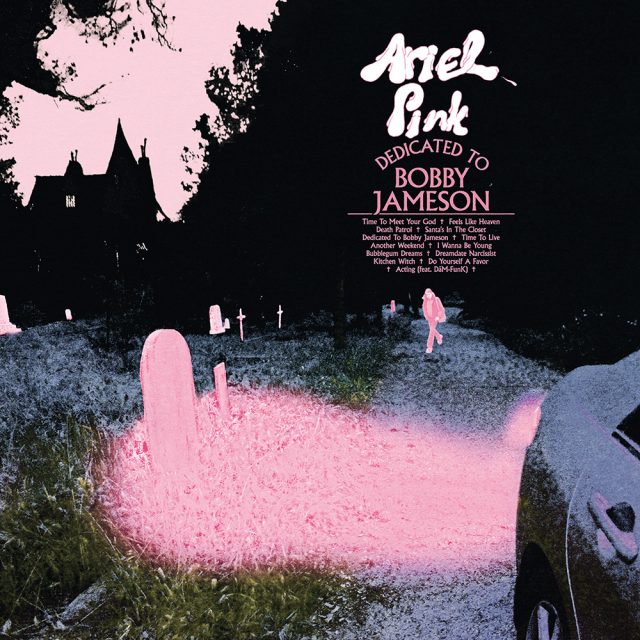