Transcendence, the group’s seventh studio album, has been slated for a September 2nd release, just ahead of the band’s co-headlining tour with Between the Buried and Me.

On the album and the creative process that went behind it, Townsend said: “Transcendence, like every record I’ve done prior, is an extension of what’s been going on in my world, represented in a new batch of songs. I’m 44 years old now, and this is where I have been over the past two years since Z2”

This new album sees Townsend totally change the way he works on music. He included the entire DTP band during the writing process.”The result of this process is a record that I truly think the intention of is special” Townsend said.

The album artwork was created by Anthony Clarkson, who has been a frequent collaborator with DTP and other Townsend projects over the years. On the artwork, Townsend said “Anthony presented me the main image of the girl as a painted version, and I was intrigued and asked him to redo it with a girl he knew with photos. I liked the idea that it seemed like a mashup of religious and spiritual imagery, in a sense, representing the idea (to me) that these types of connections to the infinite are often more like identities we can cling to rather than what lies behind. In a sense, the character on the front almost seems like the ideologies she’s representing are more ‘brand names’ than anything else.”

It seems like a lot of thought has gone into every aspect of this album, similar to other DTP released and Devin Townsend releases in general. That attention to detail is what has made Townsend a mainstay in the metal community and someone that can always be looked to for something new and fresh. Check out the album art below and read about the tour with Between the Buried and Me here. 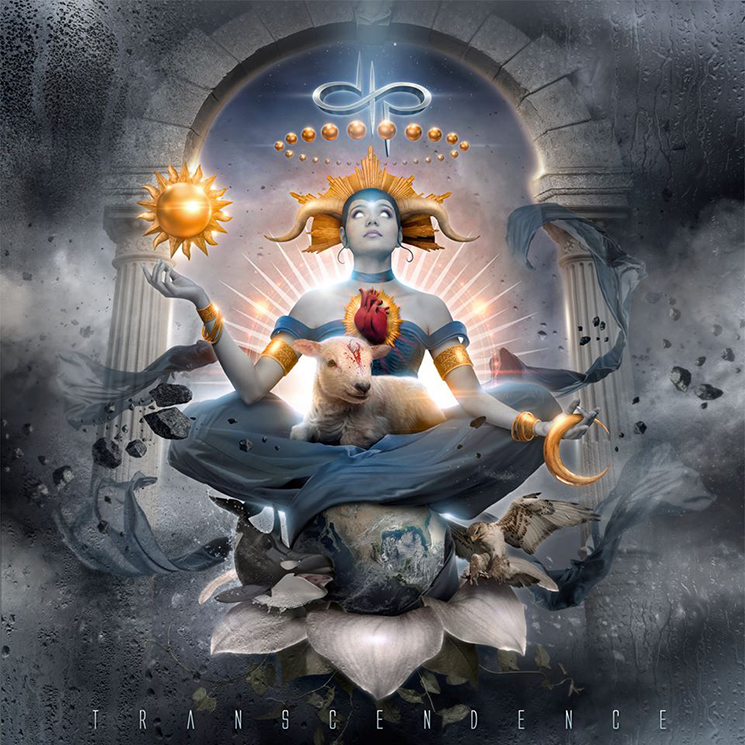