Two of progressive metal’s most influential bands have decided to collaborate for the “Transcending the Coma Tour” this fall.

Between the Buried and Me and Devin Townsend Project have just announced the co-headlining gigs, with California based death metal band Fallujah as support. The tour will kick off on September 9th in Nashville and conclude on October 14th all the way over in Seattle.

Between the Buried and Me will be performing their most recent album, Coma Ecliptic, in its entirety on all of the shows on this tour. It will be the first time ever that the album has been performed live in full.

When asked about the album and it’s live incarnation, bassist Dan Briggs offers his thoughts and says: “The songs on ‘Coma Ecliptic’ came together in 2014 (and some of them even earlier than that), so it feels amazing to finally present the album live in full, the way it was intended to be heard. It’s our most theatrical album yet and we’ll be looking to bring that element to the stage as best we can; not to mention how great it will be to share the stage with Devin + crew again.”

Devin Townsend Project just announced today that they would be releasing a new album, titled Transcendence. The album is due out September 2nd, only one week before the tour kicks off, so you can be certain that material from this album will feature heavily in the band’s live set.

The tour poster as well as all of the dates and ticketing information can be found below. 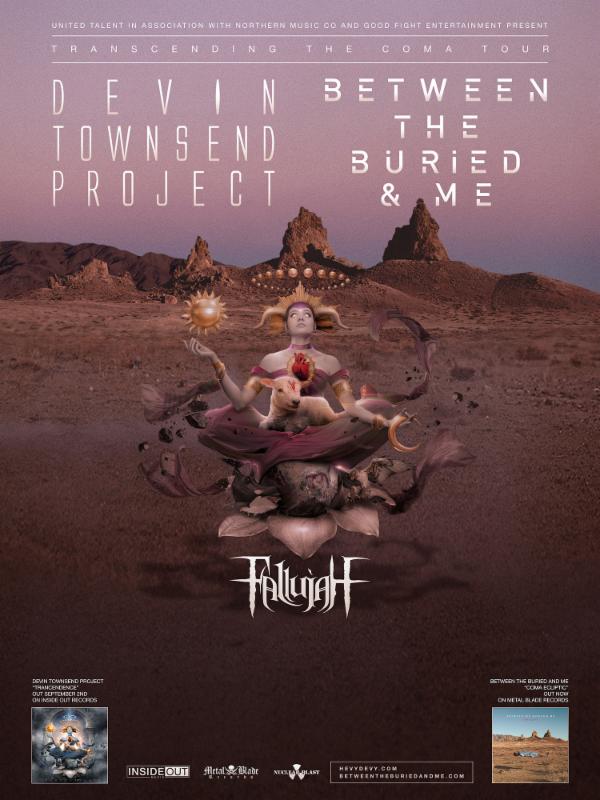