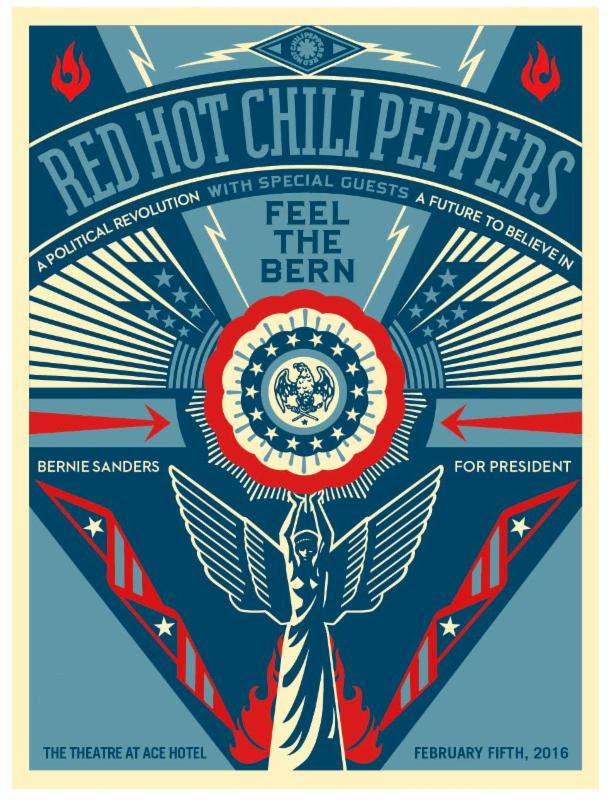 The Red Hot Chili Peppers will be performing a “Feel the Bern” fundraiser concert in support Presidential Candidate Bernie Sanders at The Theatre at Ace Hotel in Downtown LA on February 5. The Grammy Award-winning rock band want to continue the grassroots and people-powered effort in bringing people into the political process, and they’ll be doing that with a rockin’ show next week.

Bernie Sanders’ presidential campaign has raised more than $33 million in the final three months of last year. He has been getting many endorsements along the way and now with The Red Hot Chili Peppers backing him, it is looking to be a record setting year for White House campaigning.

The three pricing options include $500 (mid-Orchestra), $1,000 (front Orchestra) and $2,000 (first two rows). The performance will include special guests so don’t miss out on a night of good music and grand support! For more information on Bernie Sanders, visit www.berniesanders.com.