Echo & Bunnymen have been forced to drop out of the upcoming Cruel World Festival due to visa issues. The group was set to perform at the ’80s-themed festival in Pasadena, however, they promised to return in 2023. 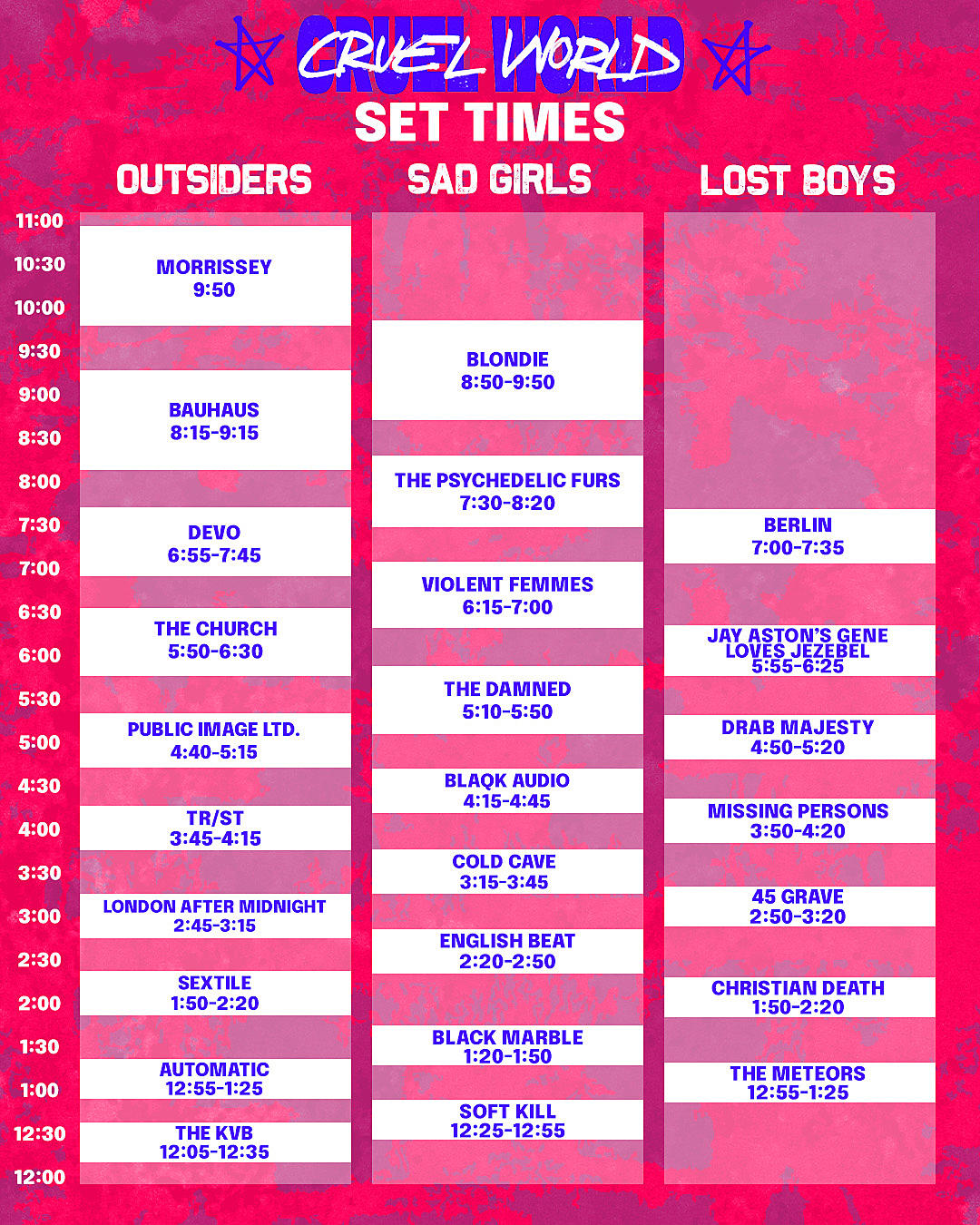 The group recently completed a US tour over the course of two weeks. it was in commemoration of their 2009 album, The Fountain. However, despite Echo & Bunnymen, unfortunately, dropping out of the festival, Cruel World has established their official set times in the flyer above.