Get ready for a mega packed tour! Black Viel Brides, Ice Nine Kills and Motionless will, together, co-headline a new tour, “Trinity of Terrors”, set to conquer North America with 31 dates starting next year. This comes after a set of new releases from all three bands. Black View Brides released The Phantom Tomorrow and Ice Nine Kills released The Silver Scream 2: Welcome to Horrorwood, both in October of this year. Motionless In White released their single “Timebomb”, mid-year and announced a follow up for their last release in 2019, set to come out next year.

The tour kicks off March 17, starting in Meza, Arizona, and will finish off in Norfolk, Virginia on April 27. Tickets are already on sale, get them here! There will also be a few stops in Canada, take a look at the dates below. 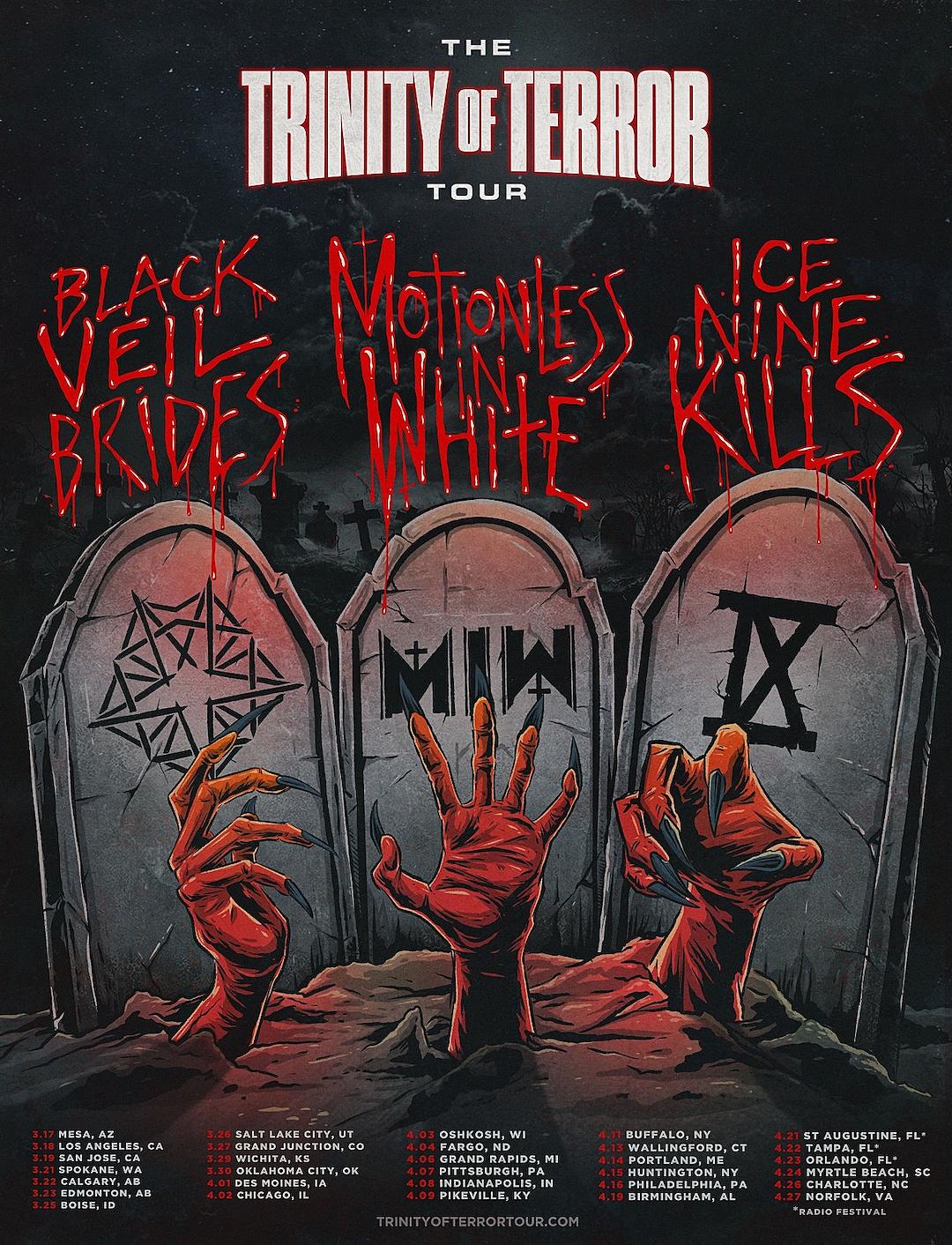