Baroness blessed the music community by announcing that their current tour, An Intimate Evening with Baroness, has been extended for another 5 weeks. The additional leg of the tour will start on January 14, carrying on into the New Year throughout the US. If you didn’t know, the band has made their fans the boss of their shows by allowing them to pick the setlist, something that all artists can learn from, and definitely gives a new meaning to customer engagement. If fans purchase a ticket, they will receive a link to be able to choose the songs you want to hear, no holds barred. The voting will be open until one week prior to the event. The band does have to be able to piece the show together, don’t they? 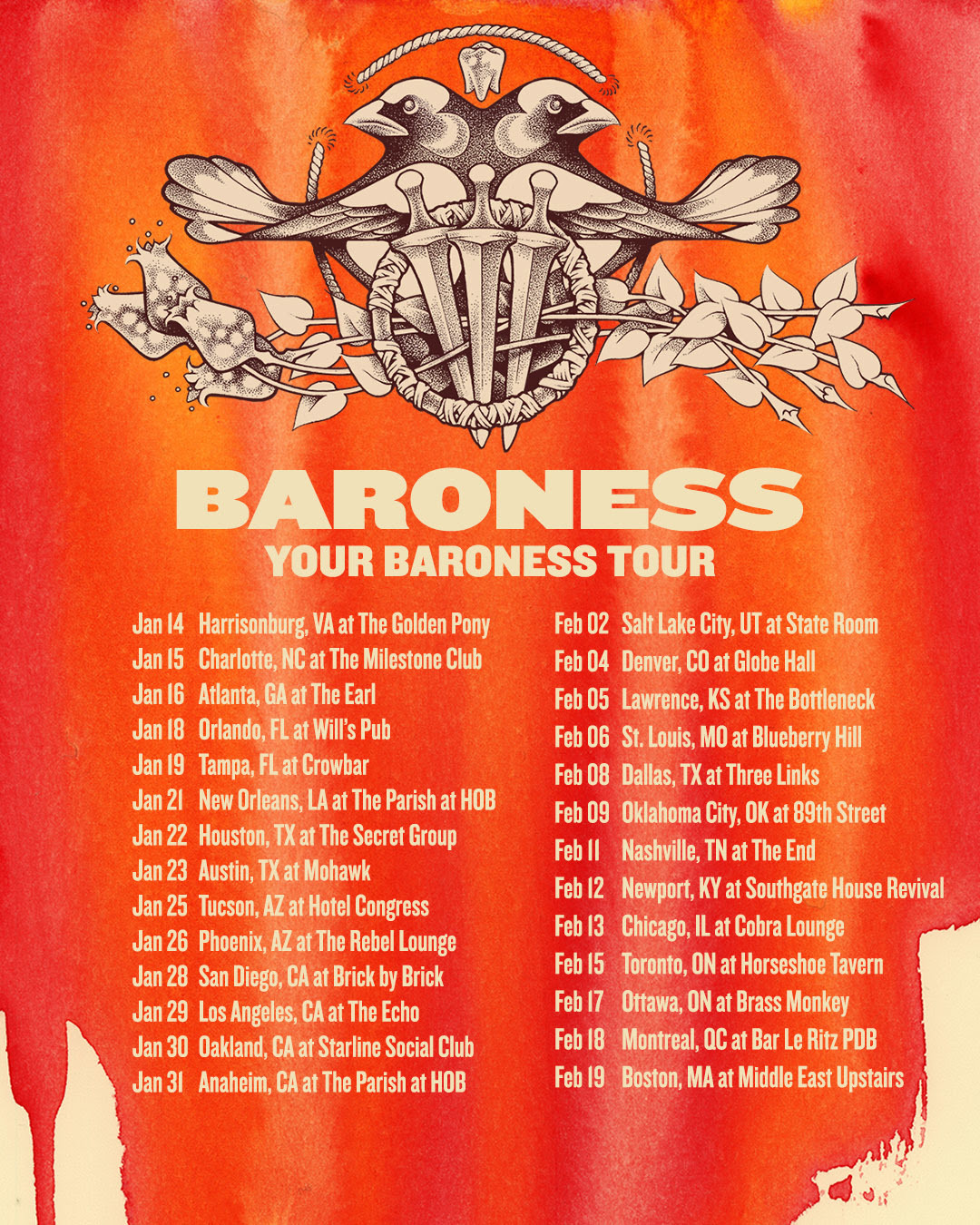 Tickets for the new leg of the tour go on sale this Friday, December 17 at 10AM local time. All attendees of these concerts will get a limited edition Your Baroness tour poster. While the COVID safety guidelines may vary from each location, all attendees must show proof of vaccination or show a negative PCR test within 24 hours of the show. This tour is also the first time the band has been able to perform their last album release, Gold & Grey, which they were initially planning to promote days before the lockdown of the pandemic happened.

“Your Baroness – An Intimate Evening with Baroness”  Added Tour Dates:

January 21 New Orleans, LA The Parish at House of Blues

January 31 Anaheim, CA The Parish at House of Blues

February 15 Toronto, ON at Horseshoe Tavern