Rock Fest has announced the lineup for their festival this year. The event takes place July 15-17 at Chippewa Valley Festival Grounds in Wisconsin and has a lineup featuring Philip H. Anselmo And The Illegals, Anthrax, Corey Taylor, Rob Zombie and many more. Check out the festival flyer below: 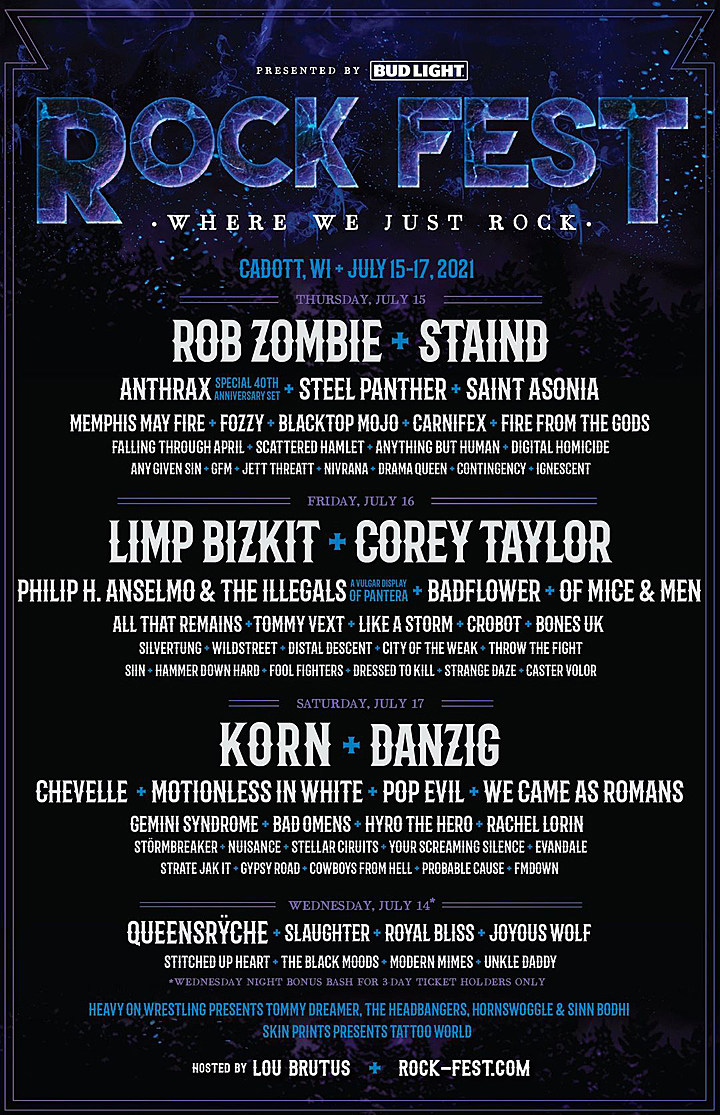 The festival’s promoter commented: “Hey Rockers! We knew that being the first large Rock Festival in the Nation to return in 2021 was going to be 5 times the work compared to any other year. BUT my team and I also know that there is nothing more important than giving our fans live music as soon as possible.

“The beat of that kick drum off your chest when you are up against the rail is so needed right now! Our industry continues to be affected by so much damage done this past year – once again rearing its ugly head with border closures & tour cancelations.

“Rest assured that we will never give up on getting you, our fans, back to Your Second Home in July!! That said, there are some changes to our 2021 lineup. HUGE shoutout to Corey Taylor, Philip H. Anselmo & the Illegals, Pop Evil, Tommy Vext, and Bad Omens for stepping in and stepping up!