Meg Duffy of Hand Habits and producer Joel Ford (Oneohtrix, Jacques Greene, North Americans) have come together as a duo to create a new band called yes/and, and have also released a small 10-track album which the two made during the pandemic. The album is due to be released on July 23 2021 by Driftless Records.

“Ugly Orange” and “Centered Shell” have both been released on their Soundcloud.

The album is available to preorder on Bandcamp.

Tracklisting:
1) Craggy
2) Ugly Orange
3) More Than Love
4) Learning About Who You Are
5) Centered Shell
6) Tumble
7) Melt Away
8) Making A Monument
9) Emotion Scroll
10) In My Heaven All Faucets Are Fountains 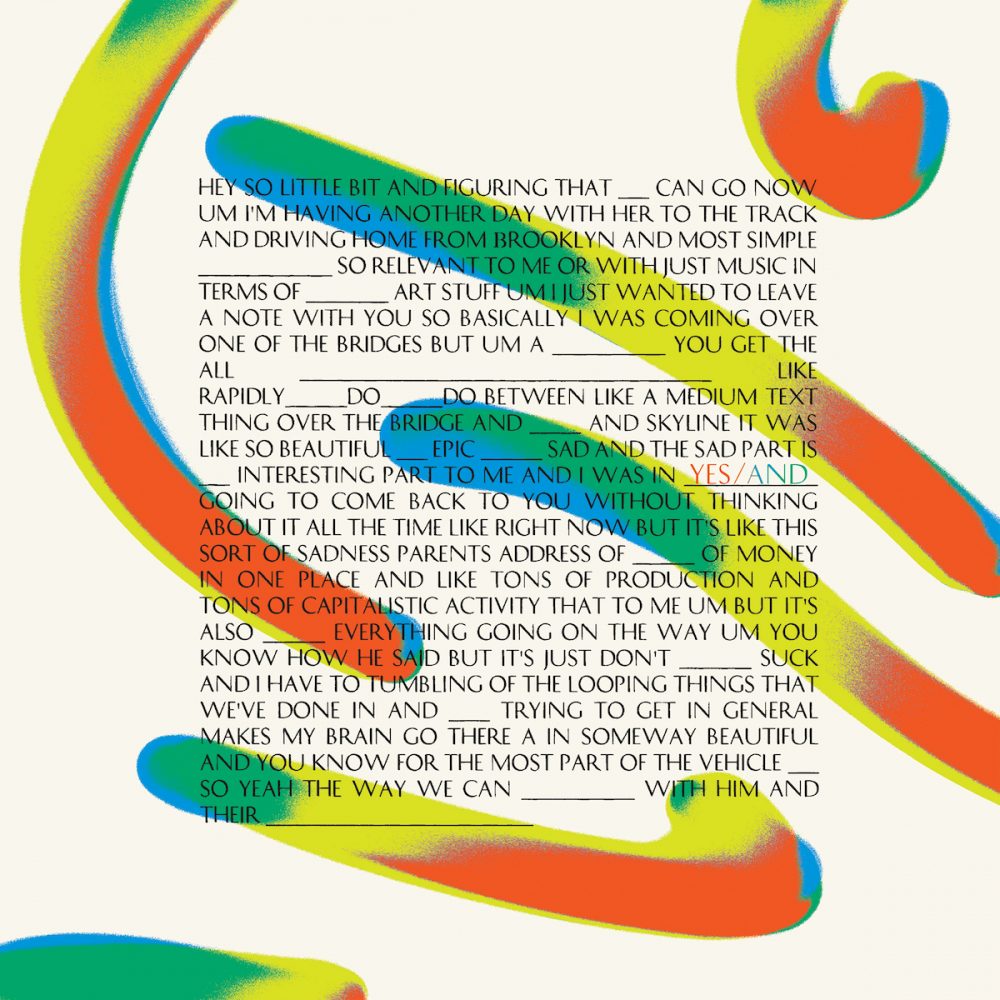 Duffy is from Amsterdam, New York. Duffy has experience on drums since the 5th grade, but went on to learn guitar in college. After college, they (Duffy is non-binary) moved to Los Angeles, where they formed Hand Habits. Along with playing with their band, Duffy did a lot of session work on albums, including playing slide guitar on the Grammy winning A Deeper Understanding by The War on Drugs. Duffy has also collaborated with Kevin Morby, Amber Arcades, William Tyler, and many more.

Earlier this year, Duffy released a single, “4th of july”, with the announcement of Hand Habits next EP dirt which was released in February.