Dutch electronic goth rock band, Clan of Xymox, released their first album in three years entitled Spider on the Wall this past Friday, July 24, via Metropolis Records. Spider on the Wall is the collective’s follow-up project to 2017’s Days of Black. As previously reported on Brooklyn Vegan, “Ronny Moorings still has a great ear for this kind of electro-noir, bringing moody romance to pulsing tracks like ‘Lovers,’ ‘Into the Unknown’ and ‘When We Were Young,’ while racing tracks like ‘She’ and ‘All I Ever Know’ scream for a fog-machine-enshrouded dancefloor lit with lasers.”

Clan of Xymox are a staple and true pioneers of the dark wave genre originating in the late1970s. Forming in 1981 in the Netherlands, Clan of Xymox initially consisted mainly of founding members Roony Moorings, Anka Wolbert, Pieter Nooten and Frank Weyzig. Some of their seminal works included the first four full-length studio albums: 1985’s self-titled debut Clan of Xymox, 1986’s sophomore effort Medusa, 1989’s Twist of Shadows and 1991’s Phoenix.

Their latest musical offerings “She” and “All I Ever Know” still retain their signature vintage sound, but also have a modern quality to them that really is a nice balancing act to have in Clan of Xymox’s latest recorded material. The single “She” blares the dark melancholic synths that seem to layer a lot of reverb, making the track’s production feel robust. The video features a masked woman in whats seems like a dystopian world dancing around in an abandoned decrepit building. The video has an eerie vibe, like something out of the horror film series, The Purge.  To watch the video for “She” stream below, via YouTube.

As for the single “All I Ever Know” it still maintains its gothic elements, as well as boasting a more jumpy electronic dance groove. The track itself is a testament to frontman (and only remaining original member) Moorings singing/songwriting abilities, being that it sounds like something out of the ’80s without it seeming dated or tired. The video, shot in black and white, sums up the track’s all-encompassing message voicing an over infatuation with a woman. Moorings is depicted singing his pain, passion and lust for this woman, while also showcasing footage of said woman which is the basis of the song. To watch the video for “All I Ever Know” stream below, via YouTube.

Clan of Xymox Spider on the Wall track list: 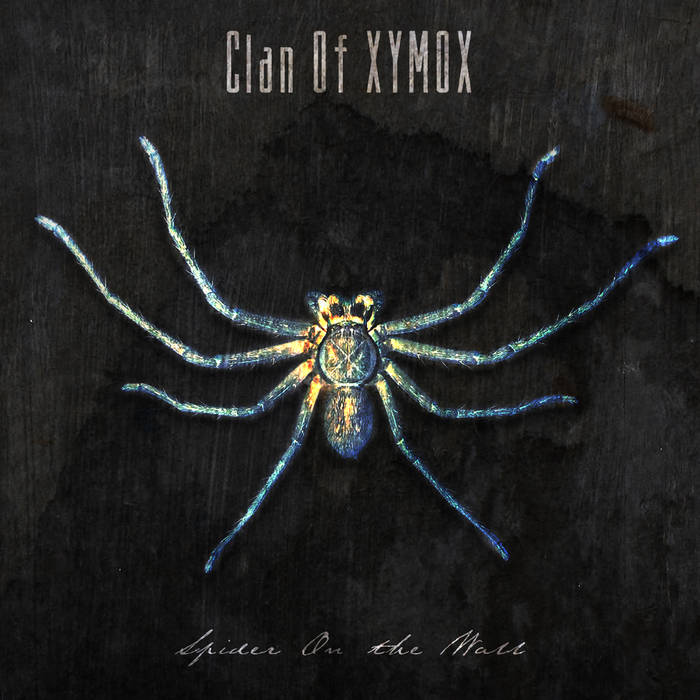 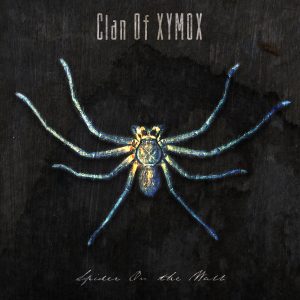