Pittsburgh, Pennsylvania-based folk/punk musician Derek Zanneti has been gracing his listeners since 2009, under the moniker The Homeless Gospel Choir, and recently announced the release of his forthcoming sixth studio album entitled, This Land Is Your Landfill. The latest musical offering, This Land Is Your Landfill, is slated for an April 24 release via A-F Records (for United States distribution) and on Hassle Records (for UK distribution). 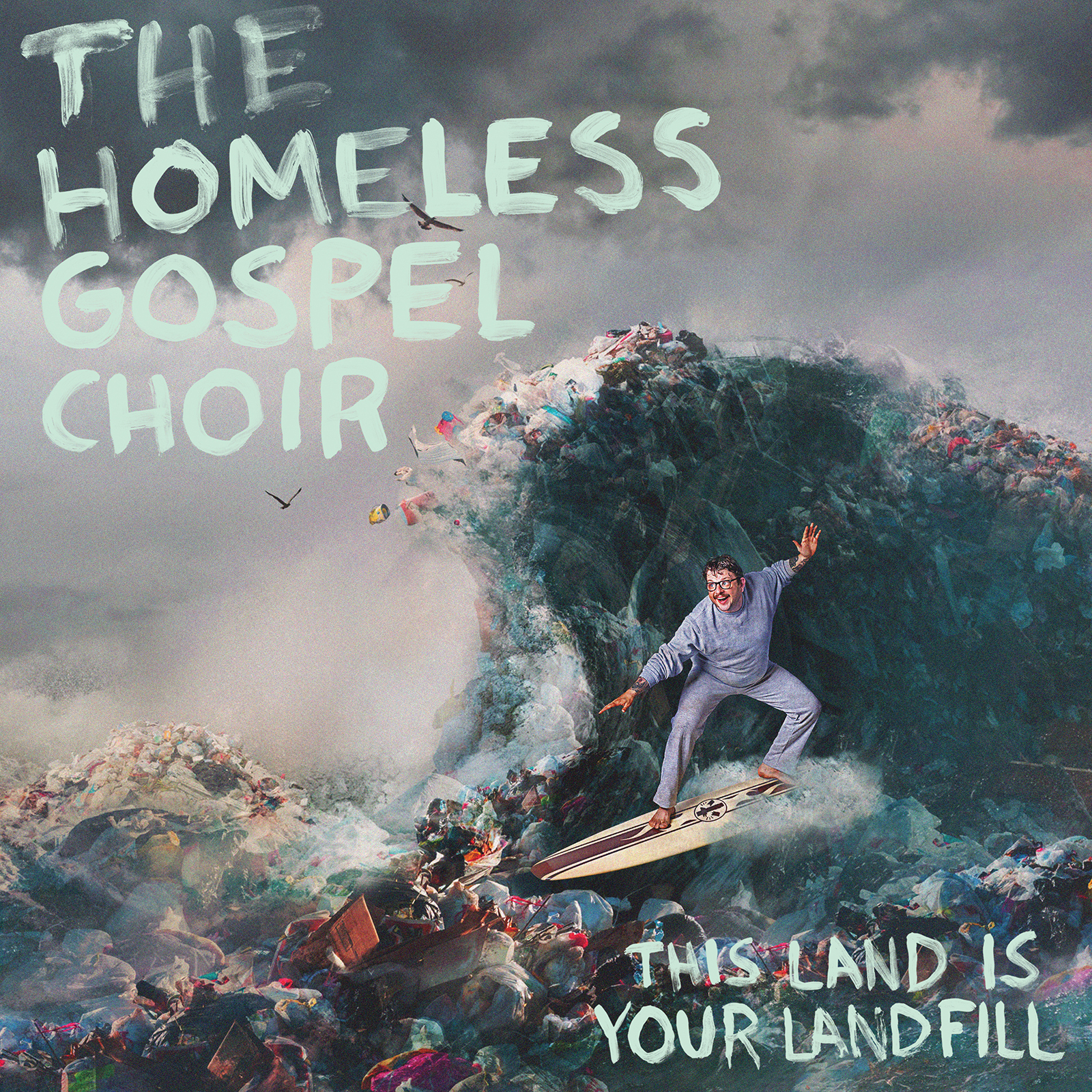 Numerous collaborators are set to showcase a more edgier punk ladened vibe to an already politically charged artist of Zanneti’s caliber. The Homeless Gospel Choir’s deeply rooted folk sensibilities is married well with the social commentary and punk delivery set to appear on This Land Is Your Landfill. According to a press release, “On This Land Is Your Landfill Zanneti is joined by Matt Miller (Endless Mike and the Beagle Club, Wingnut Dishwashers Union), Maura Weaver (Mixtapes, Ogikubo Station), Megan Schroer (Boys, Kitty Kat Fan Club), and Craig Luckman (Small Pollen, Belly Boys), along with producer Chris #2 (Anti-Flag, White Wives) and more, to help create a loud new chapter for The Homeless Gospel Choir.”

The Homeless Gospel Choir is not without its heartfelt folk elements. On one of the previously released tracks, “Young and In Love” a track that is seeped in melodramatic love balladry can also be interpreted as a protest song that can speak to an uphill battle with any socioeconomic or environmental issues. The aforementioned press releases furthers that, “The Homeless Gospel Choir has shared a taste of this new direction with “Young and in Love” a blast of fuzzed-out, ’90s-inflected guitars and roaring bass that finds Zanetti paying tribute to the freedom that can come from artistic expression. The song reaches an anthemic conclusion with a triumphant refrain and vocal contributions from Zanetti’s fellow musicians.”

According to the aforementioned press release, Zanneti’s father passing away lead to him undergoing some self reflection going into the writing process of his latest musical offering. This is furthered when Zanneti confirmed an anecdote around his father’s passing recently, saying “My dad and I had a hard relationship,’ he says. ‘But he called me days before he died, I was on tour and said he was proud of me. Three days later I got home from that tour and he passed away, so I didn’t have closure with him and this interaction, which could have been the start of a whole other life between us.’”

The latest musical offering is coming off the heels of the ongoing coronavirus pandemic, in which themes are paralleled with the latest single and accompanied music video for “Art Punk” released Friday, April 20. As previously reported in the Pittsburgh Post-Gazette, the aforementioned track was written well over a year ago, “…certainly strikes a chord right in the midst of coronavirus social distancing. The catchy, sing-along chorus has him singing, ‘Art punk, f— up locked inside, in the middle of summer time/I don’t wanna go out!/I don’t wanna go out!'” To pre-order This Land Is Your Landfill, visit here.

To listen to “Young and In Love” stream below, via YouTube.