The highly anticipated debut album, A Written Testimony, from New Orleans, Louisiana-based rapper/producer/songwriter Jay Electronica (born Timothy Elpadaro Thedford) was released formally on March 13, via Roc Nation. Fans of Jay Electronica have been clamoring for a fully fleshed out project from the emcee ever since he dropped his first mixtape back in 2007, Act I: Eternal Sunshine (The Pledge). Act I comprised of Electronica rapping over Jon Brion’s score from the 2004 film Eternal Sunshine of The Spotless Mind directed by Michele Gondry and starring Jim Carrey and Kate Winslet. According to CNN, “More than a decade after he first burst onto the music scene to much excitement, the hip hop artist has released his debut album. ‘A Written Testimony‘ hit the Tidal streaming service late Thursday.”

Jay Electronica had initially come to prominence with the acclaimed releases of 2009 singles “Exhibit A” and “Exhibit C” both produced by Just Blaze. In 2010, Electronica signed to Jay-Z’s Roc Nation and planned to release an album entitled Act II after collaborating with Jay-Z on the song “Shiny Suit Theory”, however the Act II album release never materialized. Electronica also planned collaborative albums with the likes of Nas, Mos Def and Lupe Fiasco, however none of these projects unfortunately ever came to fruition.

It wasn’t until Jay Electronica’s guest appearance on Big Sean’s track “Control”, along with the highly illustrious and controversial guest verse from Kendrick Lamar, which intended to be included on Big Sean’s 2013 sophomore album Hall of Fame, took the hip hop world by storm. However, due to sampling clearances, “Control” was released only as a promotional street single, but the track re-sparked prospects of more recorded material from Electronica. As previously reported in the aforementioned CNN report, in regards to the roll out leading up to the release of his latest debut album A Written Testimony “Electronica prepared his followers with some advanced notice on social media.”

The latest release A Written Testimony is a tightly sequenced album comprised of a total of 10 tracks, just shy of 40 minutes in length. The production consists mostly of Electronica himself, as well as Swizz Beatz, The Alchemist, and No I.D. just to name a few. The album according to TIDAL has two credited guest appearances, which includes Travis Scott and The-Dream, however a lot of speculation laid claim to a Watch The Throne-esque contribution from none other than, Jay-Z. According to a big take away from this project, Complex previously reported that, “…rumors circulated that it would be a quasi-joint album between Jay Electronica and his Roc Nation boss, JAY-Z. When the tracklist first emerged on Thursday evening, Hov’s name was nowhere to be found, however, temporarily dampening our hopes for a Watch the Throne-style collab album. But when Jay Elec finally played the project on a livestream Thursday evening, we heard JAY on eight of the 10 songs.” 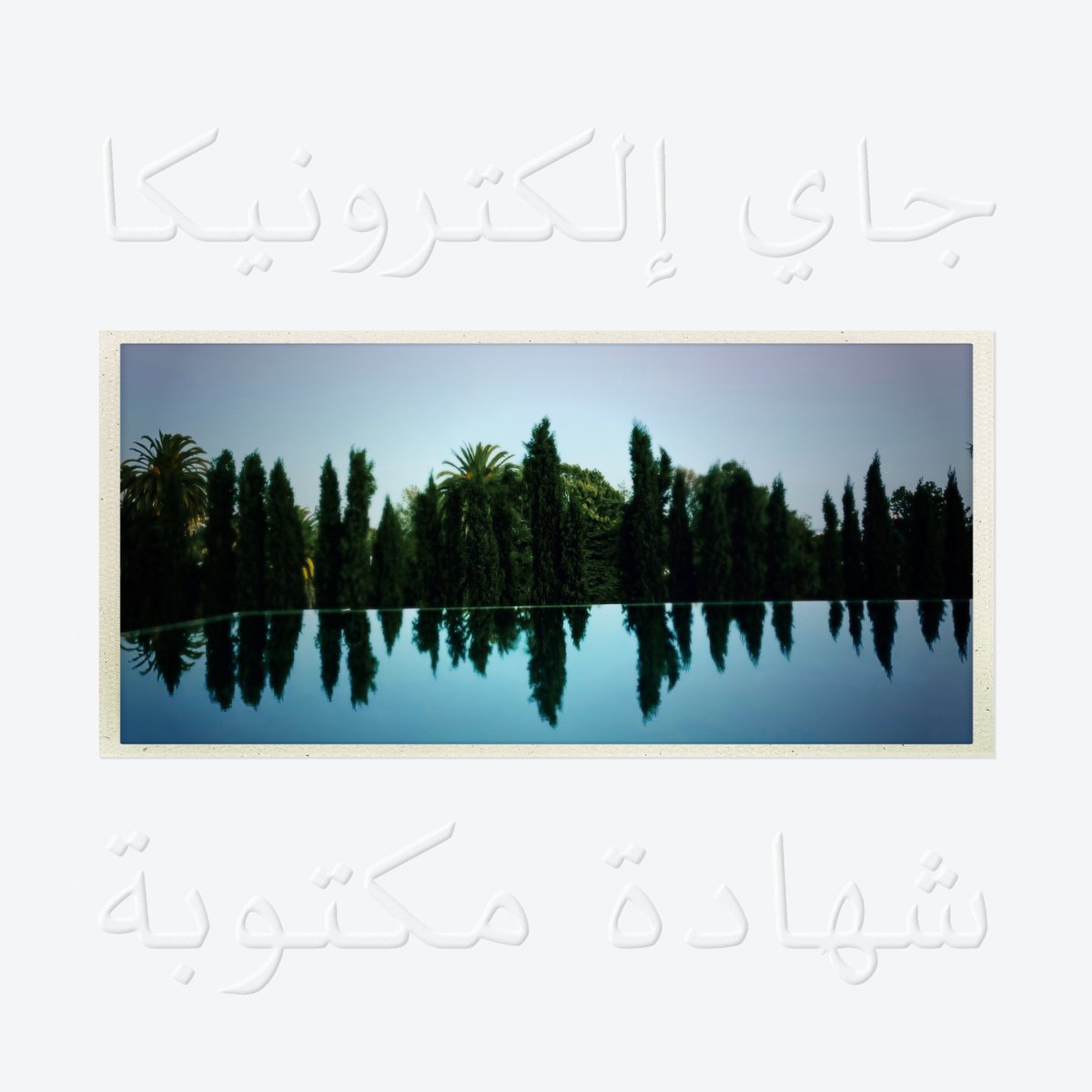 A Written Testimony’s album cover depicts a reflection off of a lush grandiose pool, of a beautiful serene scene of trees. The very pool depicted on Jay Electronica’s debut album cover, according to Uproxx, “The Twitter account AintNoJigga, which some fans believe is run by someone closely connected with Jay-Z, revealed that Beyonce not only owns the pool depicted in the album’s artwork, but that she was also the one who took the photo of it.”