For more than 20 years, the Dropkick Murphys have consistently animated their base with a blend of Celtic textures, Bostonian irreverence, and whiskey-soaked punk anthems. Tuesday’s show at the Palladium, supported by three veteran opening acts whose complement bolstered the Murphys knack for uniting an audience under the banner of shit-kicking liberation, was no different. 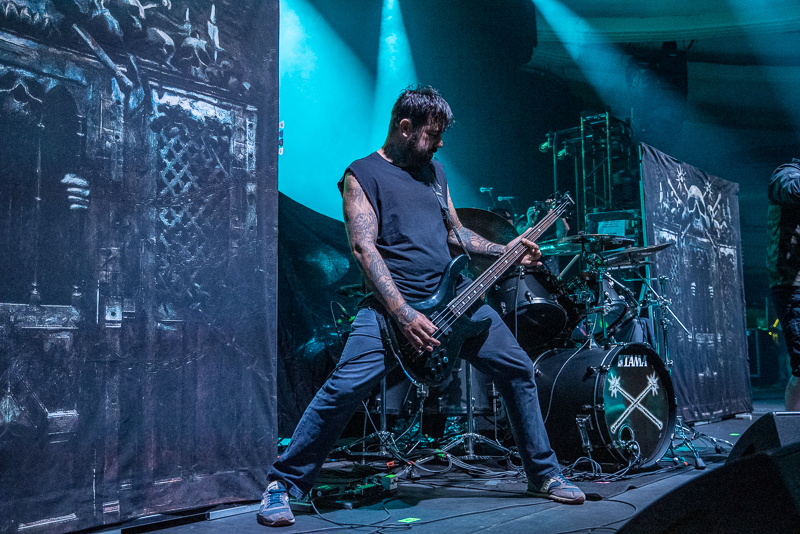 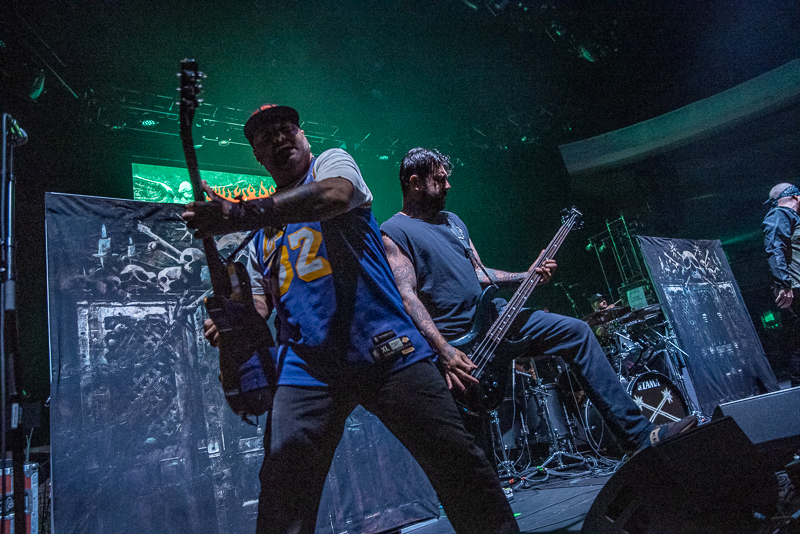 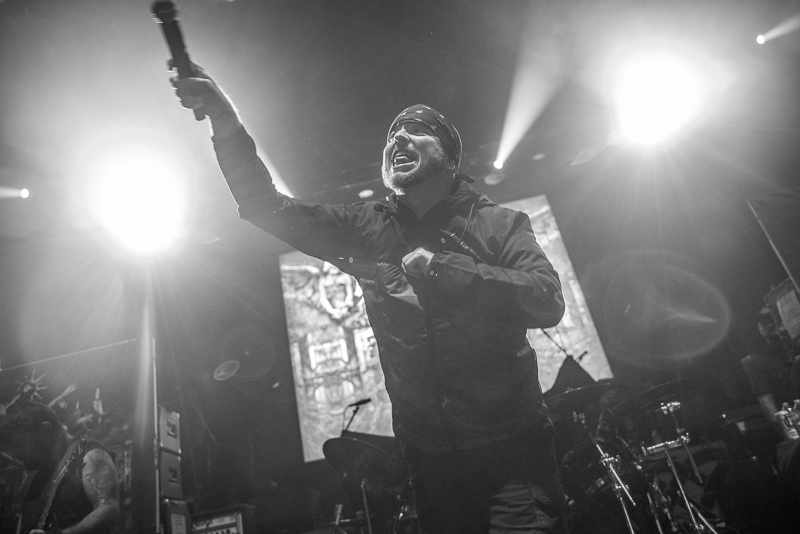 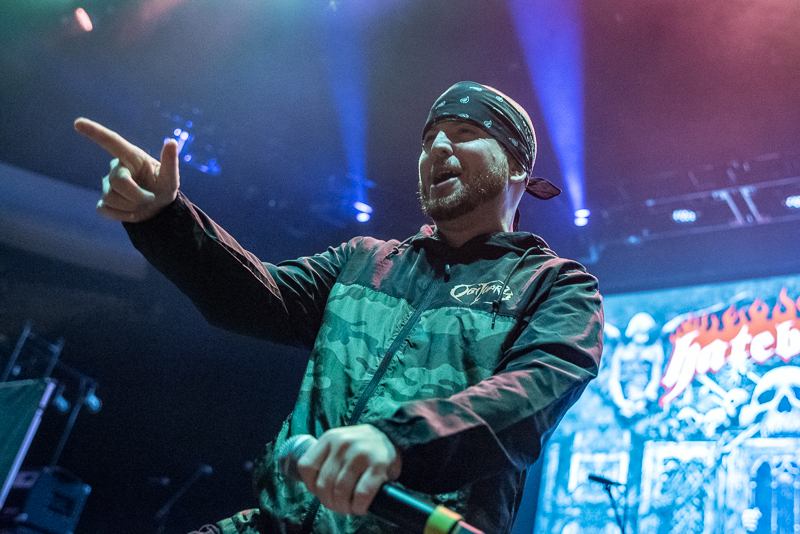 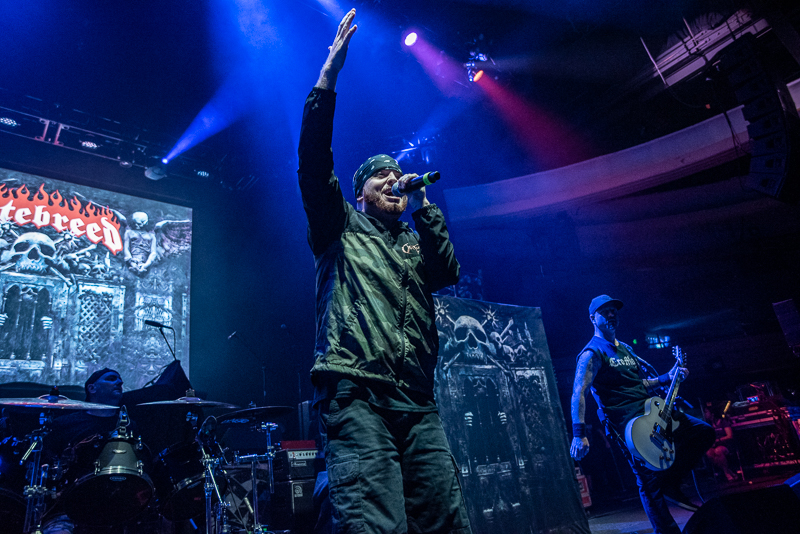 After a gravelly acoustic solo set by Good Riddance’s Russ Rankin, who infused protest tropes with a homesick sentiment, Hatebreed cranked the gain to sow seeds of social disobedience with ear melting abandon. Their apt inclusion in the lineup marked something of a milestone, as frontman Jamey Jasta pointed out between onslaughts of testosterone and metalcore-tinged brow-sweat (presumably sopped up by his signature doo-rag): in 1999 they toured with the Dropkick Murphys along with Motörhead, and now they are back together, along with Rankin and Clutch for what he called an “Irish acoustic punk caveman naive tour”, nailing the evening’s vibe. 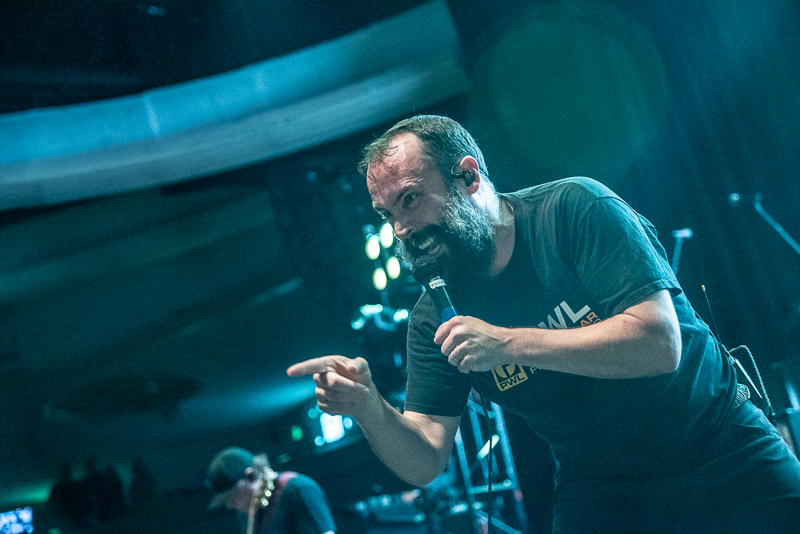 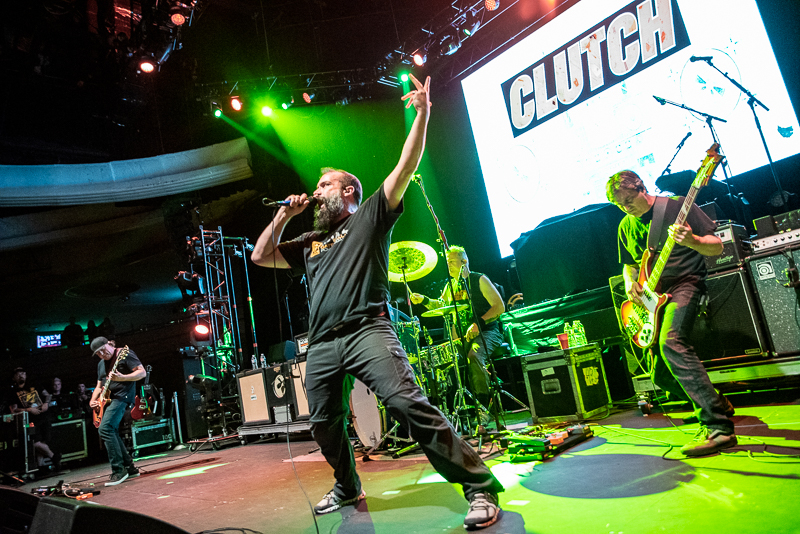 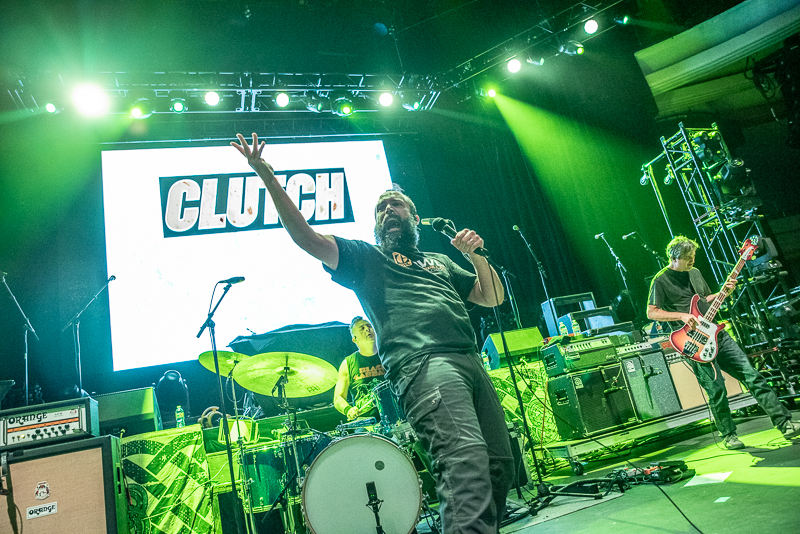 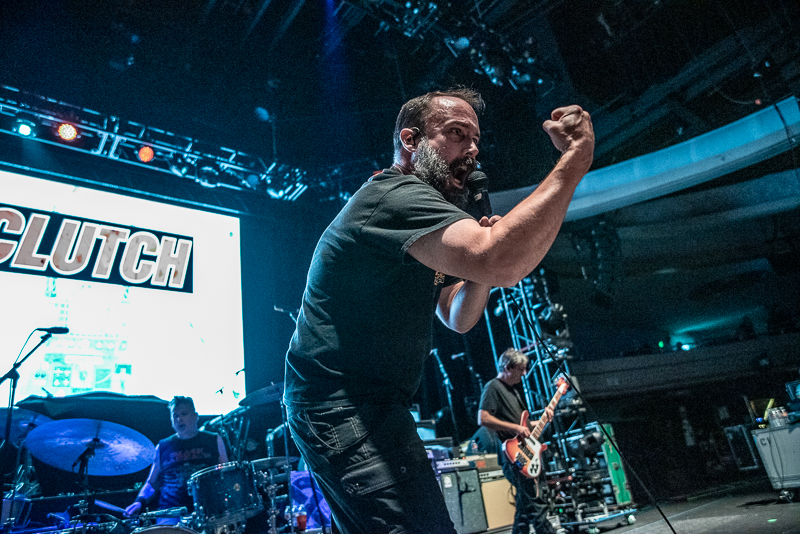 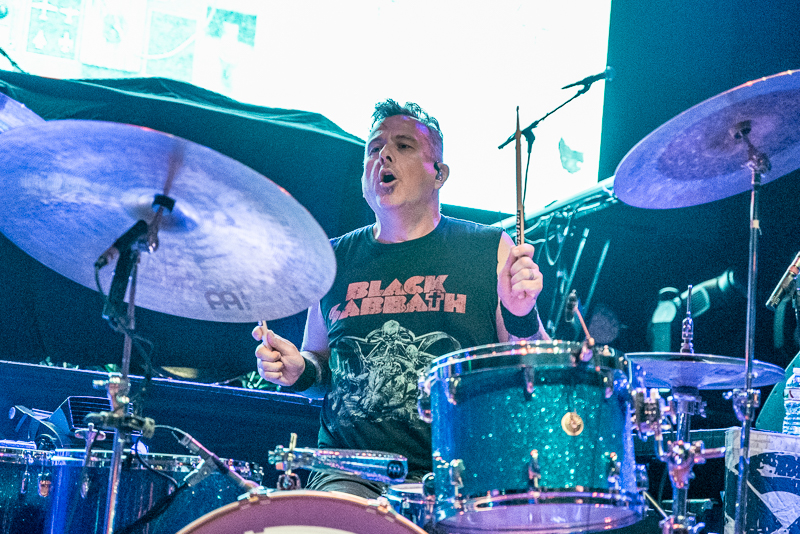 After pummeling the swelling crowd with such caveman singalongs as “Destroy Everything” and the Grammy-nominated “Live for This”, successfully pulling a good portion of the crowd out of “mosh retirement” (“I’ll contribute to your Gofundme for the knee problems”), Clutch took the stage to display what a nearly three-decade career has taught them about riling up a hungry crowd that clearly didn’t show up to sit this one out. The camaraderie among the audience was increasingly palpable over the course of the set. 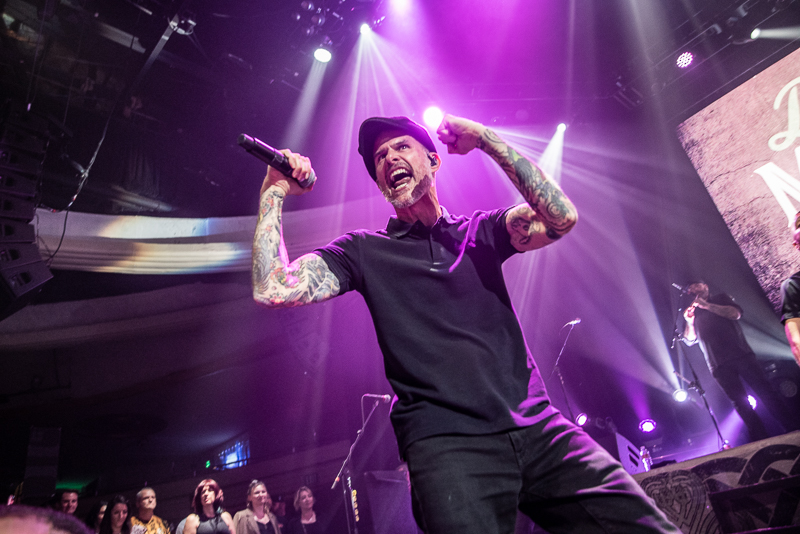 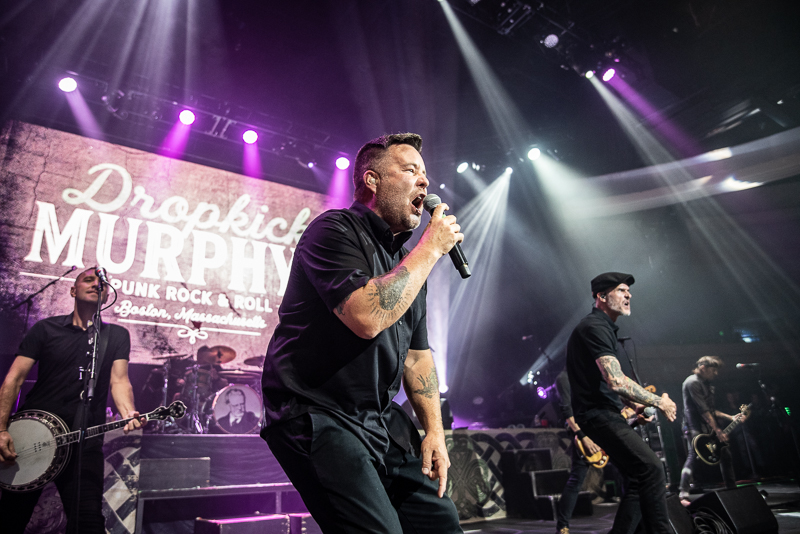 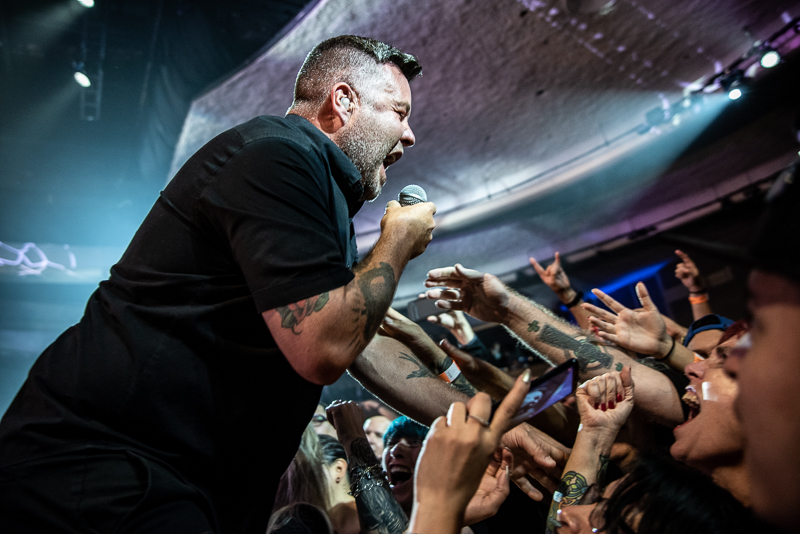 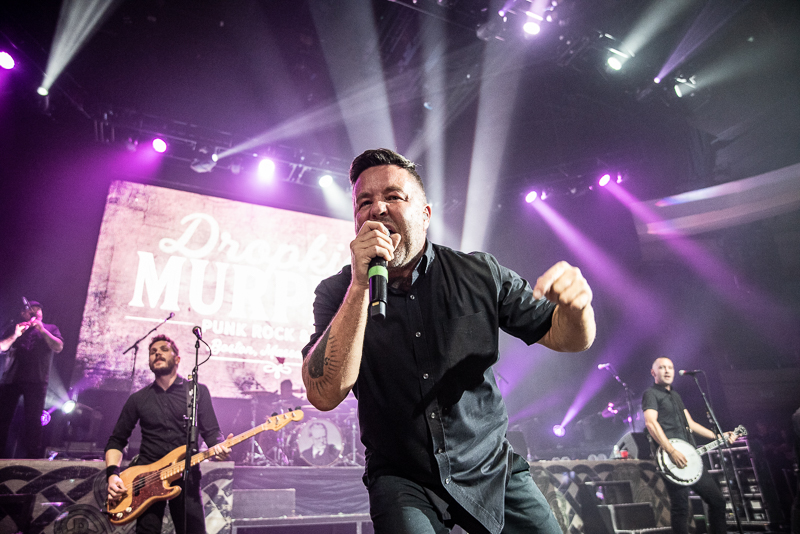 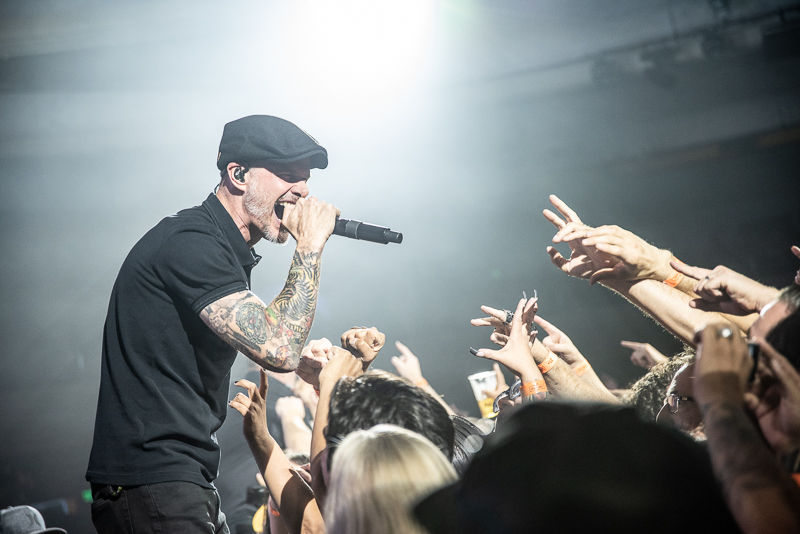 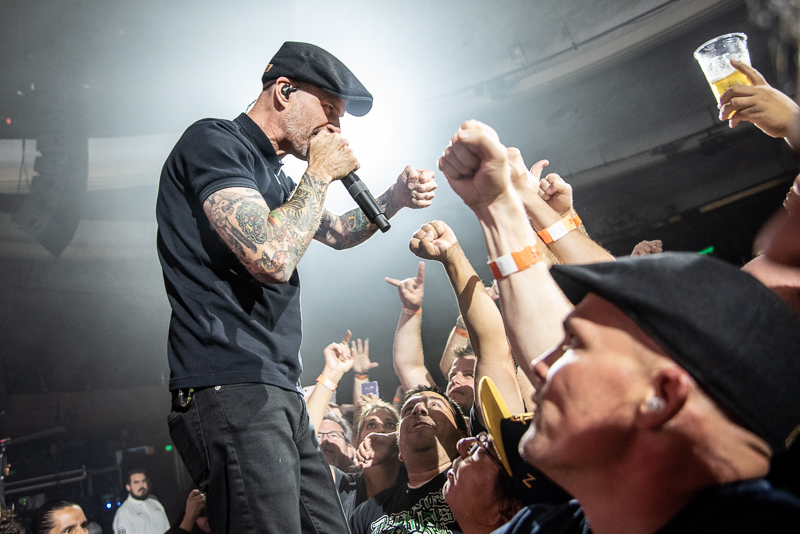 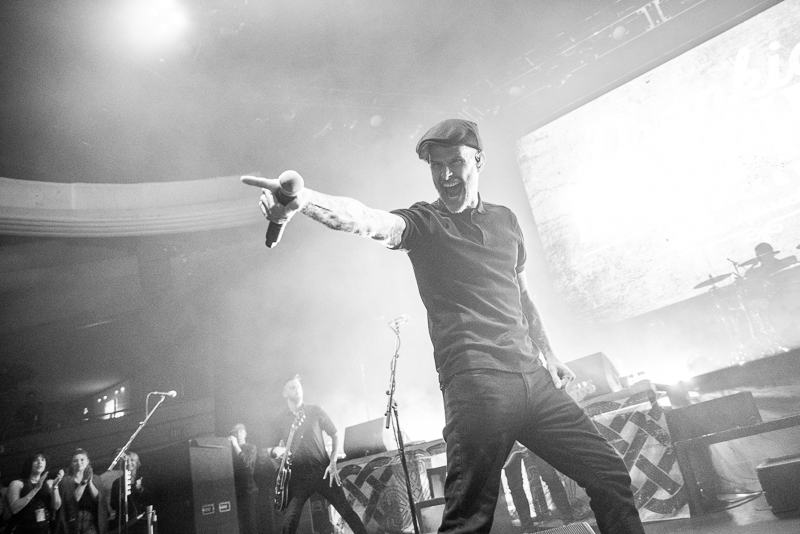 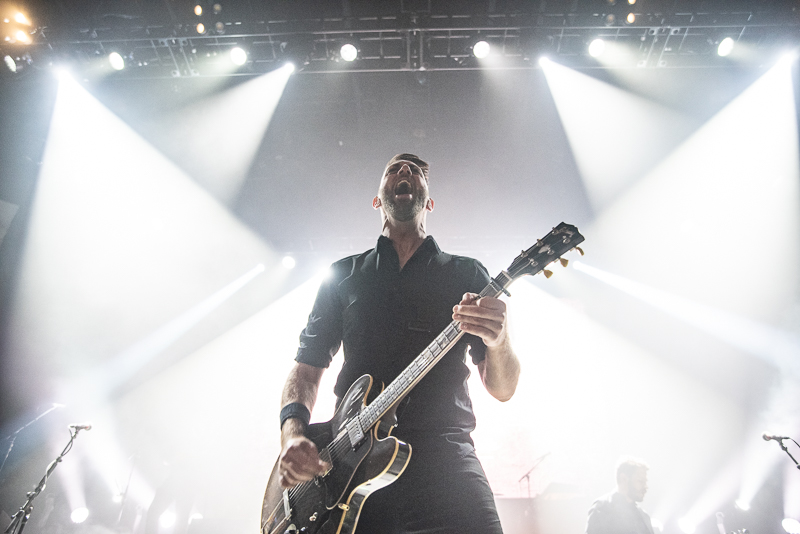 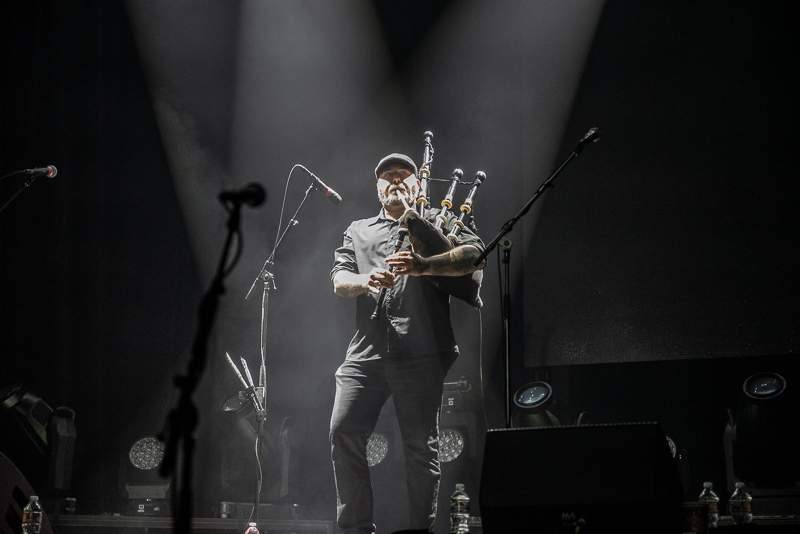 Then it was time for the Dropkick Murphys’ eight-member lineup to step in and reinvigorate the crowd to a dense fabric of tin whistle, bagpipes, and monolithic punk chords, churning and frothing from the stage beneath weather-worn calls to battle by dueling lead vocalists Ken Casey and Al Barr. The Murphys’ set exploded the brewing tension raised by the previous acts with a potent and earnest mixture of anthemic, intoxicating Celtic punk, drawn from deep wells of discontent, pride and storytelling, all of it bound together across an ocean and a couple thousand years of songcraft intended to tell stories and get people to move in both mind and body. The recipe works.

With upbeat earworms like “The State of Massachusetts” and “Prisoner’s Song” inspiring pogo jumping and kicking footwork all the way to the back of the crowd, tempered by such fist-pumping anthems as “Blood,” the set offered a rich tapestry of harmonically dense tradition fueled by punk’s brazen restlessness and dissatisfaction. It’s enough to bring everyone together in what one has to imagine are a united workers’ front, as such songcraft so readily raises from the cultural imaginary. At a relatively quiet point in the set, the frontmen encouraged strangers to put their arms around each other’s shoulders and sway and sing together. In such divisive times, as we currently face, it’s good medicine to feel both human connection and a cathartic release of tension that punk music can accomplish. It might not be the cure, but it gets the mind off the division, at least for a night.

All Photos by Boston Shultz