“Bad As The Boys” is a bright and poppy jam meant to capture the energy and emotion that one finds themselves consumed with during a summer crush. Tove Lo and Alma sing in the chorus over colorful and summery production, “I met her in the summer / Thinking life will get better / But she’s gone now / Took my heart and sunk with it / She was just as bad as the boys”. Lo and Alma’s clearly melancholy lyrics over this summery and upbeat production creates a very interesting juxtaposition. It feels like the two are essentially exorcising their negative feelings and unmet expectations for their summer relationships through the more positive production. The most attention grabbing aspect of the whole song’s sound is without a doubt the vocoder vocals that kick off the song and remain in the background throughout; they add a great texture to what could’ve otherwise been pretty standard pop production.

The video includes Lo and Alma both singing and dancing along in a few unique locations like Lo on a karaoke-style setup lit by constantly changing light or under stadium seats, or Alma on a desolate beach with small waves crashing behind her. Filmmakers Garrett Guidera, Natalia Kallio, Anna Miettinen, Charlie Twaddle and Natalie Ziering opt for a lo-fi aesthetic, with pixelated subtitles, often grainy visuals, and overlaid shots of Alma and Lo. 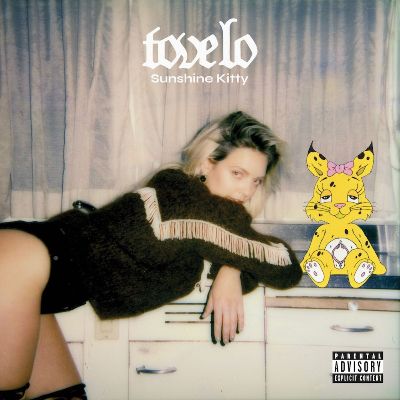