Rock artist Juliana Hatfield has announced a cover album of The Police songs called Juliana Hatfield Sings The Police. The album will released on November 15th through American Laundromat Records. The 12-song project continues Hatfield’s series of albums meant to, “go deep into covering artists that were important to me in my formative years”. Along with standard streaming, CD, and LP options, the album will also be available in a number of special editions that include goodies like label-exclusive vinyl colors, signatures, test pressings, and more. Hatfield chose to focus on the songs that resonate most with her “in the moment” for this project, including tracks like like “Rehumanize Yourself”, “Landlord”, and “Murder By Numbers”, that have sentiments on the, “ugly kinds of nationalism, abuses of power, and the mendacity of large swaths of the ruling class”, that remain relevant to this day.

The first single, “De Do Do Do, De Da Da Da”, was released along with the announcement of the project. The most immediately clear difference between the original and Hatfield’s cover lies in the vocal style. In Hatfield’s cover, the vocals feel like much more of the focus of the song, while in the original, the vocals feel lighter and not quite as attention grabbing or in the forefront of mix, as if to make room for the more twangy guitars and instrumentation. Hatfield’s take also feel much more modern, while still maintaining some of the same 80s pop rock energy and sound that the Police were known for. 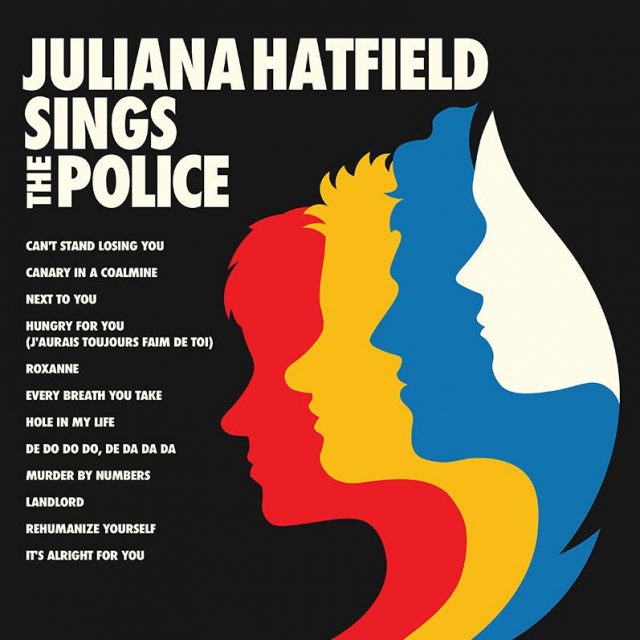 Juliana Hatfield Sings The Police Track Listing:
1. Can’t Stand Losing You
2. Canary In A Coalmine
3. Next To You
4. Hungry For You (J’Aurais Toujours Faim De Toi)
5. Roxanne
6. Every Breath You Take
7. Hole In My Life
8. De Do Do Do, De Da Da Da
9. Murder By Numbers
10. Landlord
11. Rehumanize Yourself
12. It’s Alright For You