Philip H. Anselmo and the Illegals are set to perform Slayer’s Final Tour along with Primus and Ministry. Philip H. Anselmo and the Illegals played a full set (11 songs) of Pantera covers at The Viper Room last November when Anselmo said “Let’s make this clear. I’m doing this set in honor of Vince and Dime.” Drummer Vinnie Paul died on June 22, 2018 and guitarist Dimebag Darrell of Pantera died in 2004 after being killed by a gunman onstage.

Philip H. Anselmo & The Illegals announced they will be performing a ‘vulgar display’ of some of Pantera’s best songs for Slayer’s Farewell Tour.  Pantera’s sixth album, A Vulgar Display of Power is often considered one of the most influential heavy metal albums of the 1990’s. Some of the tracks include, “Mouth for War”, “A New Level”, “Walk”, “Fucking Hostile”, and “No Good (Attack the Radical).” Anselmo joined Pantera back in 1986 after replacing their former lead vocalist.

Slayer has been working extra hard to ensure fans by and large enjoy their Farewell Tour. By the time the 18-month trek wraps on November 30, the band will have completed seven tour legs plus a series of one-off major summer festivals, performing more than 140 shows in 30-countries and 40 U.S. states. Tickets for the final leg of Slayer’s Farewell Tour are available HERE.

Slayer includes Tom Araya/bass and vocals, Kerry King/guitars, Gary Holt/guitars, and Paul Bostaph/drums. Their Final World Tour has been described as a wild ride with three bus drivers, four truck drivers, and a crew of 32 who have traveled the world over to set the stage. At a majority of their shows, the band’s pyro expert set off 160 pounds of propane and 10 liters of 99% isopropyl alcohol. In a statement, the scene is described, “eyebrow-singeing pyrotechnics that could be felt even 10 rows behind the pit.”

Frontman of Ministry Al Jourgensen said, “In honor of Slayer’s final farewell, we will be serving all meat in the set, no appetizers, no dessert, just bringing the beef, baby. Looking forward to this!” No doubt about it, diehard fans are relentless and one fan who was kicked out of a Toronto show later returned after swimming Lake Ontario to get back to the venue.

Update (7/17/19) Philip H Anselmo and the Illegals announced they will perform at one of Ministry’s upcoming shows this fall. The show is separate from the Slayer Farewell Tour and will take place on November 23, 2019 in Garden City, Idaho at the Revolution Center. Ministry announced some upcoming fall tour dates aside from the Slayer tour. 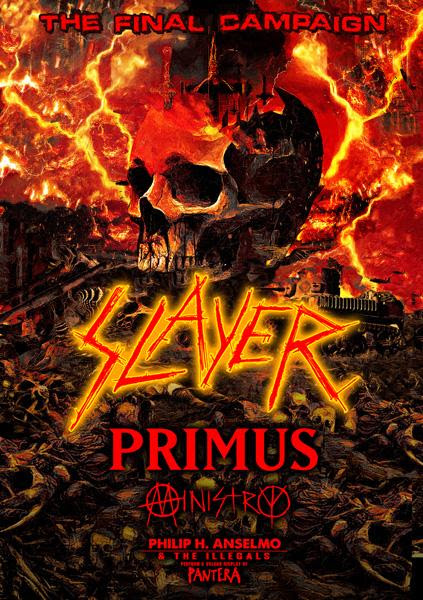 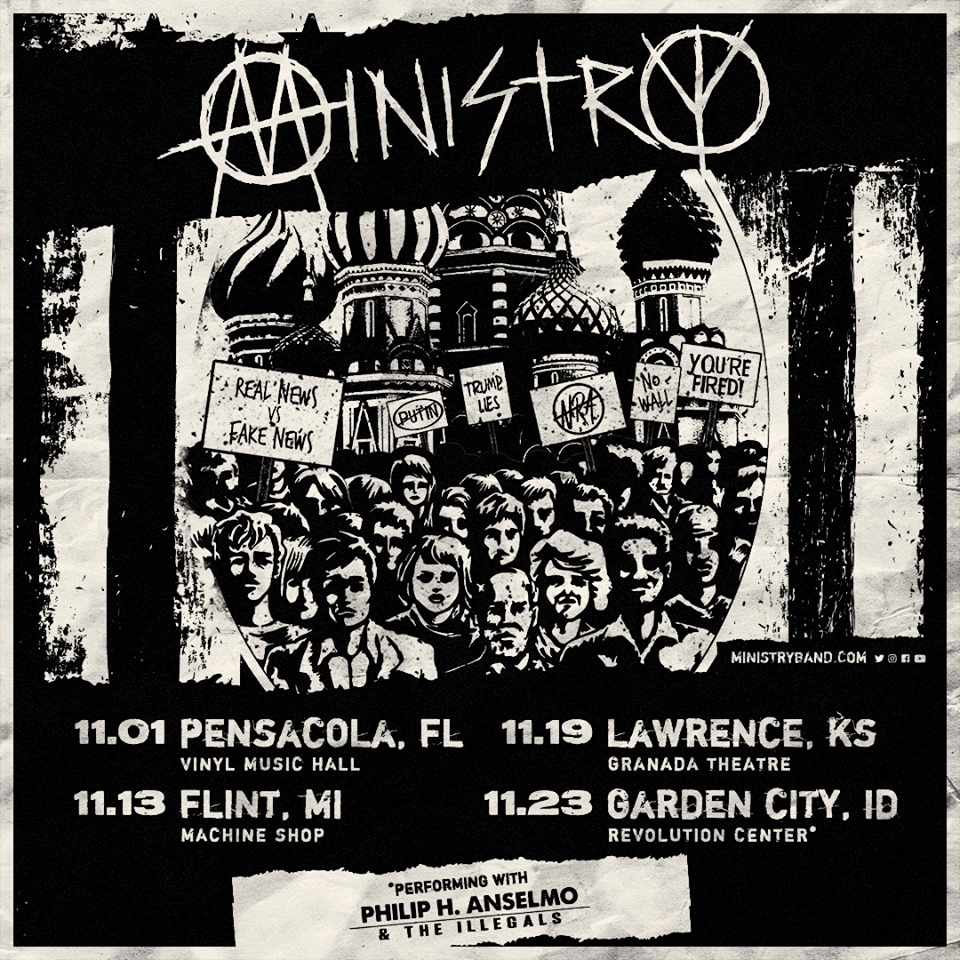