In Celebration of the release of their album Grand over a decade ago, indie rock duo Matt & Kim have announced a new set of fall tour dates. These dates will begin in Cleveland this October and ends in Brooklyn at the end of November.

“In celebration of its 10 year anniversary, we’re going on a U.S. tour playing our album GRAND in its entirety (as well as a bunch of other songs),” Matt said in a statement according to Pitchfork. “This album totally changed me and Kim’s lives, but some of the songs off GRAND we’ve never even played live before. We’re really excited we get to do this trip and we’ve never done anything like it. It’s gonna be special.”

“It’s (Almost Everyday) only 29 minutes long, it’s short, but it has everything it needs,” Matt Johnson explained in an interview with mxdwn.  “Sometimes in the past we were very focused on making singles, songs that sit by themselves, and I believe in every song we’ve ever put out, but I think this album has songs that were never meant to be a single, they’re only meant to be on an album and experienced that way. And I think it’s really cool and reminds me of something we would’ve done right when we started.” 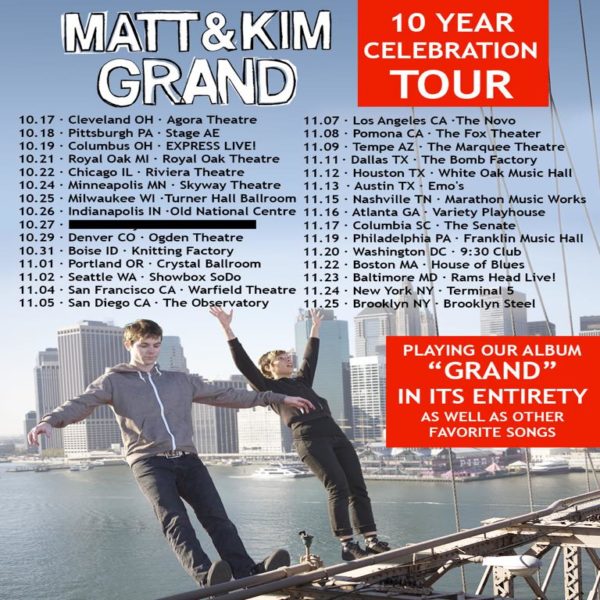