Pop artist Maggie Rogers has just announced a a new set of fall 2019 tour dates, with two completely new stops on the west coast at Greek Theatre in Los Angeles on September 19 and in Atlanta at The Fox Theatre on October 14. These shows are a part of the artists Heard It In A Past Life tour, which are in support of her debut album Heard It In A Past Life.

Rogers gained popularity in 2016 after her song song “Alaska” was played to Pharrell Williams during a masterclass at New York University’s Clive Davis Institute of Recorded Music. She explains this part as essential to her gaining a wider audience.

“First of all, the whole Pharrell and going viral thing is an essential part of my story,” she explained in an interview with the Independent. “It’s how most people know me. I’d be showing up in places like France and they’d be like, ‘Tell us about Pharrell’, but I realise that I haven’t really given people anything else to talk about yet. That’s why I’m so excited about this new record.” 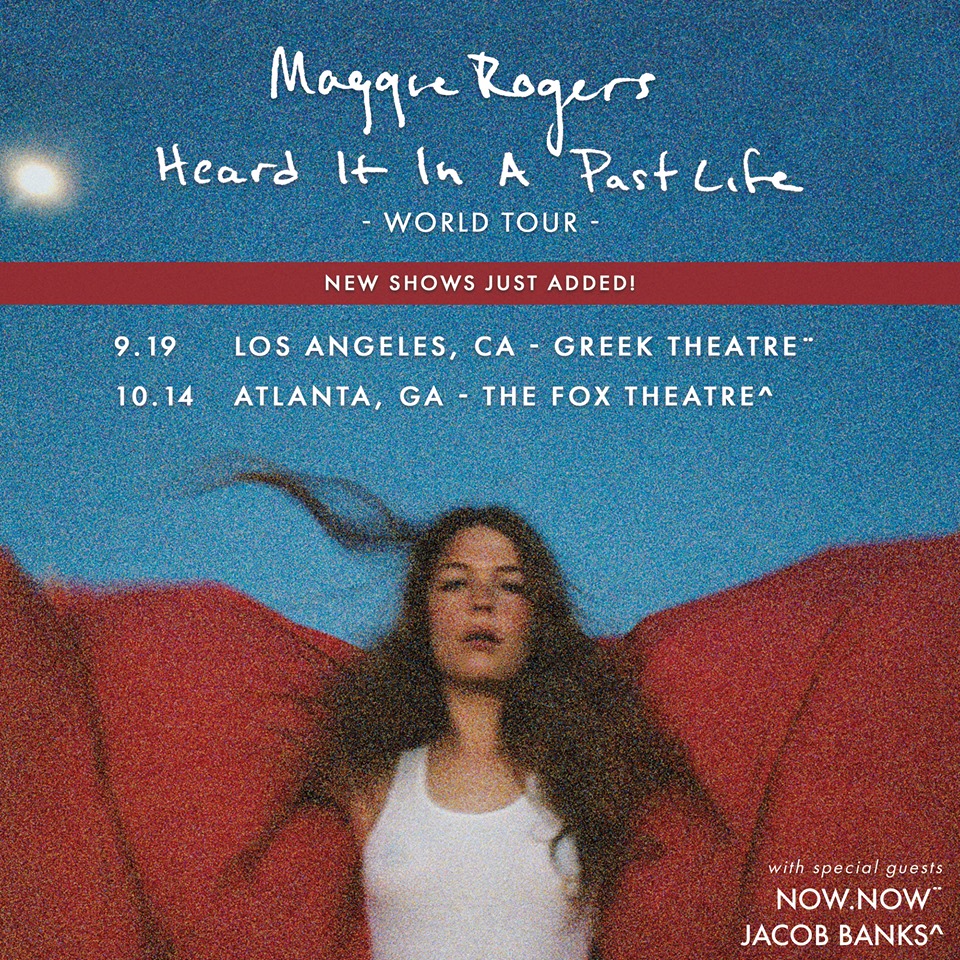 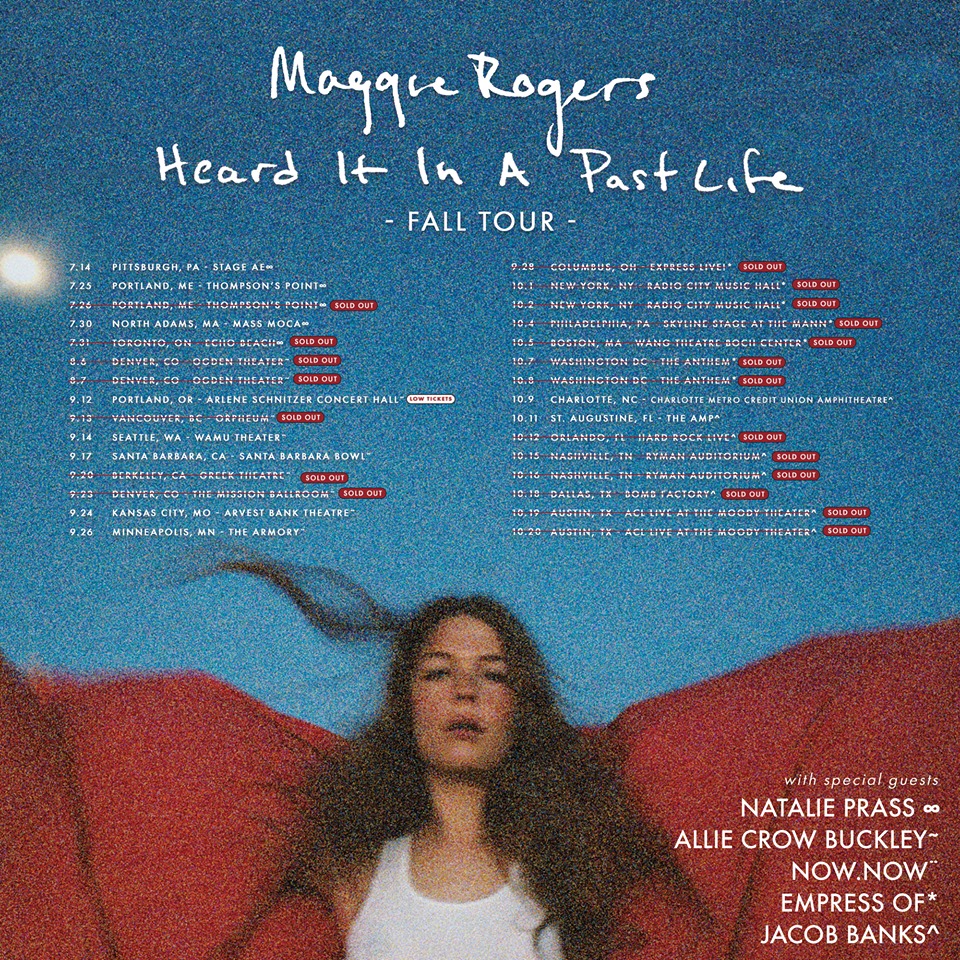