Morrissey finally announced a tour in support of his anticipated album California Sun. On tour with the British singer songwriter will be the American rock band Interpol. The tour will take place in the Fall of 2019 and will begin on September 5th and conclude on October 6th. Interpol and Morrissey will be hitting up small and big cities alike including Columbia, Highland park, Austin, Queens, Rochester Hills, and San Francisco among others. 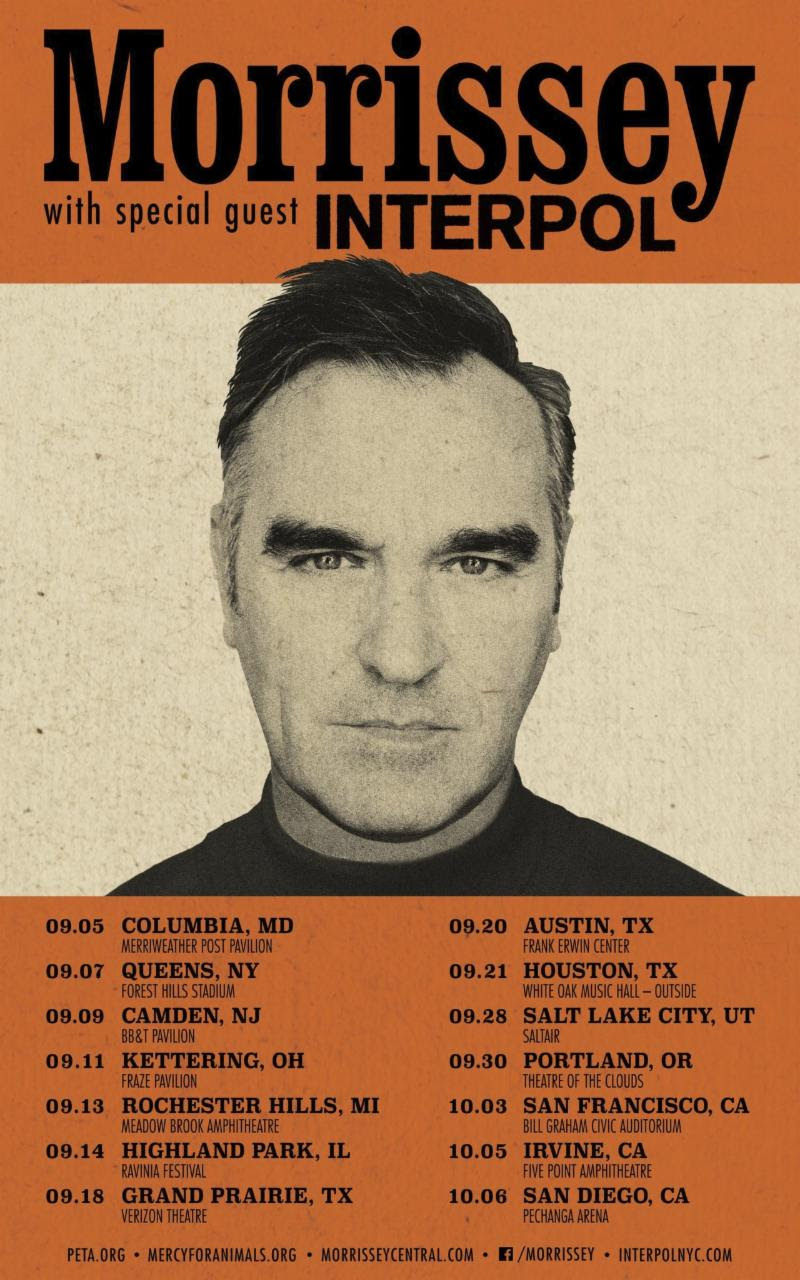 California Sun will be released on May 24th of this year. The record is a 60s/70s cover album that will include hits like “Loneliness Remembers What Happiness Forgets,” “Suffer the Little Children,” and “Some Say I Got Devil.” On April 8th Morrissey released his first single off the album, a cover of The 5th Dimension’s piece “Wedding Bell Blues.” The rendition features other rock artists including Billie Joe Armstrong of Green Day, and Lydia Night of The Regrettes.

Morrissey is best known as the frontman for the rock band The Smiths. It was there that he rose to prominence as a singer songwriter, helping write major hits for the group such as “This Charming man,” and “There Is A Light That Never Goes Out.” Often dark, depressing, and humorous, his lyrics set the band apart from the 80s dance music that was characteristic of the time. His membership and work with the band led him to become a staple of British pop culture. After his time with The Smiths, Morrissey began a successful solo career in which he became a popular symbol of intriguing and sardonic rock vocals.

With its indie sound and emotional lyrics, Interpol will be a fantastic addition to the Fall tour. Having played with bands like The Strokes and Longwave, Interpol reserves a spot in the New York indie post-punk scene of the 2000s. Interpol’s most acclaimed works include their debut album Turn on the Bright Lights and their singles “Obstacle 1,” and “Slow Hands.” Most recently, Interpol released their sixth album Marauder.

Seeing the combination of older rock and 2000s indie rock come together will surely be exciting and wonderfully complimentary. The Morrissey and Interpol tour will not be something rock fans will want to miss. Tickets for the tour go on sale April 12th. More information about tickets can be found here.