The Mo Pop Music Festival announced its 2019 lineup which includes headliners Tame Impala, Lizzo and Vampire Weekend. Mo Pop takes place in the West Riverfront Park, a 20-acre green oasis with a pathway along the water located in Detroit, Michigan.

The first edition of this festival was held in 2013 and featured a single day of acts. The day included performances by Capital Cities, JR JR and The Mowglis. Since 2013, the lineup has featured more and more established artists such as Alt-J, Bon Iver and Portugal. The Man.

One of the featured artists, Tame Impala, is making his way around the United States as he is set to tour in the spring. His highly anticipated tour includes a headlining spot at Coachella in addition to the Boston Calling and Primavera Festival. Fans can expect energetic performances for popular tracks like “The Less I Know the Better” and “Let It Happen.” Lizzo, the rapper and singer from Minneapolis, recently dropped a single called “Juice” at the beginning of the year. She is also performing at Coachella and will tour the United States throughout the spring. The melodious indie rock band also headlining, Vampire Weekend, dropped two new singles the other day. The tracks “Sunflower” and “Big Blue” are out to promote the newest album Father of the Bride. This will be the band’s fourth album and first one since their 2013 release Modern Vampires of the City.

Other highly anticipated performances include Ella Mai and Kali Uchis. Ella Mai just received the Grammy award for Best R&B song for her single “Boo’d Up.” The singer, songwriter and producer Kali Uchis released her single “BadButNotGood” and then her debut album Isolation, which reached 32 on the Billboard 200, in January of 2018.

Festival goers of Mo Pop will have many opportunities for additional fun including various pop-up restaurants and a tent filled with arcade games. Tickets for the two-day music festival can be purchased here and are on sale now. 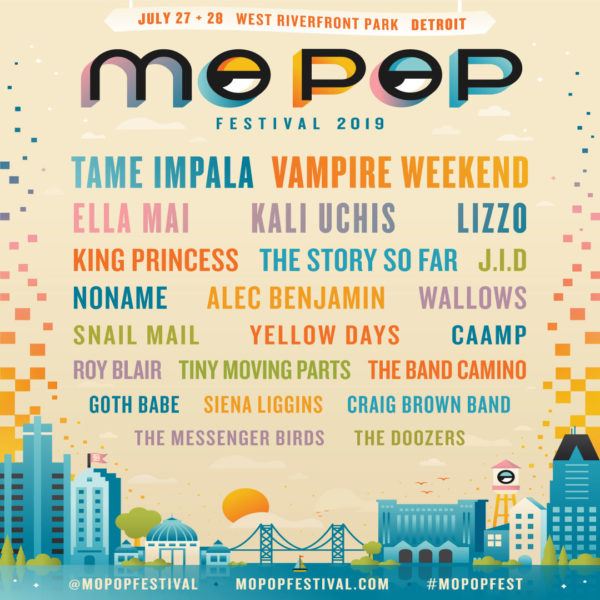