The California based American rock band, The Growlers are hitting the road this Summer for their North American tour. The 20-date tour will make its debut in July starting in Phoenix, followed by a two-night stay in Denver, Colorado. Along the way, the band will perform in cities across America including Buffalo, Toronto, Albany, Charlotte, Atlanta, Baton Rouge, and Virginia Beach just to name a few.

This summer will see The Growlers make their live debut in a couple of legendary spots. They will make their first appearance at the legendary Stone Pony in Asbury Park, New Jersey as well as at CrossroadsKC in Kansas City, Missouri, Agora Theatre in Cleveland, Ohio, Asbury Hall in Buffalo, New York and the Neighborhood Theatre in Charlotte, North Carolina.

It will then conclude in Texas with a three show run in Houston, San Antonio and Dallas. In the midst of the summer tour, the Growlers will have a special show on July 18th, at the Ogden Amphitheater in Ogden, Utah with special guests The Flaming Lips. Following their North American run, the band will move themselves across the pond to the UK to perform at the Green Man Music Festival in Brecon Becons, Wales. The Growlers will perform alongside Sharon Van Etten, Khruangbin, Idles and many more.

The Growlers consists of singer Brooks Nielsen, lead guitarist Matt Taylor and keyboard player/guitarist Kyle Straka. Their summer run will be in support of the band’s latest record, Casual Acquaintances, which was released back in July of 2018.

Check out the band’s full itinerary down below. For fans who to rock out this summer, tickets for the Summer dates will be available to purchase starting this Friday, March 1st. 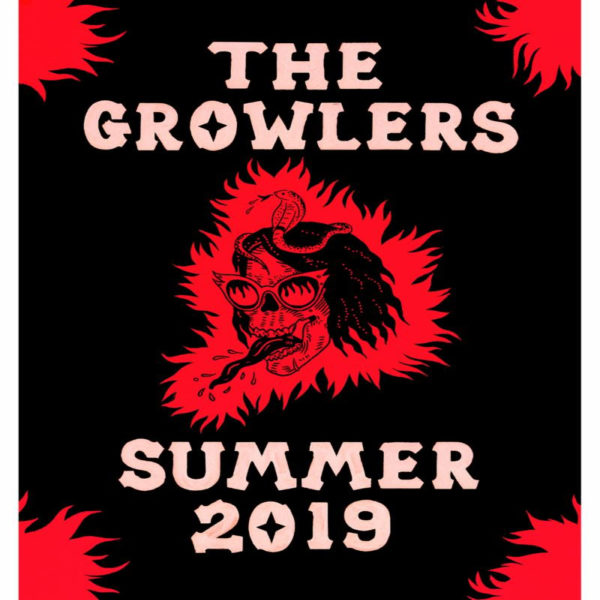