Indie rock godfather Morrissey is taking an interesting step in his career: releasing a new cover album entitled California Sun, which is set to be released this May. This new covers album will feature Ed Droste of Grizzly Bear, Petra Haden, known for her work with The Decemberists and Billie Joe Armstrong of Green Day.

This album will cover many classics from the 60s and 70s from influential artists including, but not limited to: Roy Orbison, Joni Mitchell, Dionne Warwick, and Bob Dylan. Other collaborators on the project include Sameer Gadhia of Young the Giant, Ariel Engle of Broken Social Scene, Lydia Night of The Regrettes, Dionne Worwick and American singer LP.

One of the first tracks, a cover of Roy Orbison’s “It’s Over,”(not to be confused with The Smith’s classic “I Know It’s Over.”) was released today featuring vocals by LP. This track takes a grandiose step with the track, featuring Morrisseys exceptional vocals, laden with LP’s singing virtuosity as well.

Roy Orbison Jr. stated that this cover was exceptionally done, and that he has great respect for Morrissey as a musical artist. “We love Morrissey! Morrissey’s hair, and melancholy and poetic lyrics always reminded me of my dad. His version of “It’s Over” is great,” Orbison Jr. explained in a press release.

LP also discussed the track, explaining a bit about the recording process and how working with Morrissey, who has a career spanning almost 40 years, has been. She explains that he’s an “audiophile,” who is “well-versed in many genres.”

“When I would think of Morrissey and his music it was always with great respect and appreciation as I’m sure is the case with many of his fans. However, I soon realized when I hung out with him and he played me all the songs he was putting on this record that behind this was the heart of an audiophile and a deep fan of his own musical heroes,” LP explained in a press release. “He is well versed in so many genres and knows deep cuts of artists I thought I knew so much about. It is inspiring to see the enthusiasm and intellect he brings to people through his own musical journey.”

Despite the album, Morrissey is still known for attracting controversy, having called Halal Ceritifiers “ISIS Supporters,” and claiming that Hitler was “left-wing.” This makes his decision to collaborate with the outspoken Billie Joe Armstrong, who has famously criticized right-wing administrations, and their supporters a strange, although the album is not expected to be political. 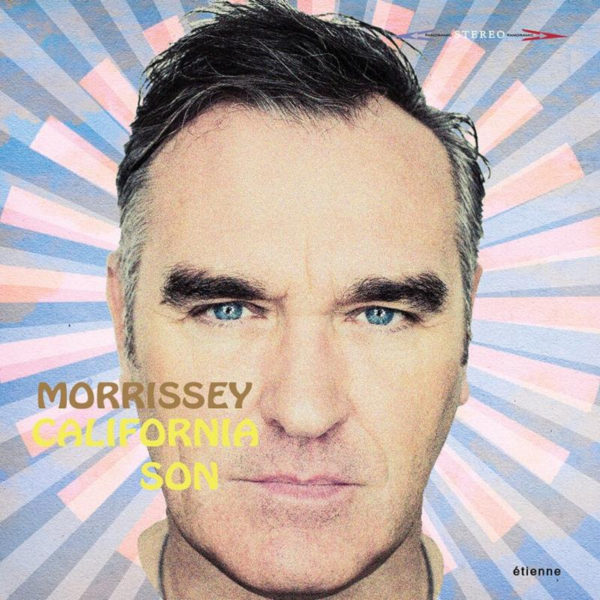