Secret Solstice has just announced the first round of artists lined up for phase one of the festival. Part of the highly loaded lineup includes Rita Ora, electronic favorites Morcheeba, and Russian punk-rockers Pussy Riot. The festival will also see Dutch DJ Martin Garrix headlining the main stage on the first day while Robert Plant & The Sensational Space Shifters will close the festival on the third day. At least three other headliners for the second and third day have yet to be announced, so be sure to stay tuned. 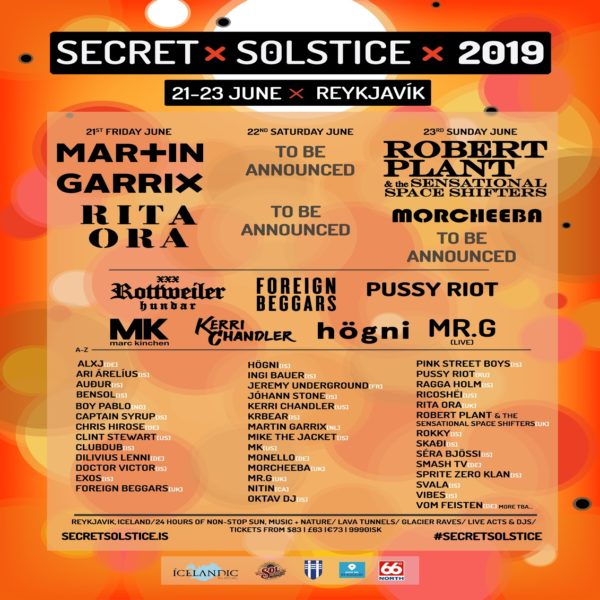 The festival heads to Iceland for the very first time and will be held in the country’s capital, Reykjavik, for 2019. This will truly be a once-in-a-lifetime experience for all festival goers as they will get to bask in the extraordinary scenery of Iceland during the summer solstice weekend. Attendees will enjoy 72 hours of uninterrupted daylight along with many of their favorite musical acts. Summer Solstice will be held from June 21 to June 23. Early bird weekend passes are already on sale and can be purchased through the festival’s website here.

Russia’s Pussy Riot is known for their provocative punk rock protest performances. They will be joined at the festival by London’s groovy and downtempo Morcheeba, along with more than 30 other acts. To close this highly unique festival off is none other than the legendary rock icon Robert Plant, formerly of Led Zeppelin, with his latest band, The Sensational Space Shifters.

Update: The second phase of the lineup has just been released, which sees the second day being headlined by the iconic hip hop group, Black Eyed Peas. They will also be joined by fellow hip hip greats The Sugarhill Gang, as well as punk rock queen, Patti Smith. 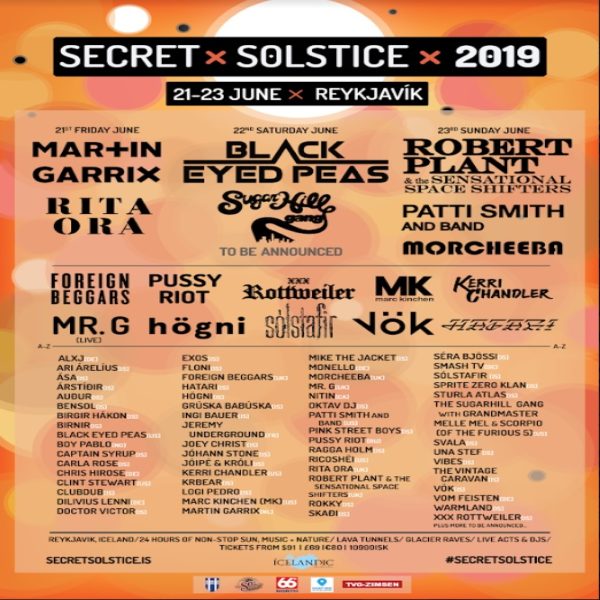