What could be more apropos than providing 80’s and 90’s nostalgia in a musical sense? Well, rest assured we can now enjoy a trip back in time with the newly released cover song by Weezer, “Everybody Wants to Rule the World” originally performed by Tears for Fears. The 80’s were a much calmer time in the social and political sense. It was an era that wasn’t divided into two polarizing republican and democratic parties. Music was different as well. Thanks to Weezer for bringing it back with The Teal Album which includes a 10-song tracklist, solely dedicated to 80’s cover songs.

Weezer’s dedication to naming their albums started with The Blue Album (1994), The Green Album(2001), The Red Album (2008), and The White Album (2016). Now we have The Teal Album which will be followed by The Black Album set to drop on March 1, 2019. The Teal Album includes, Toto’s “Africa” and Tears For Fears’ “Everybody Wants to Rule the World” plus The Eurythmics’ “Sweet Dreams (Are Made Of This)”, a-ha’s “Take On Me”, and Michael Jackson’s “Billie Jean”.

Tears for Fears was huge back in the 80’s with multiple hits although, “Everybody Wants to Rule the World” was enormously popular. The song’s lyrics include, “Welcome to your life. There’s no turning back. Even while we sleep. We will find you acting on your best behavior. Turn your back on mother nature. Everybody wants to rule the world.” 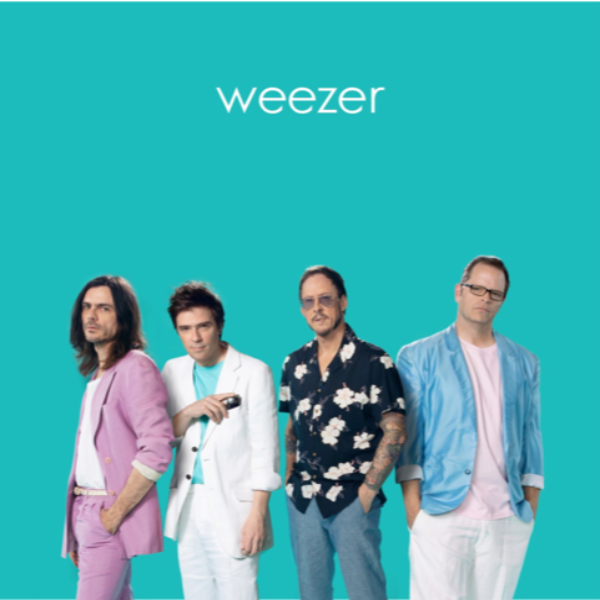 Weezer released their music video for “Africa” using the infamous Weird Al Yankovic. This song is on The Teal Album and the video portrays Weird Al posing as Weezer’s frontman Rivers Cuomo. The video was directed by Brendan Walters and Jade Ehlers who basically captured their inspiration from “Undone – The Sweater Song” a very popular song by Weezer back in the 90’s.

Last summer, Weird Al joined Weezer onstage for the “Toto” cover song. Weird Al handled the keyboard solo like a pro, capably playing on his ever-present accordion. In July 2018, Toto keyboardist Steve Porcaro  joined Weezer for a rendition of the song on Jimmy Kimmel Live!.  Then, their August 8 show at Los Angeles’ The Forum is where they arguably hit their peak, with the special guest appearance of comedy legend, “Weird Al” Yankovic