Fire In The Mountains Announces 2019 Lineup Featuring Wolves in the Throne Room, The Ruins of Beverast and Saor - mxdwn Music

Fire In The Mountains Announces 2019 Lineup Featuring Wolves in the Throne Room, The Ruins of Beverast and Saor

Metal fans will have to start looking up flights to Wyoming because Fire In The Mountains has announced its full 2019 lineup and it’s certainly worth the travel. Headlining this festival, which bills itself as an outdoor metal gathering, is acclaimed Northwestern black metal band (and no strangers to outdoor performances) Wolves in the Throne Room. The festival takes place on July 13th and 14th at Heart Six Ranch, located in the Grand Teton National Park. Tickets are $99.00 and went on sale yesterday.

The festival is currently working out the permitting for on-site camping, but promises they’re doing everything in their power to have camping at the festival site. Being in the heart of a National Park, there are plenty of other places to camp, along with all of the recreational opportunities afforded to those who explore outside the festival grounds. Hopefully the seemingly never-ending federal government shutdown doesn’t have an effect on this exciting extreme music festival.

Other groups that will be a part of the festival’s largest lineup to date include German extreme metal group The Ruins of Beverast, Scottish group Saor, Blood Incantation, Spectral Voice, Osi And The Jupiter, Munly And The Lupercalians, Un, Ails, Foret Endormie, Stormkeep and Lykotonon. Interestingly, experimental folk rock band Slim Cessna’s Auto Club will join the ranks of what is largely a metal-centric festival. 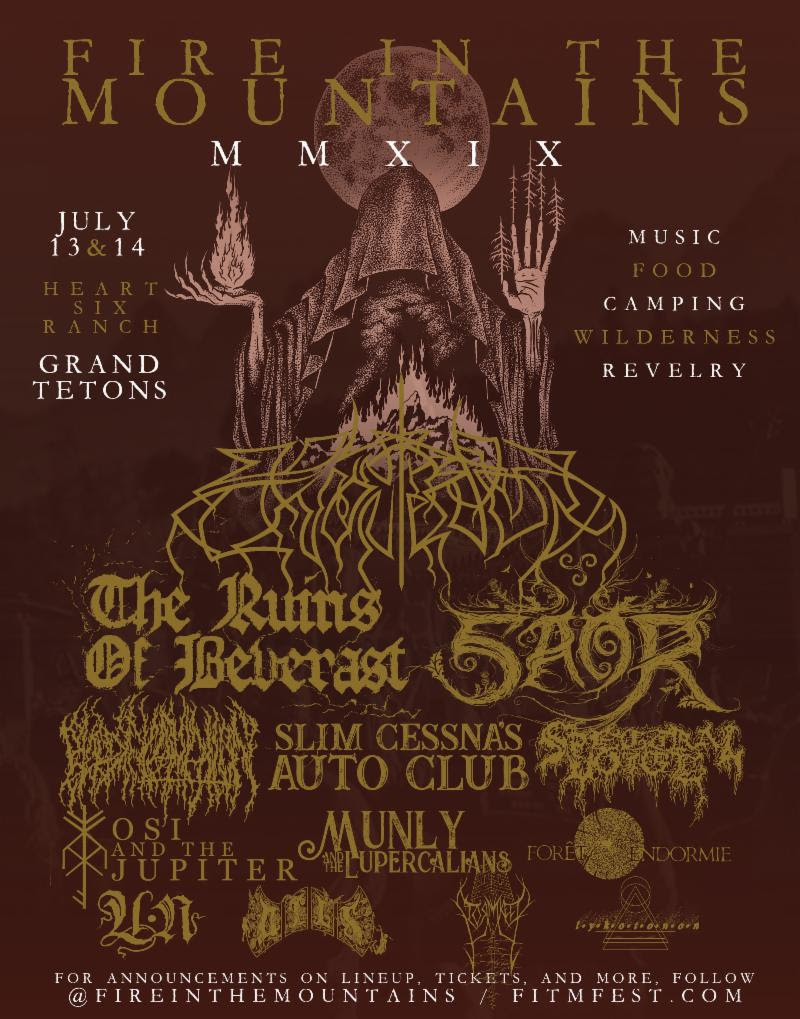