British alt-rock band Catfish and The Bottlemen have announced a 2019 tour and also shared a new video for their song “Longshot.” The tour begins in mid-March and runs through the beginning of May, with the band performing in cities like St. Louis, MO, Dallas, TX, Los Angeles, CA Denver, CO and Brooklyn, NY. The dates are very West Coast-centric, so don’t be shocked if the band has another leg of the tour up their sleeves.

The song fits in perfectly with the indie rock sound that the band led by Vann McCann has developed over the last decade. No word yet if this song is a preview of a new album or simply a stand-alone track. Catfish and The Bottlemen last released an album in 2017, an extremely fun LP called The Ride.

The video is a stylish clip, featuring the band in all-black get-ups performing the bounding, melodic rock track. The guitars are thick and crunchy, with just a touch of the sublime effects manipulation of U2’s The Edge. Much like “7” and “The Soundcheck” from The Ride, “Longshot” has a chorus that you’ll not soon forget, digging deep into your craw before you know it’s embedded there. 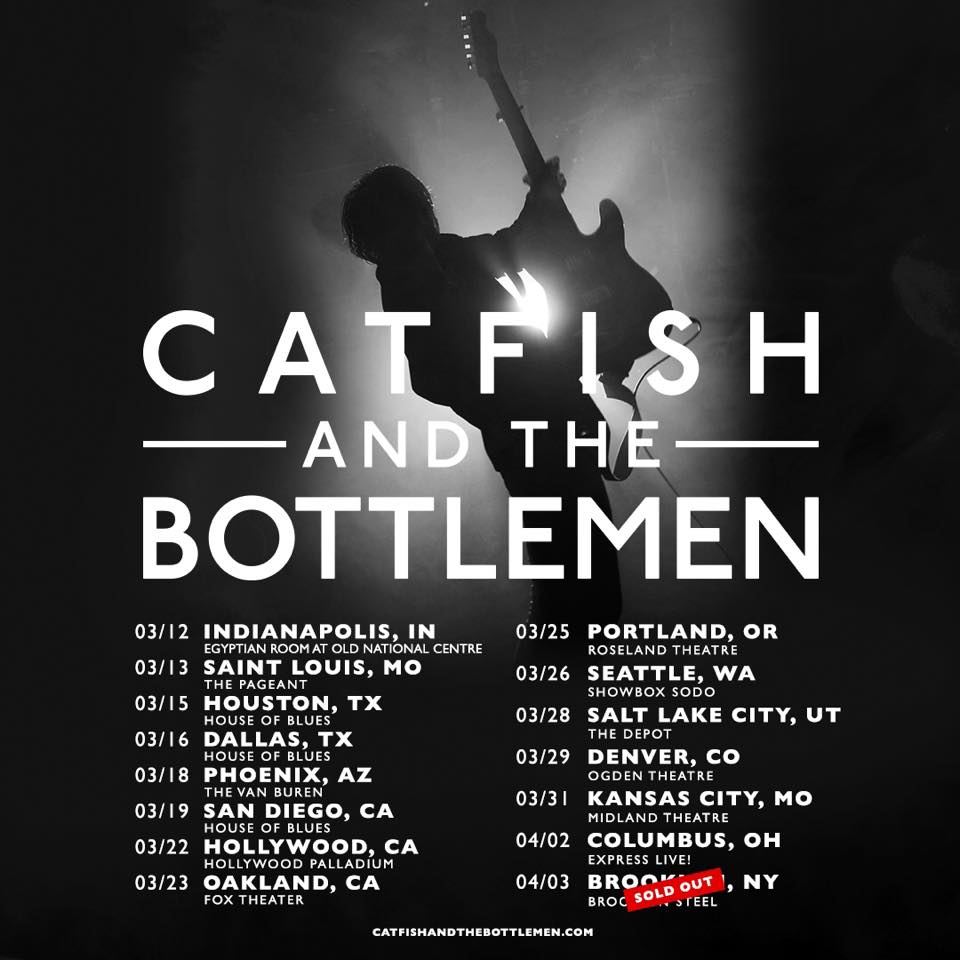