mxdwn PREMIERE: Church Girls Explore Conflict and Forgiveness with an Addict on “Cycles”

Philadelphia indie band Church Girls are releasing a new EP this January, called Cycles. Today, we’re excited to premiere the latest single from the extended play, which just so happens to be the title track.

“‘Cycles’ is about the continuity of conflict and forgiveness with someone who has an addiction,” said lead singer and guitarist Mariel Beaumont. “It can be difficult to discern the source of that conflict–is it the person or the disease? Am I contributing to the problem with my own issues and resentments? Ultimately, it’s about extending compassion to that person, and also myself. It’s my favorite song we’ve ever released.”

The song starts with arpeggiated guitar riffs that recall the best of ’90s post-punk, giving way to a complexly intertwined sound between the guitars, bass and drums. Beaumont’s lyrics are straightforward, making it easy to see understand the reference she makes in the quote above to the song’s theme. The manner which the song moves from its mid-tempo verses to a more pop-punk influenced chorus gives “Cycles” a dynamic songwriting quality that bodes well for the band’s future – instrumentally, it’s easy to see the band’s influences like Speedy Ortiz and The Breeders.

Cycles is out on January 25 via Chatterbox Records. It’s produced by Scott Solter, who’s worked with The Mountain Goats, Superchunk and more. Rounding out the lineup of Church Girls is Michael Liszka on drums, Vince Vullo on bass and vocals and Joseph Wright on guitar and vocals. 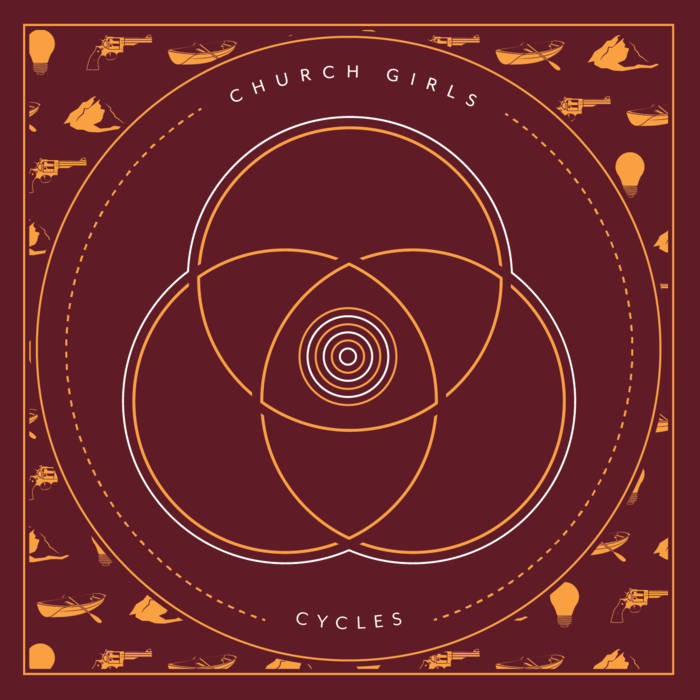