The annual Hang Out Music Festival in Gulf Shores, Alabama is set to kick off from May 17-19 this year, and the official line-up has been released. This 2019 line-up features a plethora of artists across numerous genres including Travis Scott, Vampire Weekend, Diplo, Kygo, The 1975, Cardi B, Jimmy Eat World and Bishop Briggs.

Hang out Music Festival launched in 2010, and was the first music festival held in that Alabama City. The first year of the festival had the Trey Anastasio Band, Zac Brown Band, and John Legend as headliners, while The Roots, The Black Crowes and Ben Harper and Relentless7 were also on the bill. Acts such as The Flaming Lips, Stevie Wonder, Paul Simon, The Foo Fighters, Tom Petty and the Heartbreakers and Outkast have performed at the festival.

“We have a really great team behind Hangout Music Fest and we are big fans of communication,” O’Connell told the Tennessean back in 2017. ” From day one, we go in knowing that we want to produce the best festival in America, so we recruit the best in the business to get it done. And by the end, we’ll have another amazing show on the beach.”

While the festival has found its home at the Gulf Shores, O’Connell has explained that they have sought to apply new things every year for the festival. According to O’Connel however, the execution for these ideas must be practical in regard to its implementation.

“There’s a very big difference — we are constantly dreaming up new ideas, but like you said, there’s a difference between a good idea and a good idea with good execution,” O’Connel elaborated.”Only ideas that we feel strongly about and we know will be well-executed end up making it to the show.”

Vampire Weekend has been making the festival rounds recently, with the band being confirmed for an appearance at the Mad Cool Festival, in Madrid Spain, next year. This announcement came after GQ retracted a story regarding rumors discussing an upcoming album from the band.

Diplo is set to be on the upcoming SnowGlobe 2018 music festival at the end of the year. The artist will be joining trance legends Above & Beyond, progressive house producer Eric Prydz and fellow trap producer RL Grime on the line-up. In addition the artist has teamed up with Labrinth and Sia as LSD to release the track “Thunderclouds,” earlier this year.

Bishop Briggs has also been making the festival rounds, joining the iHeartRadio ALTer Ego festival line-up alongside Muse and Rise against in 2019. As opposed to the main iHeartRadio music festival, the ALTer Ego edition focuses entirely on alternative music. Earlier this year the artist also released a single and accompanying music video for “Baby.” 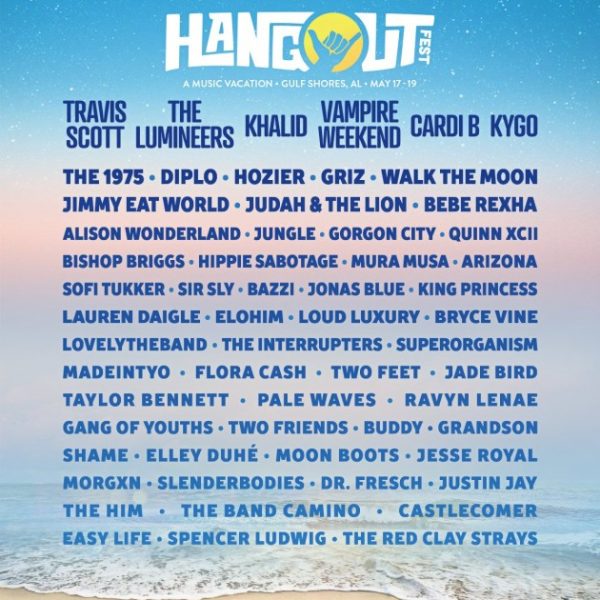