Metal band Between The Buried and Me has announced winter 2019 tour in support of their latest album Automata II, released in July. The album shortly followed Part 1, released in March. The tour is slated to kick off February 8th in Athens, GA and will hit other major cities including Asbury Park, Cleveland, Milwaukee, Reno, and New Orleans before concluding in Greenville SC March 10th.  TesseracT and Astronoid are set to join the band on the road, with tickets for the tour going on sale this Friday, November 2nd at 10 am local time through the band’s website. See the full list of dates below. 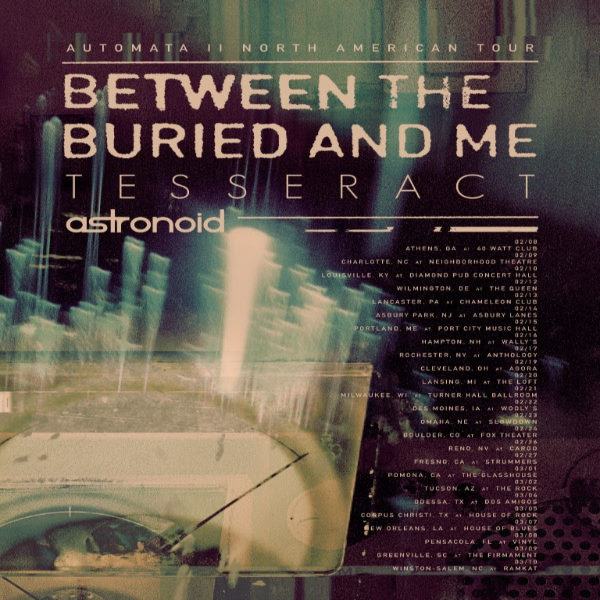